The overall efficiency of a power supply is very important, especially when operating at higher power levels.  The less waste heat generated the better!  Efficiency is defined by the power output divided by the power input and is usually expressed as a percentage.  If a PSU were a 100% efficient (which none are) 600 watts of AC power going in would result in 600 watts of DC power coming out (with no waste heat to dissipate).  In the real world there are always inefficiencies and power is lost in the form of heat during the conversion process.

I measured the AC power input to the Toughpower 1,500W PSU with the Extech power analyzer while the total DC load was found by adding all the individual +3.3V, +5V, +12V, -12V and +5VSB loads together.

The overall efficiency of the Toughpower 1,500W power supply is very good.  The maximum efficiency appears to peak out around 750W. 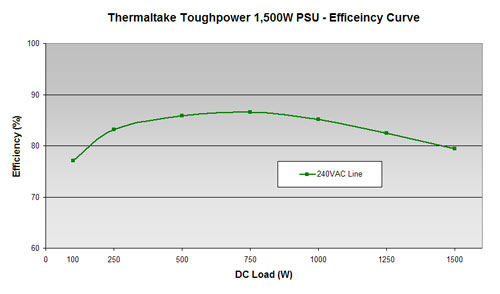 To simulate real world operation the Thermaltake Toughpower 1,500W power supply was mounted in a modified mid tower case (Lian Li PC60) for testing.  Some of the warm exhaust air from the PSU under test is recirculated back into the case, which allows the internal case air temperature to increase with load, just like it would in a real PC.  The internal case air temperature is allowed to increase up to 40ºC and then held constant from then on at 40ºC.

The differential temperature across the Toughpower power supply was calculated by subtracting the internal case air temperature (T in) from the temperature of the warm exhaust air flowing out the back of the power supply (T out).

Sound pressure level readings were taken 3’ away from the rear of the power supply in an otherwise quiet room.  The ambient noise level was 29 dBA.

The Toughpower 1,500W power supply was relatively quiet at low to medium power levels but became what I would consider noisy at the higher output levels.  Note: I was not able to take SPL readings at the higher loads due to all the programmable DC load cooling fans running.

They sound better than they look 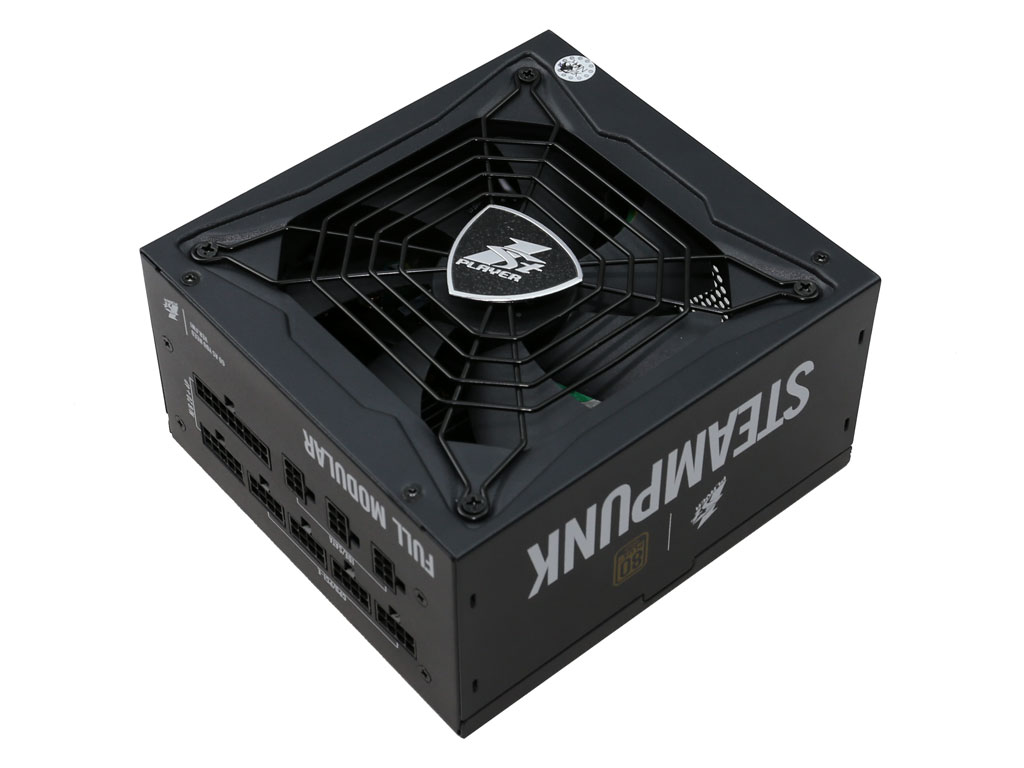 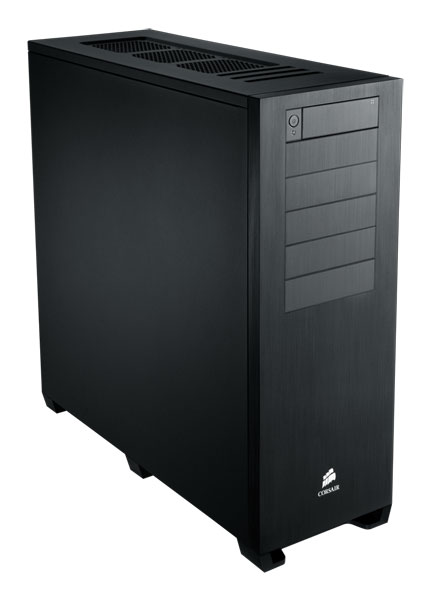