Two of the three tests revolve solely around the CPU, but the third test does address the graphics portion of the setup. 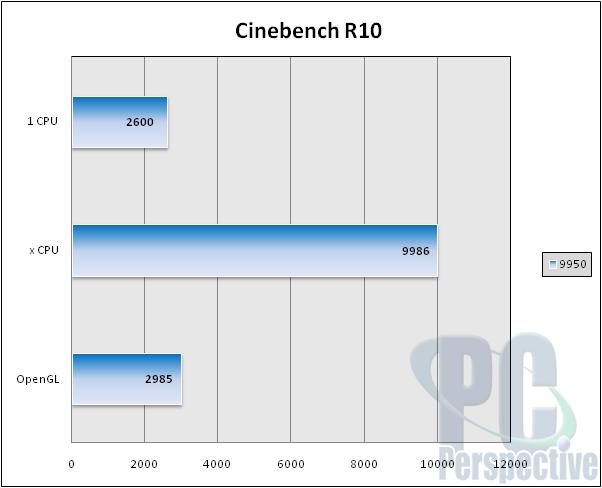 CPU scaling on this board is right where it should be.  When it comes to the OpenGL rendering through the video card, the 790GX is about 3X faster than the older 690G/740G solutions.

The SB750 does not bring a whole lot more to the table in terms of performance, though it certainly does improve upon the features.  AMD has stated that it has improved overall I/O performance, but that claim is somewhat specious.  I tested the USB speed using HD Tach 3.0 to see if they had improved performance, or at least have made it more competitive with other products. 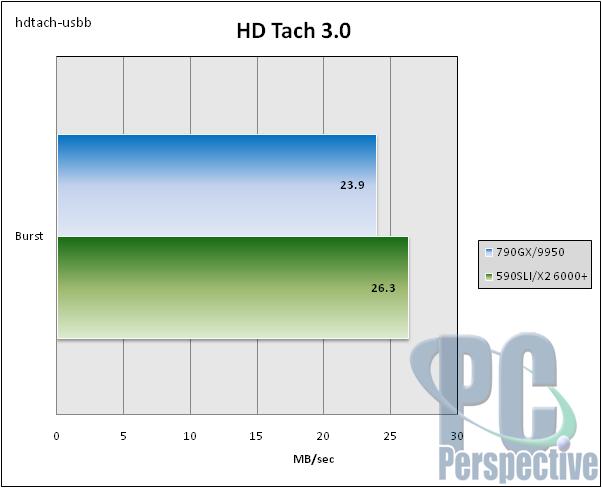 The burst rate obviously is a bit faster on the 590SLI board.  AMD still has some work to do on their USB. 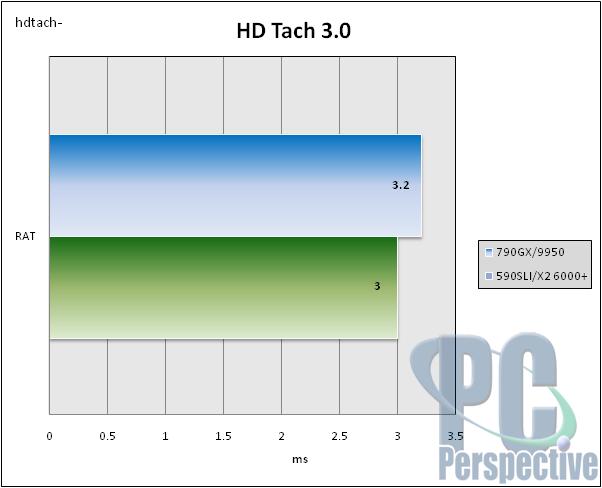 The latency of the AMD unit is also a bit higher than the competition. 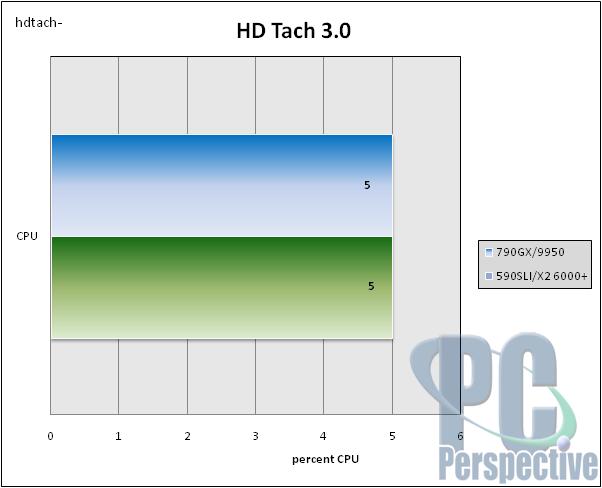 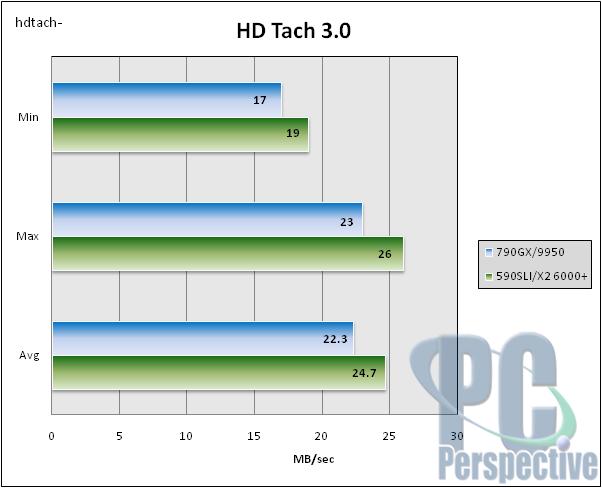 While AMD has improved its position in terms of USB performance, it is still lower than the competition.

I took these measurements at the wall, so it reflects the total power consumption of the entire computer.  I compared the 790GX/9950 platform to the 740G/9350e, which is a very power efficient quad core setup. 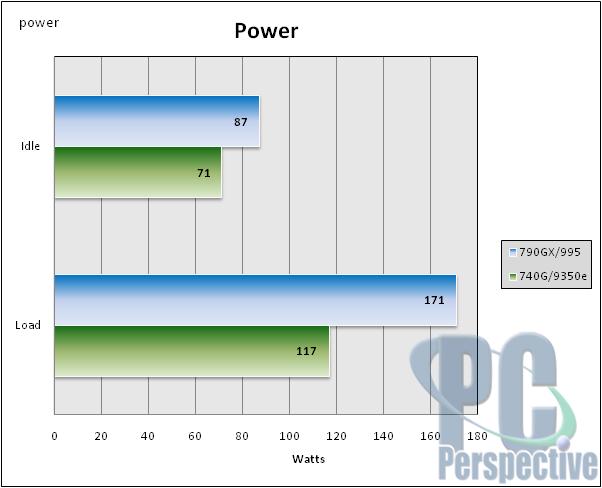 These numbers are actually pretty impressive, considering that the Phenom 9950 is rated at 140 watts TDP.  Of course that is a “worst case scenario” for the worst chip off the line, and certainly the chip I have is not a bad one.  Idle power does not show a huge difference between the two, but once things are under load the 790GX/9950 really start to suck down the juice.

This is of course the part most people have been waiting for.  While I have covered how competent an integrated part the 790GX is, and how mediocre the new SB750 southbridge is in terms of improvements from the older SB600 series, many of us have actively questioned how effective ACC is.

The Phenom 9950 sample I have can hit around 3 GHz on the Asus 790FX motherboard with the regular SB600 southbridge using the same power supply, heatsink and fan, and the same settings in BIOS.  On the Gigabyte 790GX board, I was able to reach 3.2 GHz.

The qualifying statement here is that I am not the world’s most adept overclocker.  I typically don’t push things so hard that they break, as I really can’t afford to.  So being able to squeeze an extra 200 MHz out of a chip that had reached its limit on a very good 790FX board is certainly good news.

At stock voltage and 2.6 GHz the Phenom was running around 42C at load.  At 3.2 GHz and 1.51v it was hitting between 71C and 75C.  In other words… it became very toasty and I was unwilling to leave it there for extended periods of time.

Power consumption also rose dramatically at that speed, and the system was consumer around 220 watts at the plug.  This is pretty hefty compared to the 171 watts that the non-overclocked settings ran.