The Zalman CNPS9300 AT cooler was tested on a Pentium 4 EE based test rig consisting of the components listed below.  The ambient room air temperature was maintained at 23?C +/-0.5?C.  Four instances of CPUBurn were executed at the same time (two to load both physical cores, and two to load the two virtual HyperThreading cores), which resulted in 100% CPU usage.  Tests were conducted at three different voltages to see how the cooler performed with varying degrees of airflow.  A small bench power supply was used to control the speed of the fan: 12V hi speed, 9V medium speed, and 5V low speed). 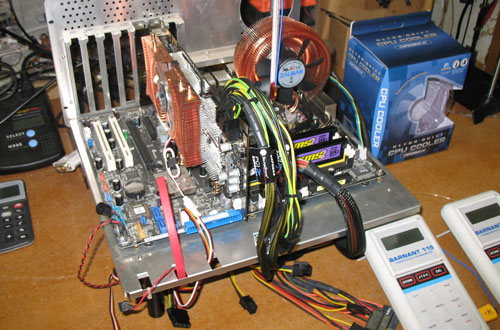 The Zalman CNPS9300 AT CPU cooler did an acceptable job of keeping the fully loaded CPU cool, however it is not in the same performance league as some of the larger (and more expensive) CPU coolers on the market today.  At least it kept the CPU from thermal throttling.  Unfortunately the integrated fan didn’t live up to expectations and actually proved to be rather noisy.  The fan emits an irritating noise even at low speeds and just gets worse as the rpm’s ramp up. 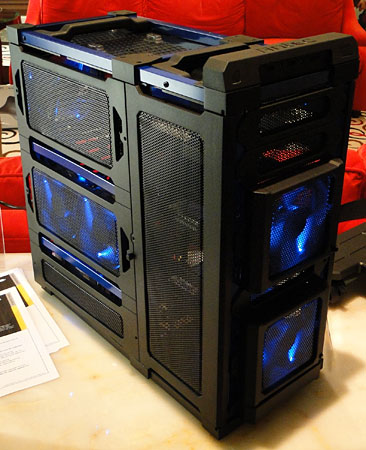 When will we start seeing GPU & PSU bundles