Apparently in Japan AMD is publicly showing off an updated version of their mobility discrete graphics product that will fall under the Radeon HD 4000-series moniker.  The new part will obviously offer improved graphics and gaming performance but also adds full hardware decode support for Blu-ray video.  Power consumption is always a keep factor in mobility parts and with the recent release of AMD’s HD 4350 and 4550 GPUs we know that AMD has that particular issue well in control. 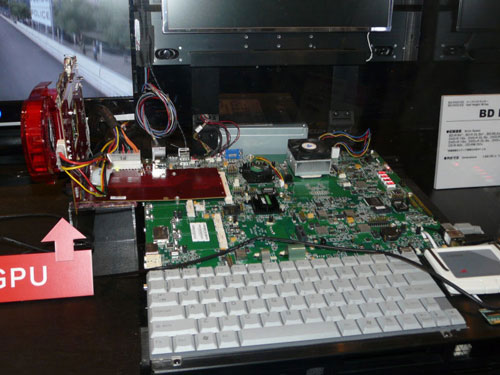 AMD is hinting at new technology show by showing a pre-production version of a Mobility Radeon HD 4000 chipset. Although AMD has yet to publicly discuss the hardware, the company’s booth at the Japanese expo contains a clearly identified test bed with the notebook-oriented chipset demonstrating its full hardware Blu-ray video decoding.

The demo unit has a large expansion card and a desktop-class cooler but is believed to be using these only for simplicity’s sake in the development phase. Most production notebooks often use custom-designed cooling and embedded graphics that are impractical outside of complete systems. 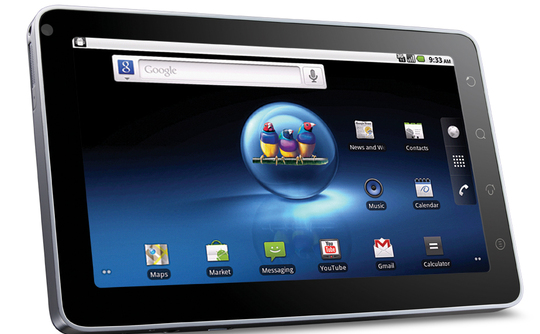