AMD is rolling through the budget graphics market like thunder with release after release for gamers and HTPC builders with a budget in mind. Today we take a quick look at the new Radeon HD 4670 512MB card that offers up great gaming and all the HTPC goodness that AMD has on a sub-$90 GPU.

Over the past year we have slowly seen new releases of graphics cards come down in price – meaning the new cards we are reviewing are seemingly getting cheaper and cheaper.  Is the economy?  Is it that gamers just don’t want to spend $400 on video cards anymore?  Yes and yes, most likely but it is also the windfall involved with releasing your high end parts first and letting the technology trickle down into the cheaper segments.  AMD’s Radeon HD 4800-series of GPUs were a big success for the company and they are not starting to unleash a wave of new parts based on the RV770 GPU design that use fewer shaders and cost less: enter the Radeon HD 4670.

Based upon the RV770 architecture at its root, the Radeon HD 4670, previously known around the world as RV730, offers nearly the entire feature set the HD 4800-series of parts delivers.  The single caveat to this is of course in gaming performance – the HD 4670 has 320 stream processors in comparison to the HD 4850/4870s 800 stream processors.  If you remember back to the Radeon HD 3800-series of GPUs they also sported 320 stream processors and that should give us at least a hint of where this new card will fall in terms of gaming performance.

This table shows some of the most important information about the Radeon HD 4670, but not all of it.  The core clock and shaders run at 750 MHz, the same speed as the HD 4870.  The 512MB of GDDR3 memory on our card runs at 2000 MHz; some models will also be offered with GDDR2 memory at a lower cost.  The memory bus has been cut in half from 256-bit to 128-bit which will definitely affect the performance of anti-aliasing some.

Other key technical points about the HD 4670 may at first sound disappointing: 8 render targets with AA compared to the HD 4870’s 16; 128 texture fetches per clock compared to HD 4870’s 160.  But what is very impressive is getting this much power in a card selling today for less than $90.

Let’s quickly take a look at the card itself.

The card used in our review here is a reference design from AMD that definitely falls in the design scope of a “budget” GPU. 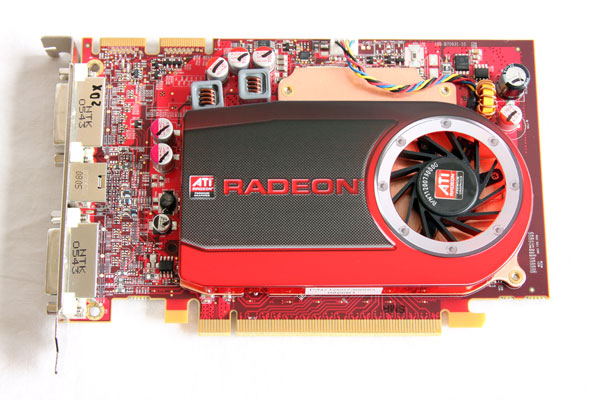 The card is pretty small when compared to other recent graphics card releases and doesn’t require any kind of external power connection.  The heatsink design is a single slot cooler that is still relatively dense and heavy. 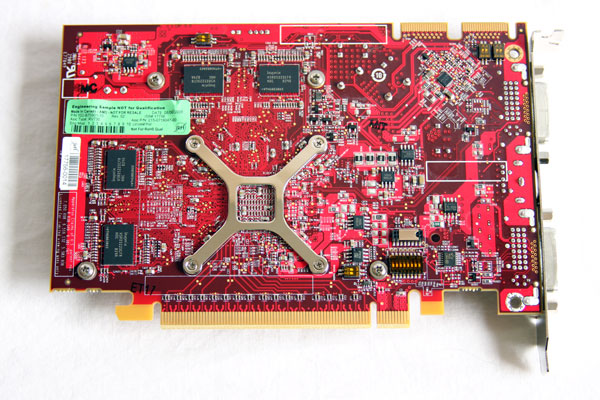 Turning the card over we see half of the 512MB of frame buffer remains uncovered but not much other than that. 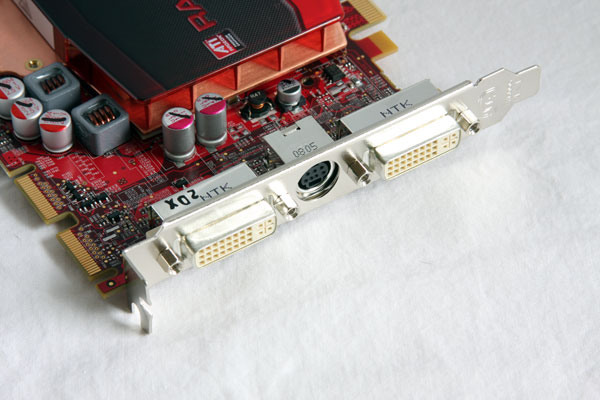 The card supports two dual-link DVI outptus and a single TV-output connection that also supports an HDTV connection dongle.  Both DVI ports of course continue on AMD’s path of supporting DVI-to-HDMI adapters with 7.1 channel audio support courtesy of the embedded HD audio controller.  Also of note is that the HD 4670 GPU does support DisplayPort output even though this card doesn’t integrate a connection for it; other partners may choose to do so. 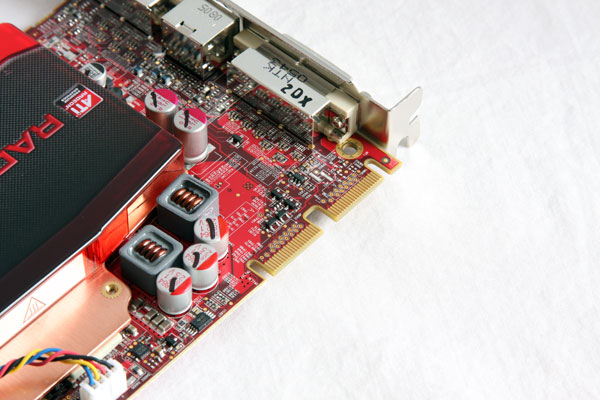 CrossFireX continues to find its way to lower and lower cost cards as is evident here on the HD 4670.  With these two connections the HD 4670 can support as many as four graphics cards working together to improve gaming performance should your motherboard have enough room for them all. 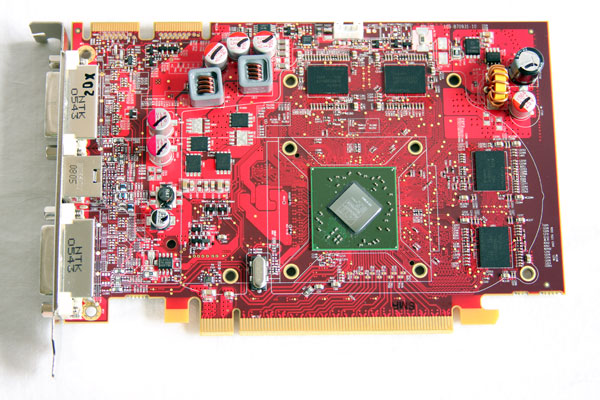 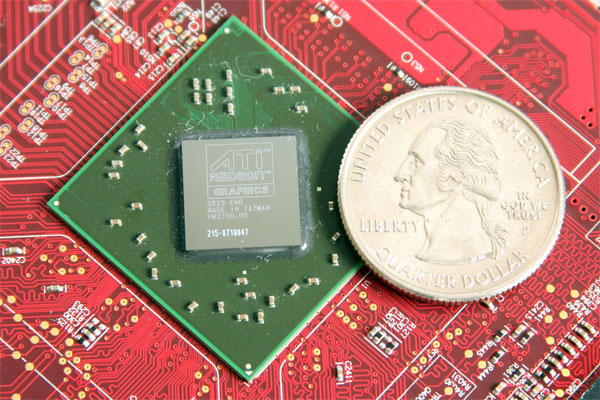 Up close with the GPU, we can see that this is definitely a completely new chip built on the 55nm process from TSMC and not simply a rebranded version of the RV770 chip.  The die size is approximately 145 mm^2 in comparison to RV770’s die size of about 260 mm^2 – AMD is able to save just under 50% of the die space compared to the original 55nm design and thus the new HD 4670 find a new, lower price point.

This GPUZ screenshot obviously had some issues figuring out what the HD 4670 was – notice it has incorrectly described the card as having 400 shaders though it actually has 320; and a GPU clock of 796,327 MHz would be really impressive… 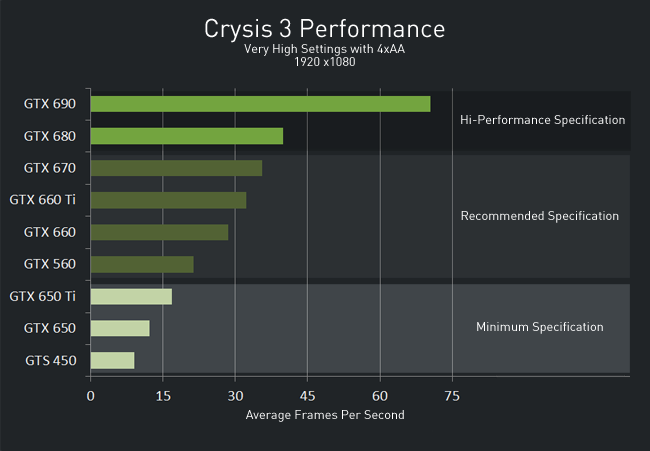