NVIDIA is not one to sit on its heels and let an AMD graphics card launch go by without some sort of answer.  For this release, NVIDIA decided to promote the GeForce 9600 GSO to the front of the line to defend NVIDIA’s name. 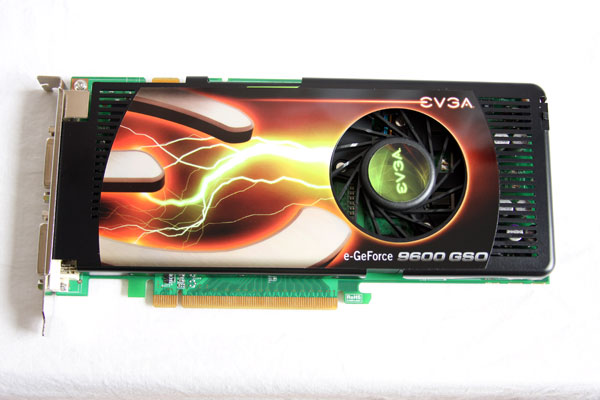 The 9600 GSO part is a G92-based card that is essentially an 8800/9800 GT with a bit left off – only 96 shader processors compared to 128 SPs and a 192-bit memory bus instead of 256-bit.  The card requires an external power connection and only recently has the card fallen to the sub-$100 price range fit to compete with the HD 4670.  Obviously someone at NVIDIA is paying attention.

Our comparisons will be looking directly at how the Radeon HD 4670 compares with the GeForce 9600 GSO.  I also ran the HD 4670s in a CrossFire configuration so we can see how efficiently the low-cost GPU is able to scale.