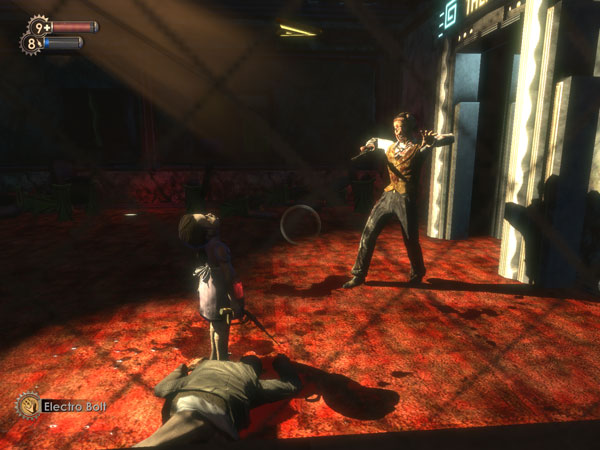 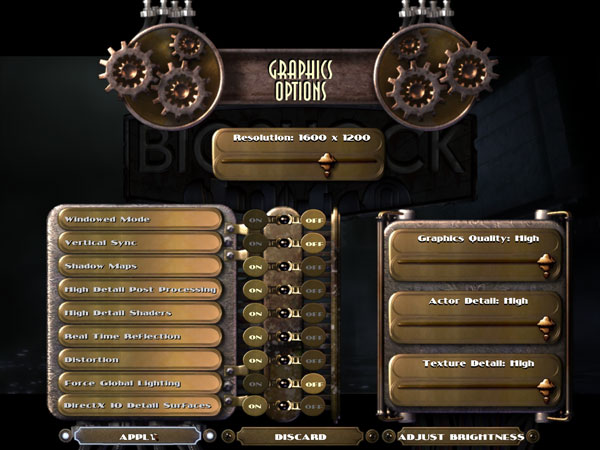 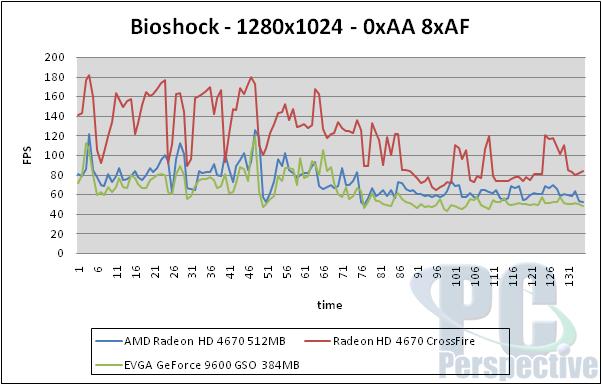 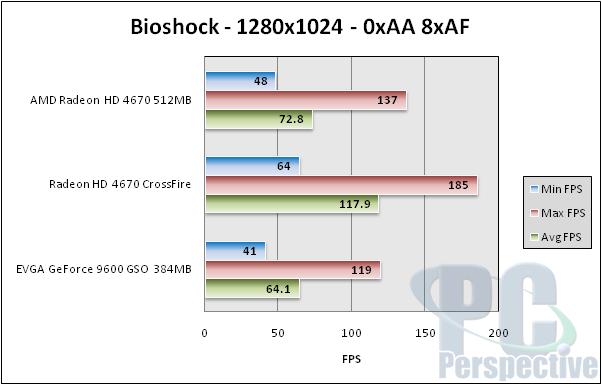 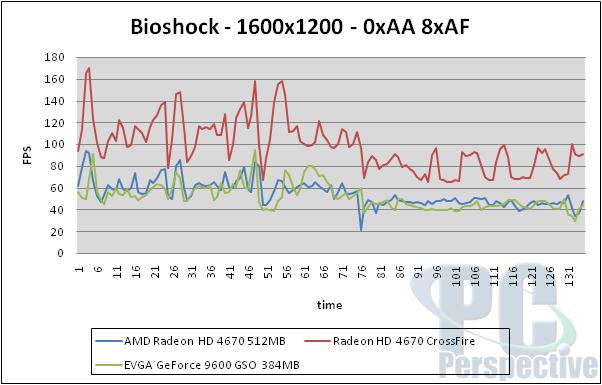 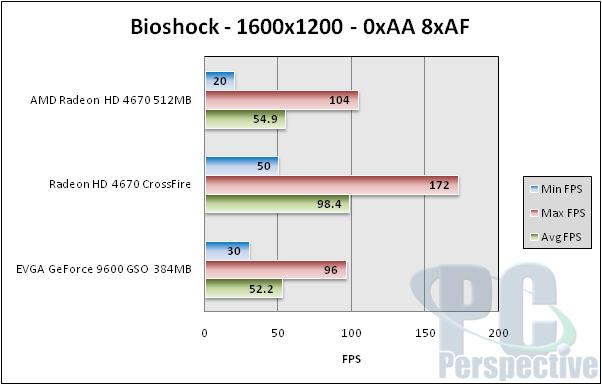 In Bioshock, the AMD Radeon HD 4670 is the early victor in our first gaming test as it is able to outpace the 9600 GSO at both tested resolutions.  The gaps aren’t too large, but a 13.5% difference at 1280×1024 is noticeable.  More impressive than single card performance might be how well the HD 4670 scales in the CrossFire configuration – the game sees a dramatic 79% boost in frame rate at 1600×1200. 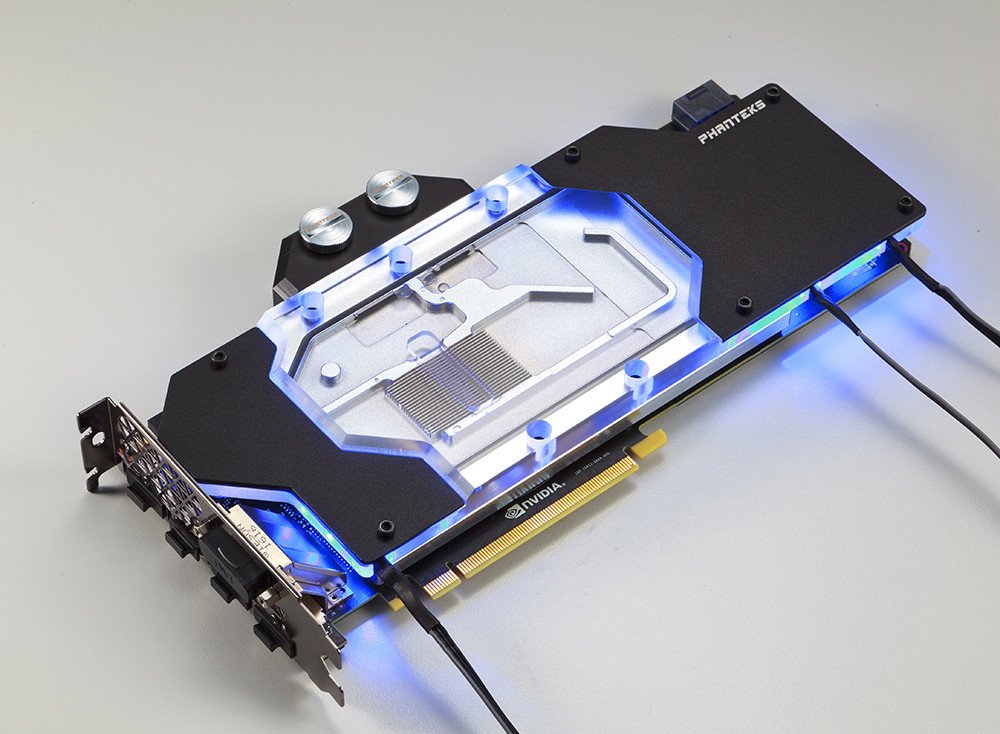