One thing we pay special attention to on system and notebook reviews is the software – does the vendor load the system down to a point that the average user will notice a slow down and be unable to remove the bloatware or is the system clean and sharp out of the box? 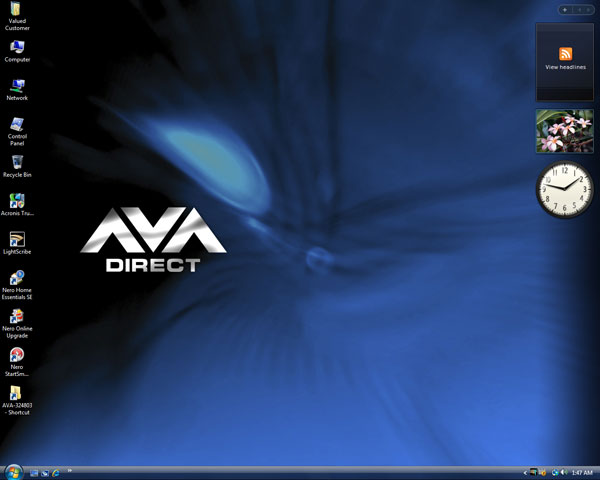 The desktop of the AVADirect system differs quite a bit when compared to that of the Alienware Area-51 system we review earlier in the week.  For one, AVADirect left the Windows widget bar on the screen – something that might be interesting to some users but for me, I always turn it off.  Also note the icons on the desktop in the left side and in the taskbar in the lower right – obviously there is some software installed on this system that we may not really need. 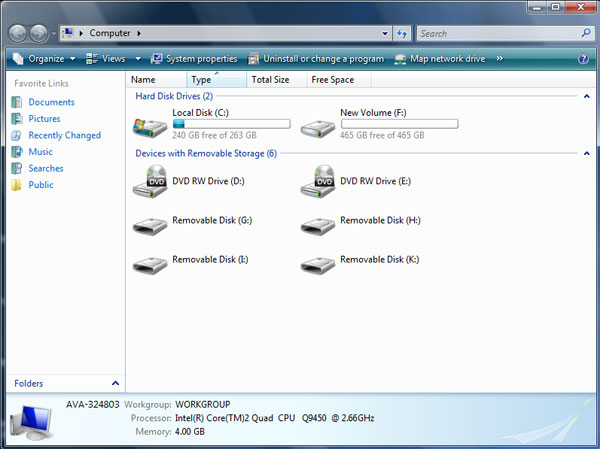 Looking at the My Computer screen on the machine we see two drives / partitions: the 300GB VelociRaptor hard drive that acts as the primary system drive while the pair of Western Digital 500GB 7200 RPM drives are setup in a RAID 1 array to represent the F: partition.  The primary drive has 23GB in use out of the box. 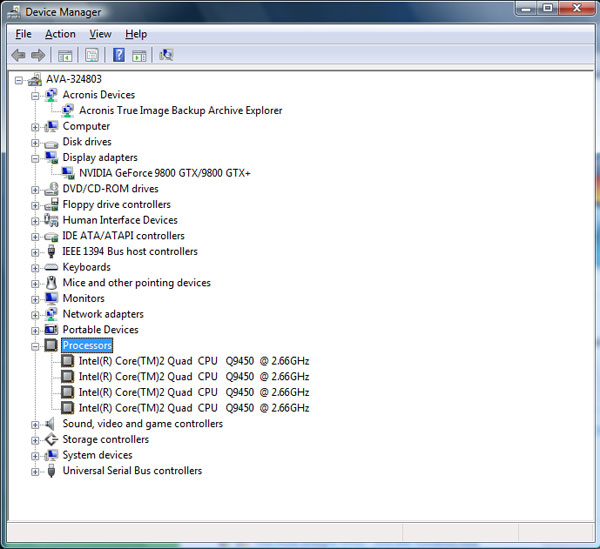 The device manager shows us the four CPU cores of the Q9450, the GeForce 9800 GTX+ and the other devices installed in the system. 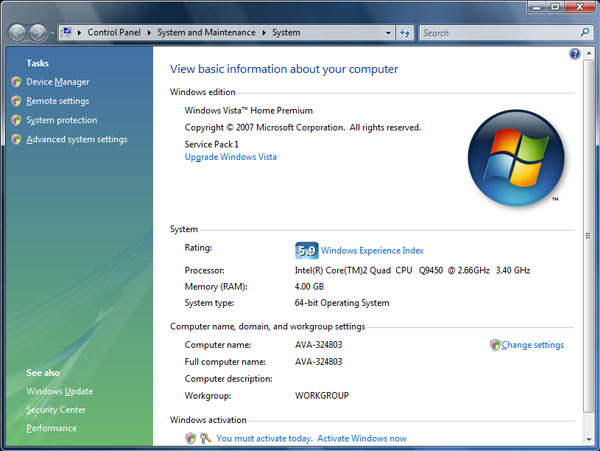 The system screen obviously puts the AVADirect system in at the upper limit of the Windows Experience Index rating: 5.9.  It also shows the 2.66 GHz CPU is overclocked to 3.40 GHz with 4GB of system memory and a 64-bit operating system.

One area we tend to see bloatware in is Internet Explorer – there is no better place to installed add-ons and ad software against the user than here.  AVADirect has done the consumer a good deed here by leaving the default IE installation alone. 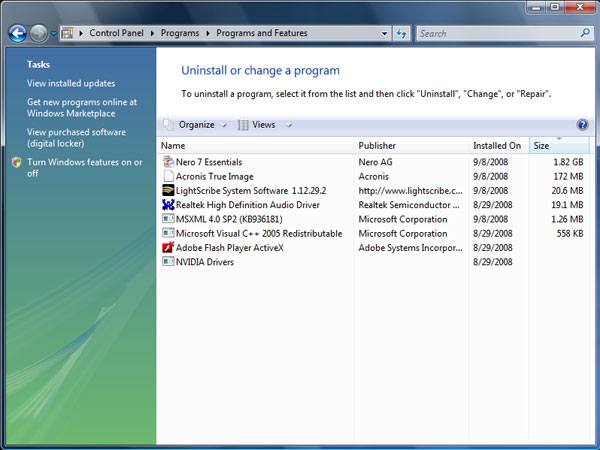 Looking at the application uninstallation window we see the various programs that AVADirect installed on the system including Nero 7 Essentials, Acronis and LightScribe.  Most of the icons on the desktop were from various parts of the Nero Essentials software – so while I usually hate seeing any kind of software on a “clean” machine the Nero software is necessary to utilize your DVD burners so this is likely acceptable. 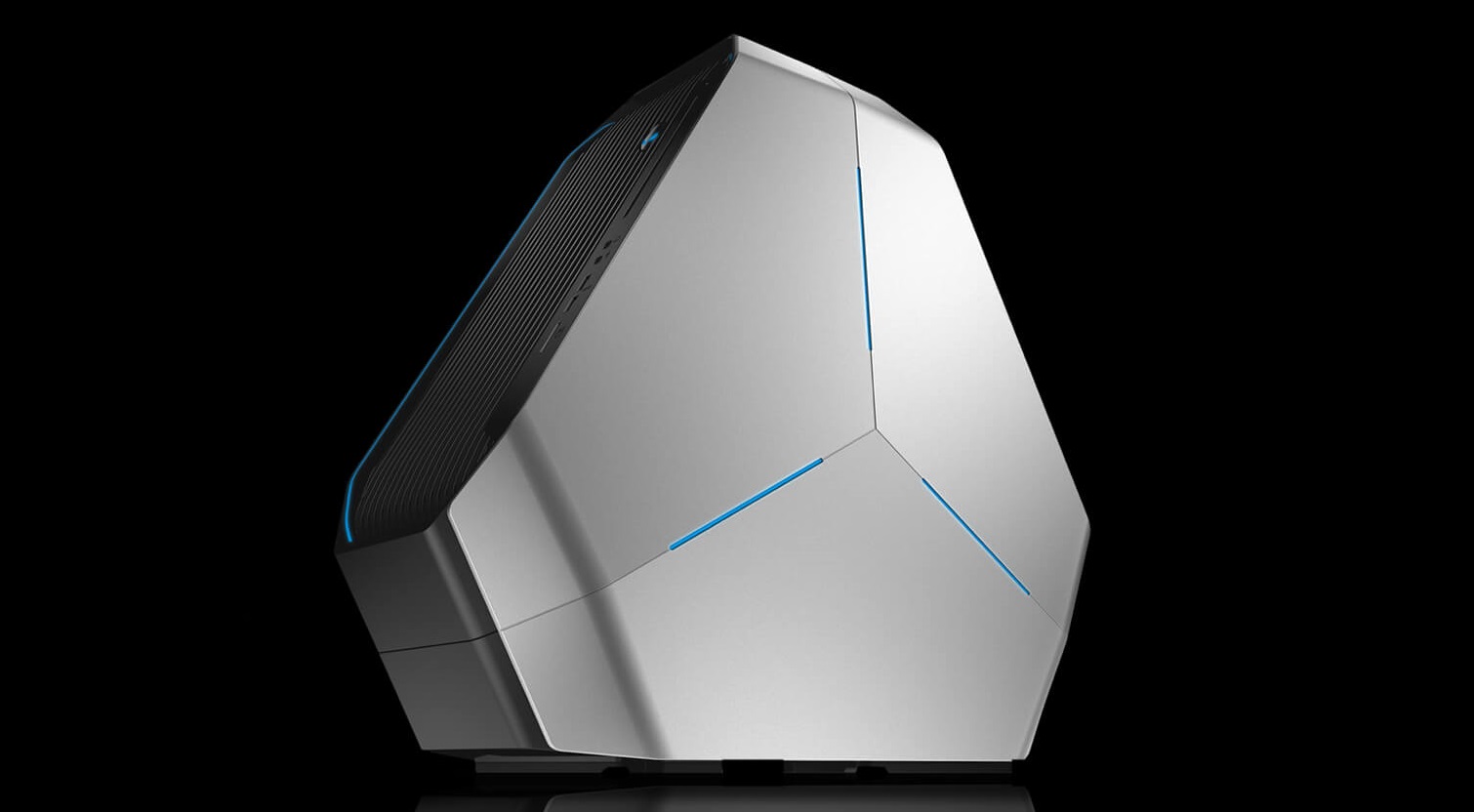 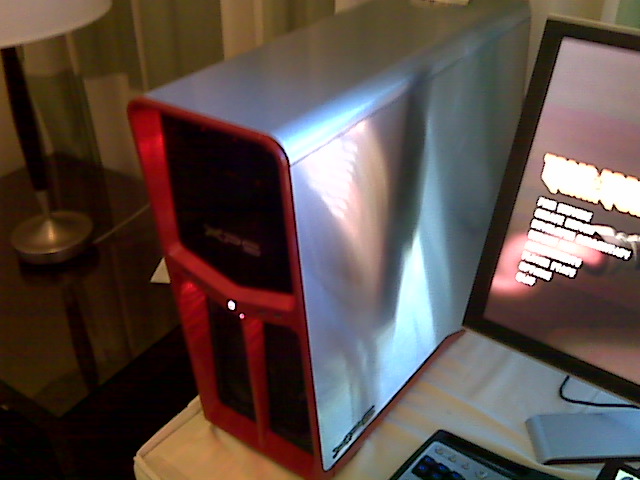