Several new cards have been released from AMD recently in the sub-$70 graphics market including the Radeon HD 4550 and HD 4350 to compete with NVIDIA’s GeForce 9500 GT and its recent price drop. Oh, and S3 Graphics is back in the mix with the new Chrome 440 GTX.

Welcome to the world of budget graphics

The economic downturn doesn’t seem to be effecting the graphics card industry’s desire to produce new products though it might be responsible for the sheer amount of budget cards we are seeing today.  In the last month or so, AMD has released or will release no less than 5 video cards priced under $100 – the first of which was the AMD Radeon HD 4670 we reviewed just last week.

This time around we have a pair of AMD cards, the Radeon HD 4550 and HD 4350, to look as well as a couple of new competitors.  While the Galaxy GeForce 9500 GT card isn’t exactly a new GPU the price has been lowered such a dramatic amount in the last 30 days that it deserves another look and is the main competitor to the HD 4550.  We also have been testing the S3 Chrome 440 GTX – a budget GPU solution from S3 Graphics on the surface seems to rival with the HD 4350.

In this review we’ll evaluate all four cards and see how they stack up to each other with a little budget gaming benchmarking.

The Radeon HD 4550 is based on the wildly successful RV770 GPU design that was first unveiled as the Radeon HD 4870 back in June.  Since then we have seen the GPU doubled up into the HD 4870 X2 card and cut down slightly for the Radeon HD 4670 mid-range card mentioned above.

The core clock rate on the HD 4550 is set at 600 MHz while the memory clock will run at 800 MHz/1600 MHz of either 512MB or 256MB of DDR3 memory.  The card’s TPD is listed at just 20 watts by AMD – an impressive power envelope for the performance we’ll see later in the review.  The transistor could is impressively small as well coming it at just about 242 million and it is of course still built on the same 55nm technology that the RV770 was built on. 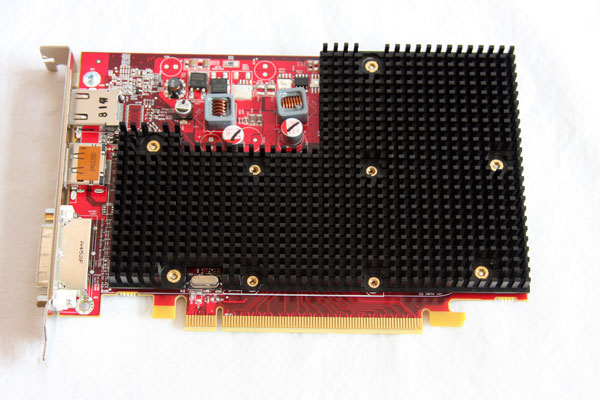 With that 20 watt thermal envelope the HD 4550 can be completely passively cooled as we see above.  The card is SMALL compared to other recent releases would make a great quiet/cool graphics solution for an HTPC.  You might notice that there is no CrossFire connector on the card and while at first this left me a bit disappointed that AMD had left the feature off their low end cards, I was told that they in fact support CrossFire, and Hybrid CrossFire, without a need for over-the-card connectors and instead utilize only the PCI Express bus for communication. 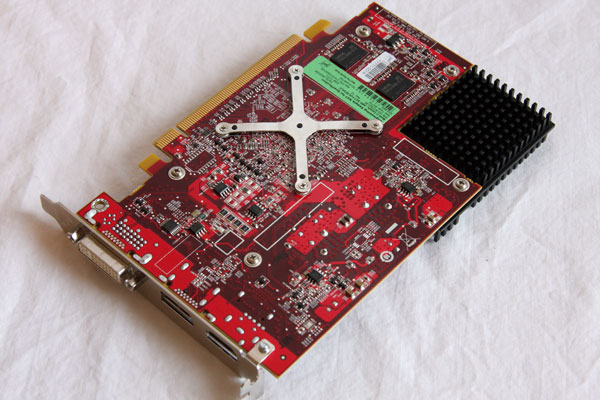 You can see the back of the card holds a couple of memories and that the PCB actually doesn’t even take up the entire length of the card.  AMD instead decided to use that space to expand on the heatsink. 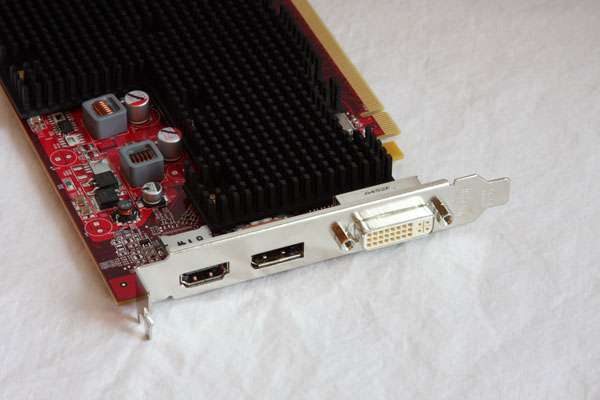 This HD 4550 reference model we received includes a dual-link DVI output, HDMI and DisplayPort connection that should enable just about everyone to find a solution here.  DisplayPort monitors should continue to rise in popularity and the integrated HDMI port is spot on for the HTPC. 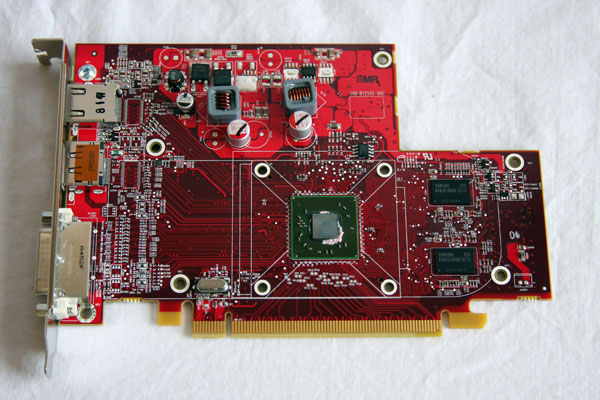 Removing the heatsink we see bareness that is the design of this card. 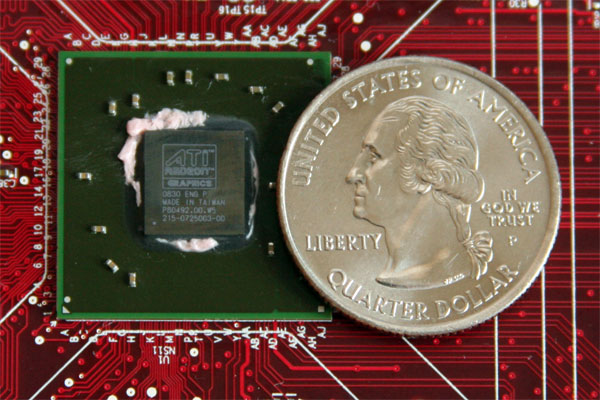 242 million transistors at 55nm is tiny!  On the coming pages you’ll see how the NVIDIA and S3 chips can’t come close to matching the performance per die area of AMD’s cards. 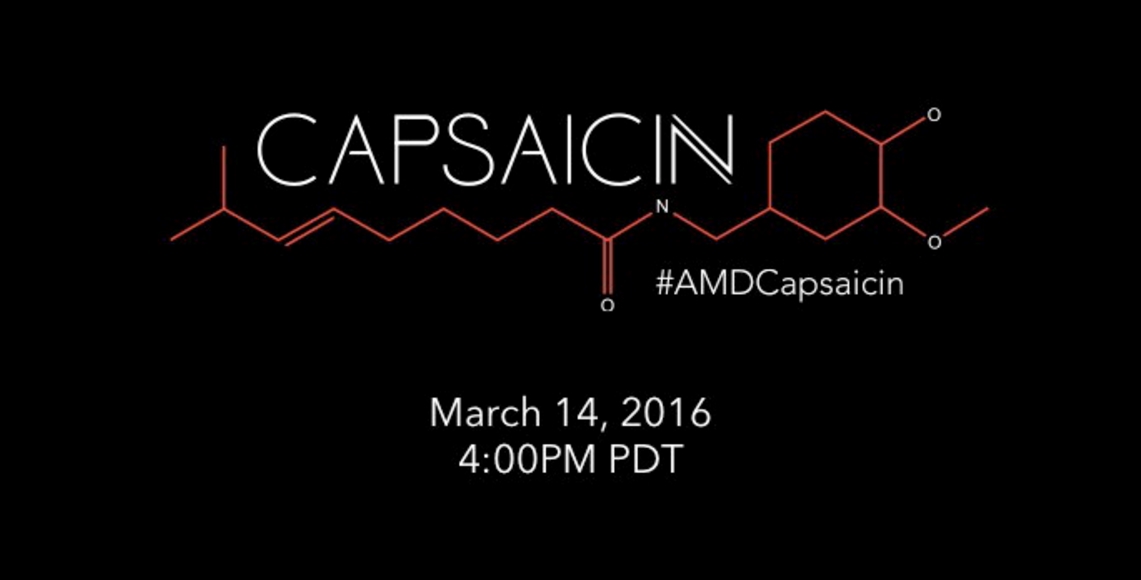