The AMD Radeon HD 4350 is based on the same RV710 chip design but will run with slower memory making it another even cheaper GPU design. 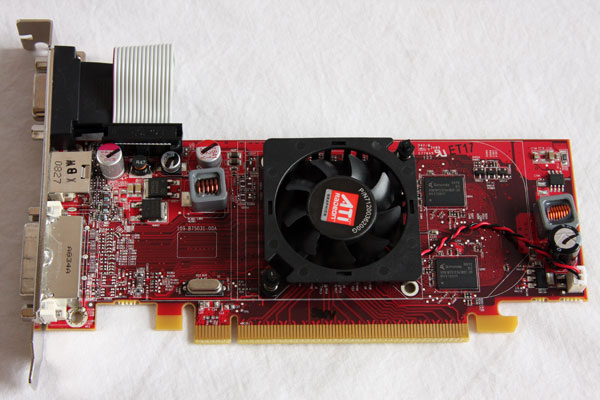 The reference HD 4350 we received is even smaller than the 4550 – this makes it easier for tight spaces but did require the use of an active cooling solution since the area for a heatsink was drastically reduced.  There is no CrossFire connector, but just like the HD 4550, the HD 4350 can run CF through the PCI Express bus. 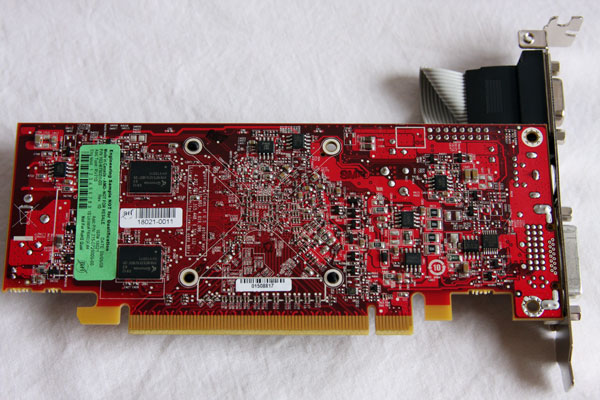 Nothing to see here… 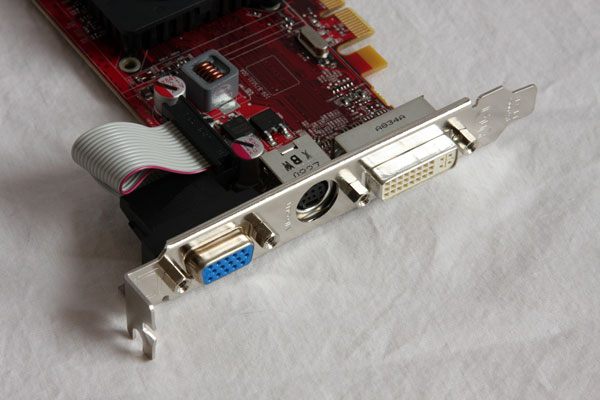 The connections on this card are more traditional and include just a standard VGA output and a dual-link DVI connection. 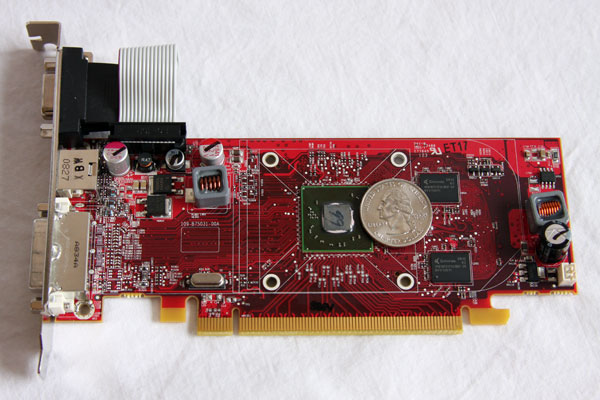 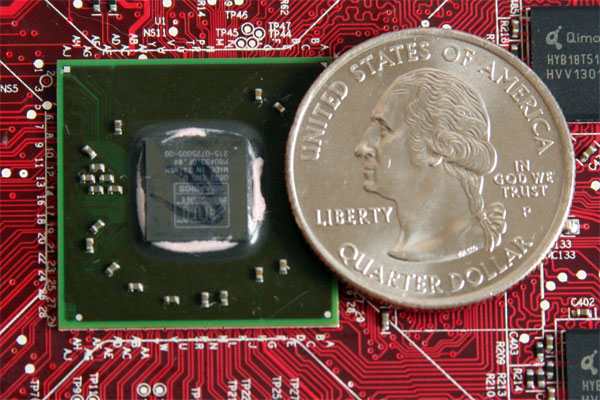