Galaxy has been making a name for itself in recent weeks both putting out of good GeForce-based graphics cards as well as giving some away in our GPU forum.  They were kind enough to send over their custom-cooled version of the GeForce 9500 GT to compete with the likes of AMD’s new HD 4550.

The 9500 GT was originally released in July and priced just under $100.  Today you can find these cards for under $70 making them the best answer NVIDIA has to the new HD 4550.  Built on a 65nm process, the 9500 GT is based off of the popular G92 core design but has 314 million transistors.  On the chip we find 32 shader processors running at 1.4 GHz while the core clock rate runs at 550 MHz.  The memory controller is 128-bit wide and supports up to 512MB of GDDR3 memory, as our sample here includes.

In its last comparison it was put up against the AMD Radeon HD 3650 and it walked away with an easy victory.  Will the HD 4550 be able to close that gap? 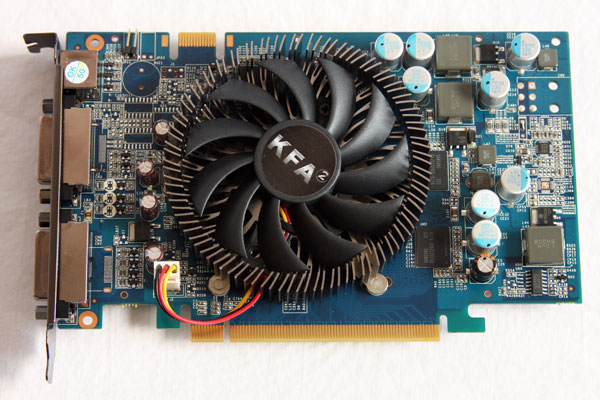 For a budget GPU, the Galaxy team has made it impressive looking with a slim gunmetal colored heatsink fan that pops off of the blue PCB.  The first thing I noticed about this card is that it has the SLI connector on it while the two AMD cards we just finished looking out were devoid of CrossFire connections. 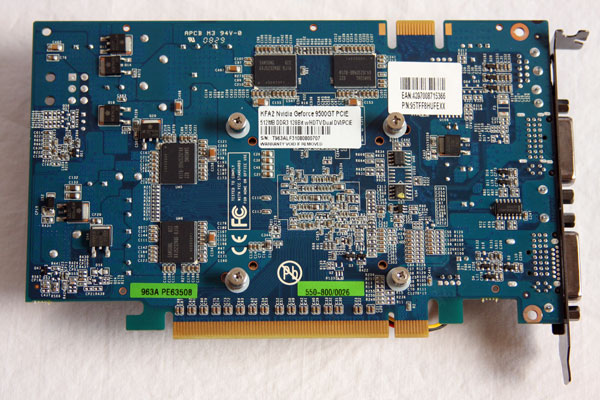 The back of the card has half of the DDR3 memory on it. 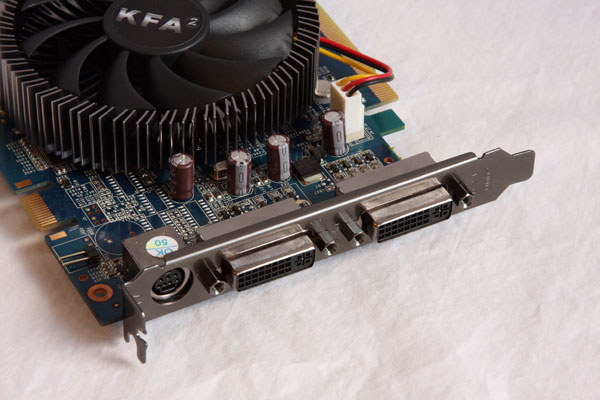 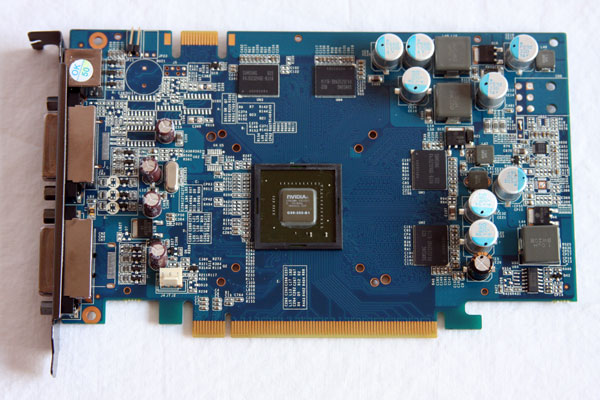 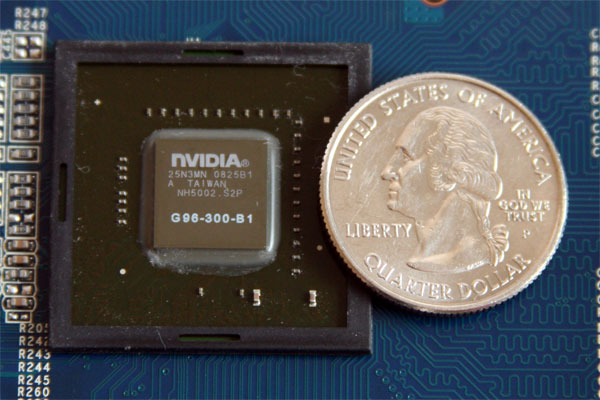 You can clearly see how much larger the GPU is on this card when compared to the RV710 from AMD.  The 9500 GT is built using 30% more transistors and is on a process that is 18% larger as well so that is going to equate to a bigger die.  The real story will be how much power these chips consume and how much performance they can offer.