Our storage subsystem tests will focus on the integrated SATA controllers on each chipset first and then look at how the USB implementations perform. 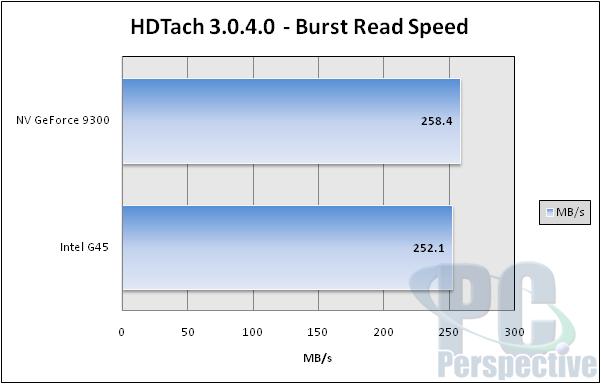 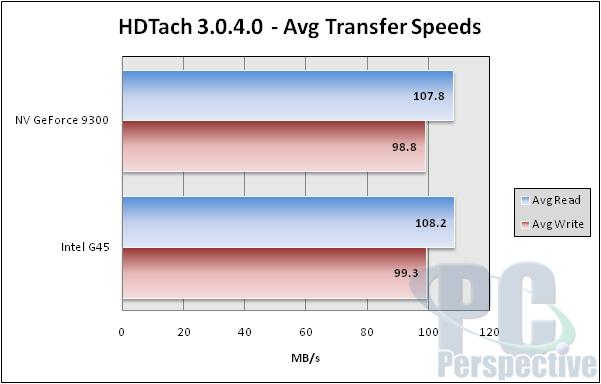 Where Intel used to have a big advantage over all other chipset vendors in terms of SATA speed that has dwindled as the SATA technology became mainstream.  Both the NVIDIA GF9300 and Intel G45 chipset perform very well in our HDTach results.

Meanwhile Intel has discontinued work on Iometer and it was given to the Open Source Development Lab (OSDL). In November 2001, a project was registered at SourceForge.net and an initial drop was provided. Since the relaunch in February 2003, the project is driven by an international group of individuals who are continuesly improving, porting and extend the product. 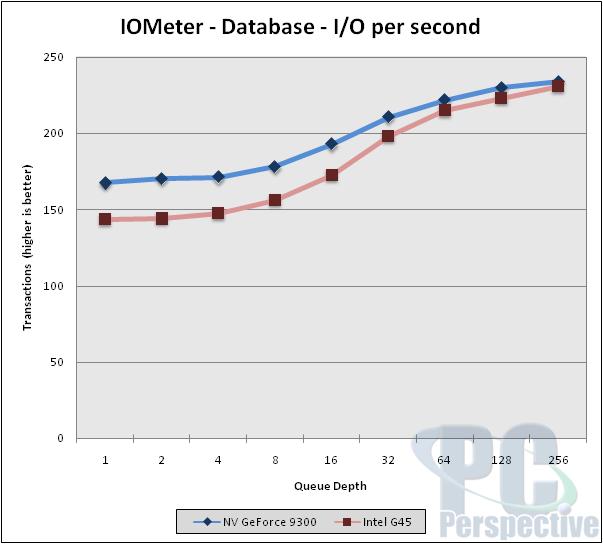 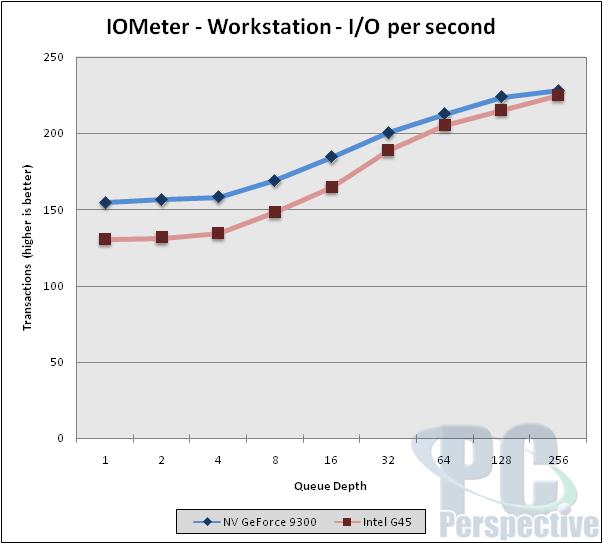 The SATA controller on the NVIDIA GF9300 chipset has a slight edge over Intel’s ICH10 when we look at the I/Os per second in our standard IOMeter tests. 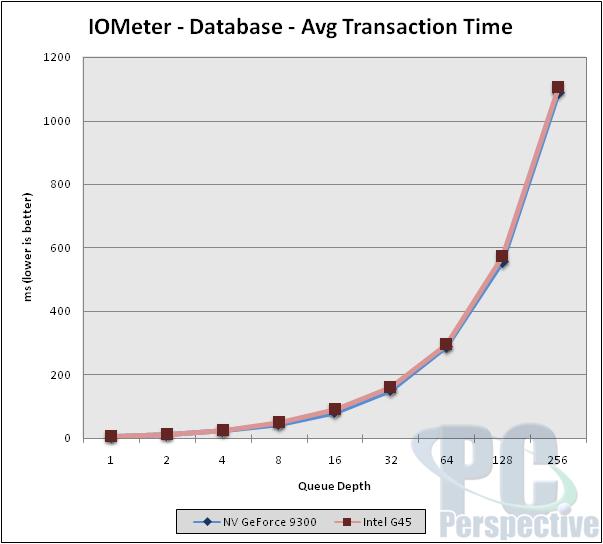 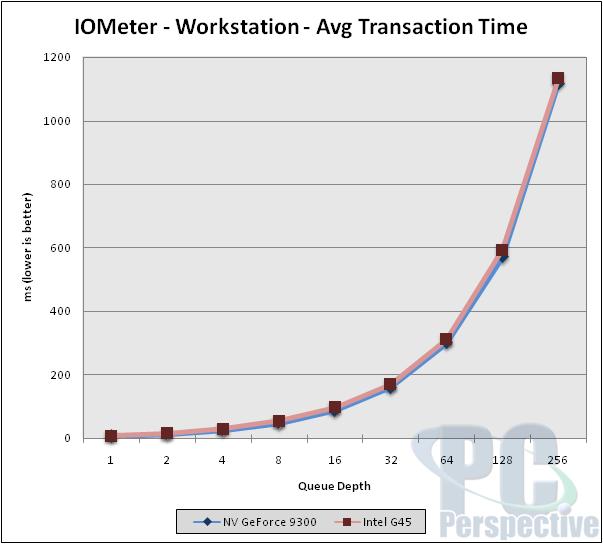 This same advantage for NVIDIA is seen when looking at the average transaction time on the SATA controller.


Now let’s take a look at the USB performance of each chipset using HDTach 3.0.4.0. 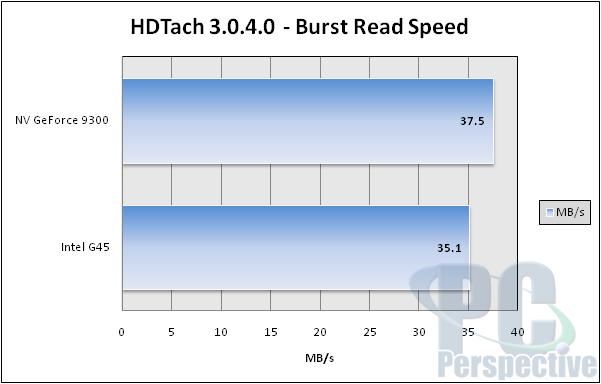 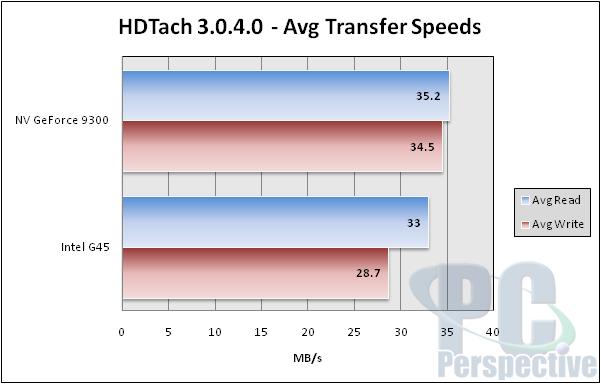 Another area that NVIDIA has greatly improved on in recent years is USB and external storage speed and these results show just that.  The NVIDIA GeForce 9300 chipset’s USB implementation is nearly 7% faster than the USB controller on the G45 chipset from Intel.