Overclocking, or the lack thereof

Overclocking on our three NVIDIA GeForce 9300 motherboards was not a very inspiring experience.  Our first attempt at overclocking came on the MSI motherboard: I was unfortunately unable to reach past 1400 MHz FSB without hitting stability issues, even when pumping up the voltages in the BIOS.


Even more annoying was the inefficient way the MSI motherboard fell back when an overclock failed – rather than revert to previous settings and rebooting, the system required a hard shut down, CMOS jumper rotation and then a complete settings reset in the BIOS.  Also, the chipset heatsink that is passive (no fan) reached over 200 degrees F on the surface – hot enough to boil water.

NVIDIA later recommended I try overclocking with the ASUS motherboard as it had a bit more attention paid to it by engineers in that regard.  The heatsink on this motherboard was also passive, but *only* reached temperatures of 170 degrees F.  Regardless, the overclocking performance was much more impressive.  I was able to reach a 1400 MHz FSB without increasing any voltages and with some tweaking, mainly on the chipset voltage, I was able to reliably hit 1500 MHz.

A 12% increase in the FSB on the CPU is really a poor overclock compared to what we have seen from other chipsets like the Intel X38, X48 and even NVIDIA’s own 7-series.  Admittedly, this chipset is not specifically aimed at the overclocking enthusiast market I still expected more from an NVIDIA product.

Also of note, the memory controller on the chip was pretty finicky on overclocking.  I wasn’t able to move past 888 MHz on either the MSI or Zotac motherboard even when adding voltage and in both “Linked” and “Unlinked” modes.  Only the ASUS board was able to run at faster speeds: 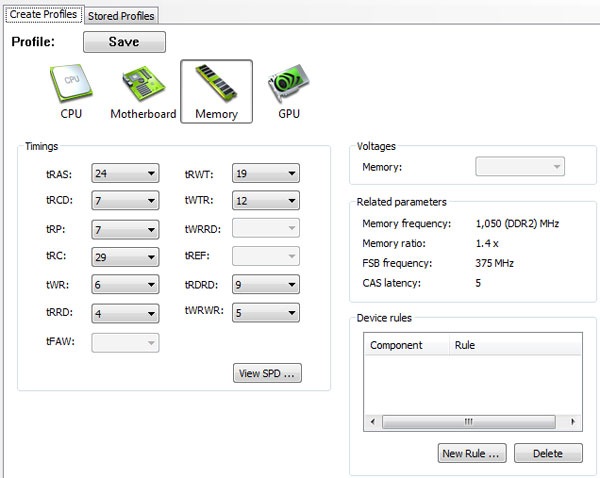 
It was nearly able to reach the 1066 MHz mark with some slightly relaxed timings.  Here is how performance looked with the processor and memory overclocked:

The processor arithmetic and multimedia performance scores scale pretty well with the increase in clock speed but the memory scores only increase from about 5200 MB/s to 5400 MB/s.  Still not enough to catch up with the scores the G45 chipset memory controller displayed in our testing.