The first board to reach our labs came from MSI in form of the new P7NGM-Digital based on the GeForce 9300 chipset – as are all three of our new motherboards in this article. 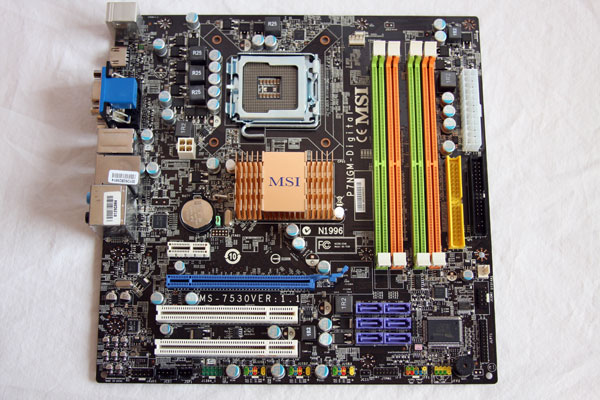 The design is fairly tame as the mATX form factor greatly limits what motherboard designers can do with the product. 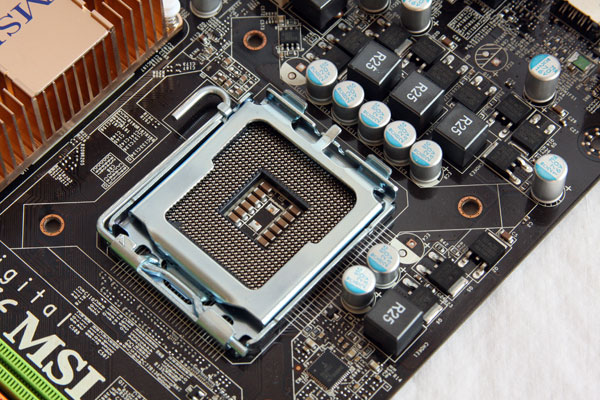 The LGA775 processor socket is a bit cramped by the north bridge heatsink below it (above it in this photo) though with overclocking being less than exciting on this chipset, I doubt extravagant cooling mechanisms are going to be used. 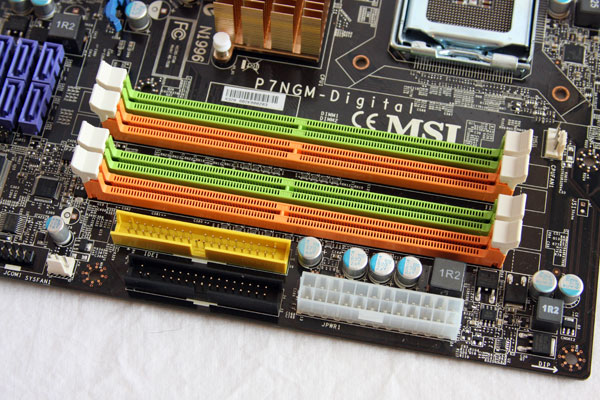 The MSI board supports dual channel, four DIMMs of DDR2 memory with official support for DDR2-800.  In my testing going above that was actually pretty difficult.  The ATX power connector is well placed out of the way of other components as are the IDE and floppy connection. 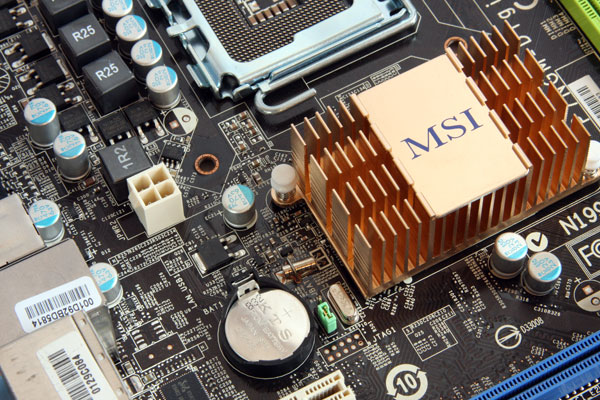 The north bridge heatsink on the MSI P7NGM-Digital is very simplistic and in fact gets VERY hot during usage.  My IR thermometer measured temperatures as high as 217F on it!  Obviously this is something that could have definitely used an active cooling solution.

The 4-pin AuxATX power connector seems awkwardly placed between the north bridge, CPU and external connections so watch your cable management during installation.

Also, the Clear CMOS jumper seen next the battery sucks – having to get to it by putting your finger on that 200+F heatsinks is quite a “fiery” situation… 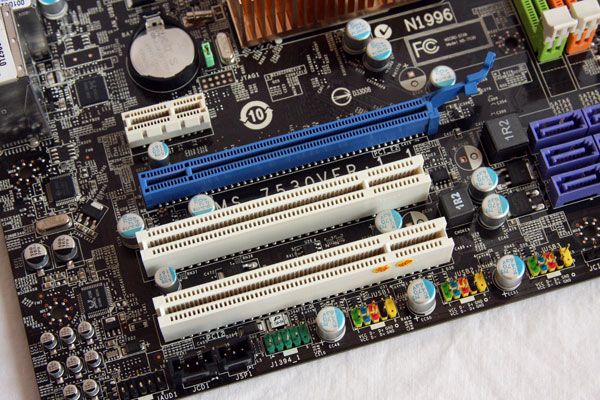 With limited space, comes limited connectivity expansion.  Thus we are left with a single x1 PCIe connection and a full size x16 PCIe connection (both PCIe 2.0) for a discrete graphics card.  Two Legacy PCI slots are included for sound cards or other devices that still haunt you from PC to PC. 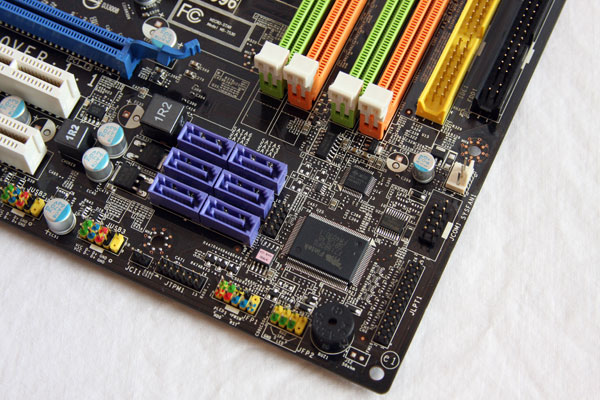 On right hand side of the board lies the 6 SATA channels neatly packed into rows – you might have issues accessing them if you are using a double-slot cooled graphics card on the motherboard though so be careful on installation order. 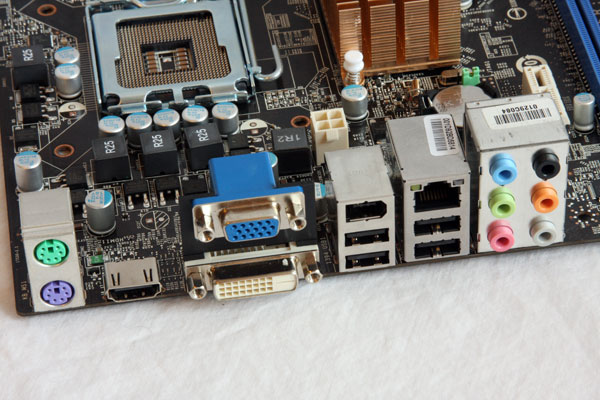 Finally, we look at the external connections the MSI P7NGM-Digital throws our way: PS2 ports, an HDMI output, DVI and VGA outputs, four USB ports, a FireWire port, Gigabit Ethernet and analog 6-channel audio output connectors.  You can run any two video connections off the board including the VGA and DVI or the DVI and HDMI, etc.