The final motherboard to reach our test bed, and the one that had the most time to be refined, was the ASUS P5N7A-VM. 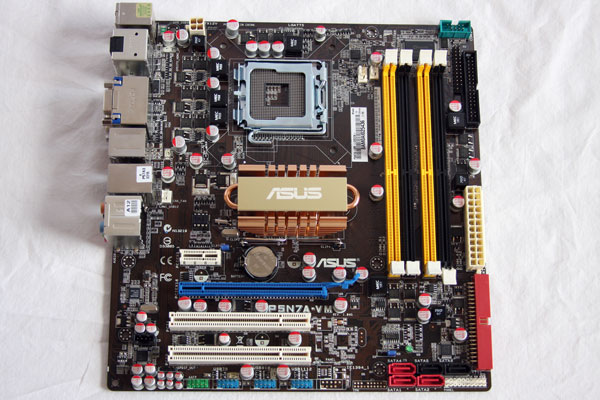 Again the initial layout looks very familiar and is comparable in most areas to that of the other two motherboards we have looked at. 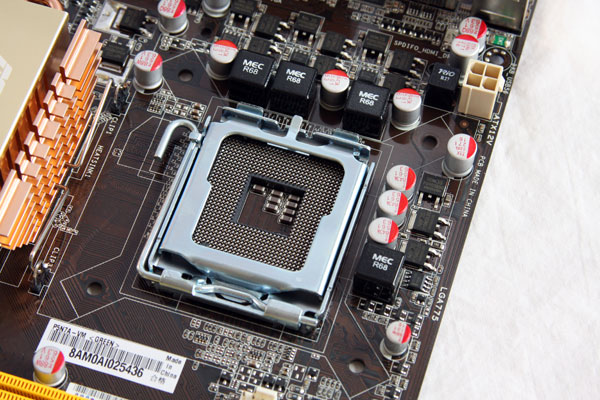 The CPU socket has about the same amount of room around it as the Zotac board and the 4-pin AuxATX power connection is located in the same area as well. 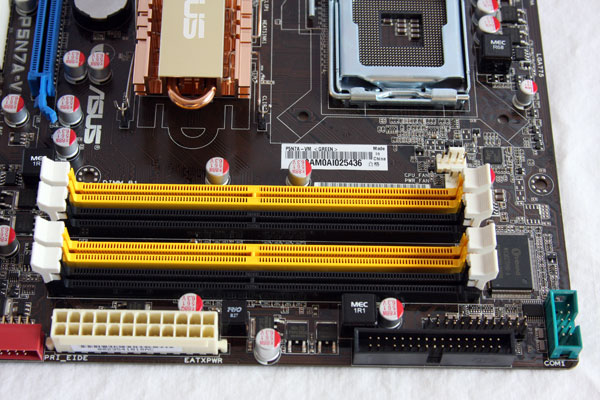 ASUS also went with four DIMM slots of DDR2-800 memory rather than the DDR3 option that the chipset offers – for low cost products this makes the most sense still.  The ATX power connection and floppy port are seen running parallel to the DIMM slots and that oddly placed green connection is for a legacy COM port should you still need it. 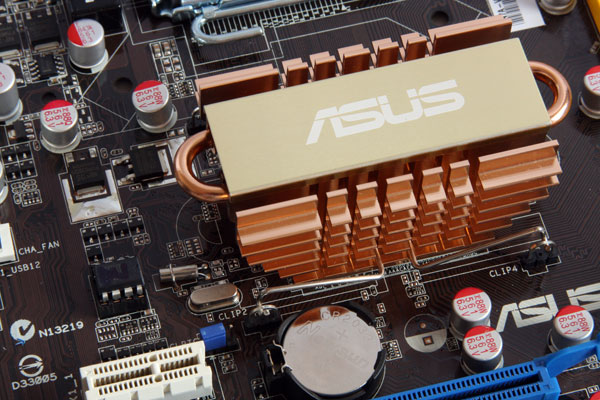 ASUS also chose to go with a passive cooling solution (though fancier looking)
for the GF9300 chipset and put the CMOS clear jumper right next to it.  In my tests the temperature on this heatsink got up to about 170F – not quite as high as the MSI motherboard but hot enough to warrant a small fan in my opinion. 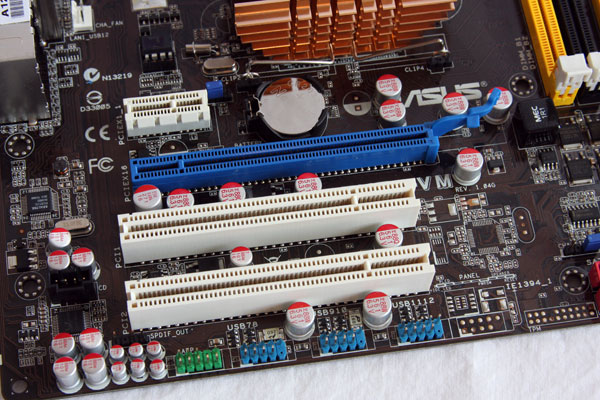 Expansion remains the same: one x1 PCIe 2.0, one x16 PCIe 2.0 and two legacy PCI slots.  There are three headers below the PCI slots for USB expansion and the green header is for front panel audio. 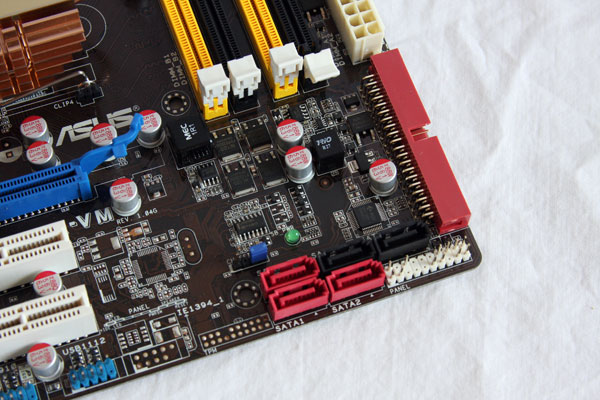 The storage and connectivity area shows five of the six available SATA connections as well as an outward-facing IDE connection.  That sixth SATA is obviously hiding… 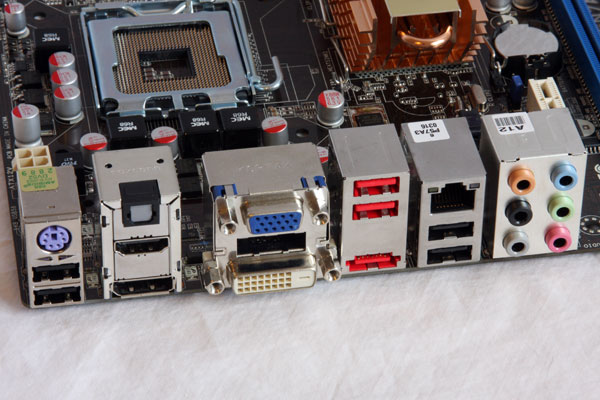 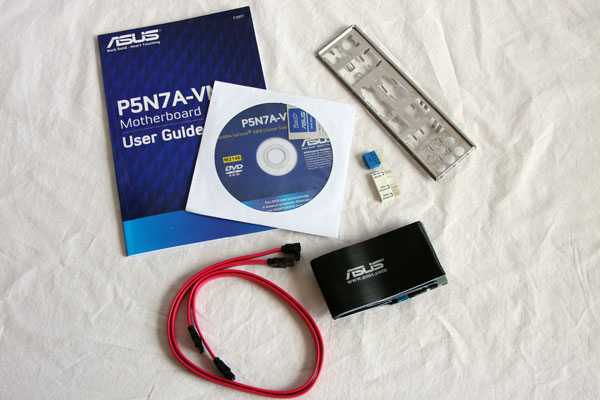 Extras included with the ASUS board include a pair of SATA cables, one IDE cable, manual, drivers, back plate and EZ connect adapters.