The ASUS P6T Deluxe looks much more like your typical motherboard than the first X58 motherboard we looked at, Intel’s own DX58SO. 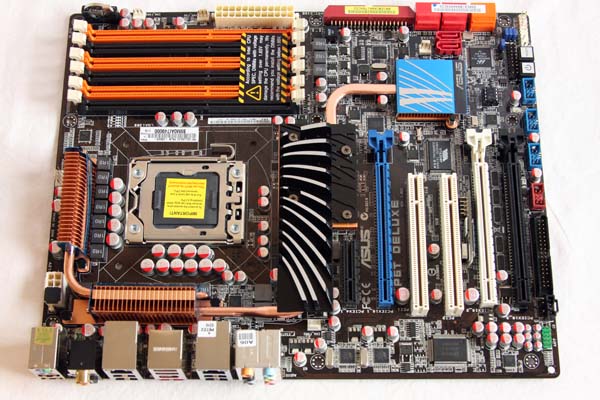 A first glance at the board shows one of the new LGA1366 processor sockets in conjunction with a set of x16 PCIe slots and six memory slots for a huge amount of configuration flexibility. 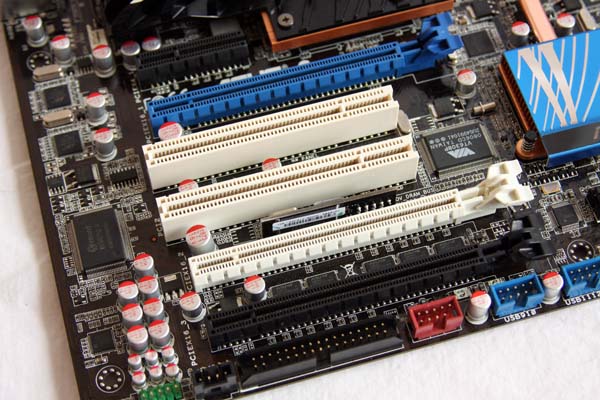 The expansion configuration includes two legacy PCI slots in the middle of the board as well as three PCIe 2.0 x16 slots starting with the primary blue slot at the top and the moving to the white secondary and black tertiary slots at the bottom.  Finally, above the blue slot is a x4 PCIe slot for any further expansion you might need. 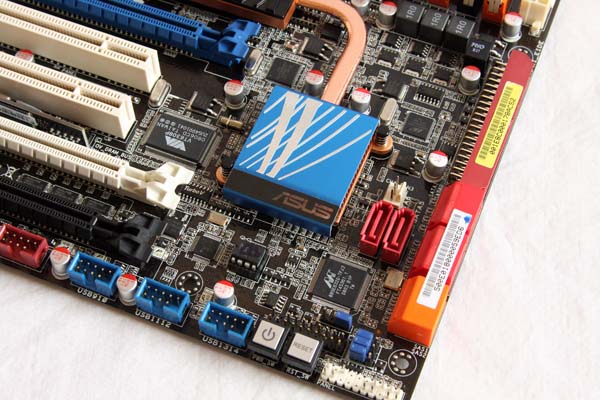 On the right hand side of board lays the storage selections the P6T Deluxe offers, most of which are outward facing in an attempt to avoid any potential installation issues.  There are two of the six SATA ports upward facing to the right of the ICH10R south bridge and below that ASUS has included a power and reset switch for easy case-less testing and overclocking.  There are no less than three USB headers to help complete the 14 available USB 2.0 ports and a red Firewire header as well.

One interesting note is the various jumpers seen below the red SATA ports that are in fact used in part for overclocking the system voltages.  In the BIOS, as we will see in just a bit, certain voltages can only be increased over a certain limit when these jumpers have been set properly. 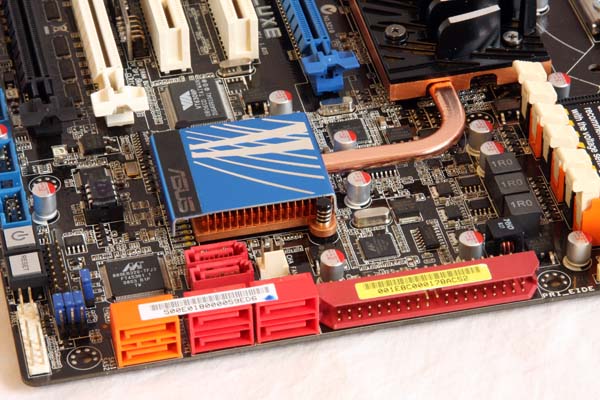 If we look at the same section of the motherboard from a different angle you can clearly see the other SATA ports.  The six red ones are provided by the Intel ICH10R south bridge chip while the two orange ones (and the single IDE connection) are courtesy of an on-board Marvell chipset. 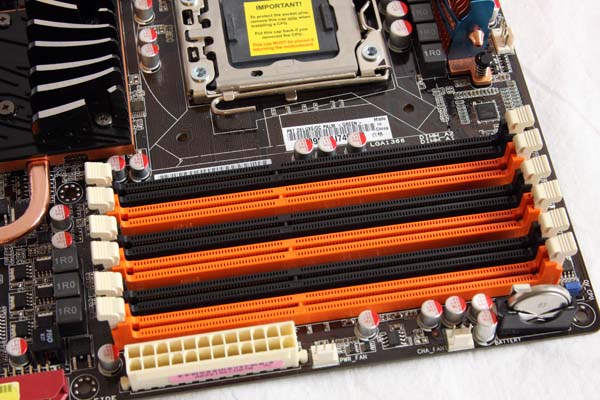 The ASUS P6T Deluxe includes six DDR3 memory slots for support of up to 12GB of total system memory.  Even though the Intel Core i7 processors only support DDR3-1066 memory speeds ASUS clearly advertises the P6T Deluxe as being able to run memory at speeds of 1333 MHz and 1600 MHz via some basic overclocking.  As I found out only by frustrating trial and error, the primary memory slots are actually the orange slots rather than black ones – you must populate the orange colored slots in order for the system to POST at all.

The ATX power connection is well placed and though it might be a bit close to that third memory channel it didn’t pose any problems for our installations.  I did not much like the location of the BIOS battery here in the upper right hand corner of the board as it is nearly impossible to be to go once the board is installed with memory or in a small case.  Finally, note the jumper directly above the batter as it is another one used for higher voltages in the BIOS. 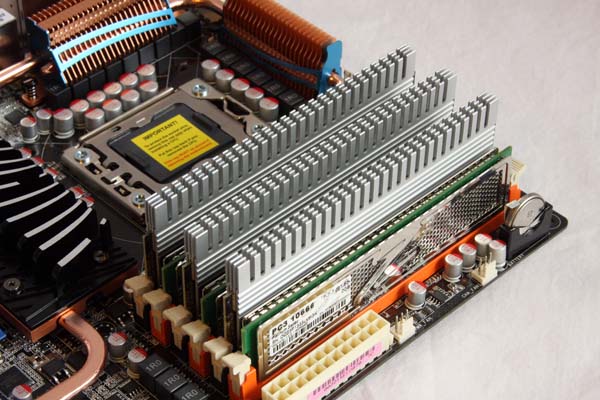 In this shot you can see we have all six DIMM slots populated – three with Corsair Dominator modules and three with OCZ’s Platinum series of DDR3.  We had no issues overclocking or running a stable system with all six slots in use – something we haven’t always been able to say about previous chipsets and memory controllers.