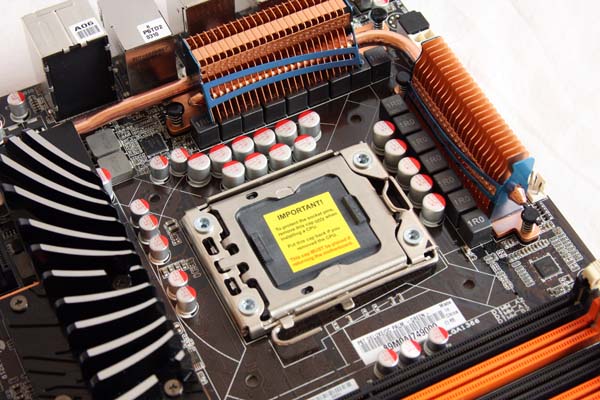 Even though the new processor socket is different, it appears and functions nearly identically.  A latch arm is released allowing the user to open up the metal plate and place a pin-less CPU into the pin-filled socket and reverse the processor to secure the processor in place.  If you count up all the MOSFETs there you can see that ASUS has integrated a 12 phase power system that should be more than capable of providing stable power to a stock or overclocked system. 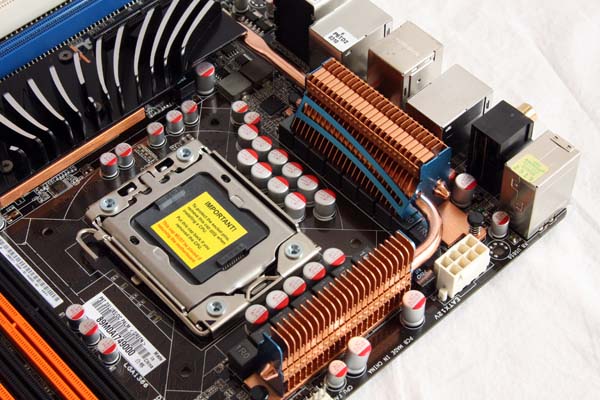 Here we can see the entirety of the heatpipe cooling system used on the north bridge and power control circuitry.  The 8-pin ATX power connector is located at the top of the motherboard above the heatpipe. 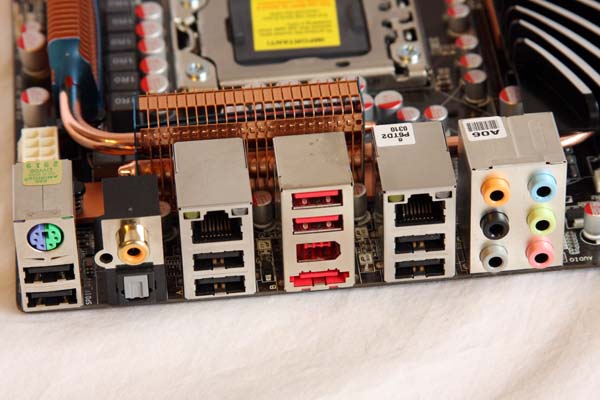 The external connectors on the P6T Deluxe are plentiful and include a good collection of features.  There are eight USB 2.0 ports, two Gigabit Ethernet connections, a single Firewire port, a single eSATA port, two digital audio outputs, analog audio output for up to 8 channels and a dual-use PS2 connection for keyboards and mice. 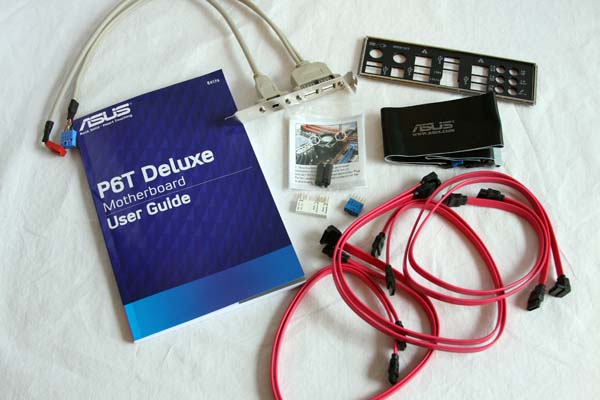 Inside the box with the ASUS P6T Deluxe you’ll find a bunch of accessories including what you see here: six SATA data cables, a single IDE cable, ASUS Q-Connector pins to help with case lighting/accessory installation, USB/Firewire dongle and back panel adapter. 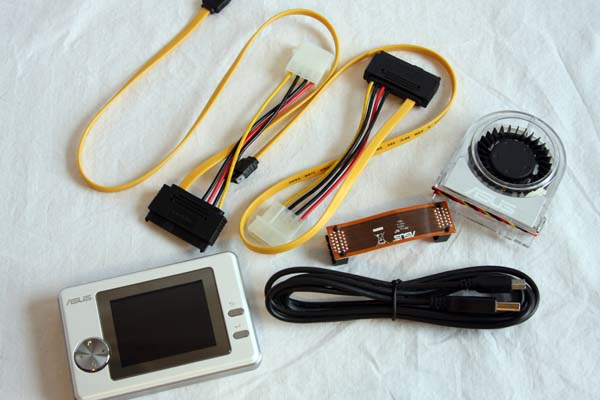 Continuing with the included extras you’ll see ASUS has included in some things you might expect to see such as a standard SLI connector, combo SATA data/power cables, a fan for the heatpipe cooling on the chipset and the ASUS OC Palm device used for independent overclocking of the system and temp/voltage monitoring while in Windows. 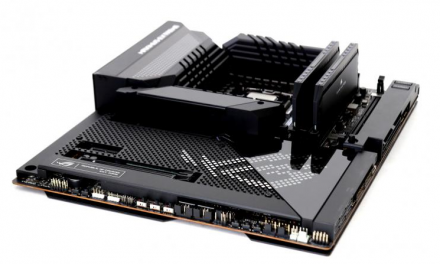 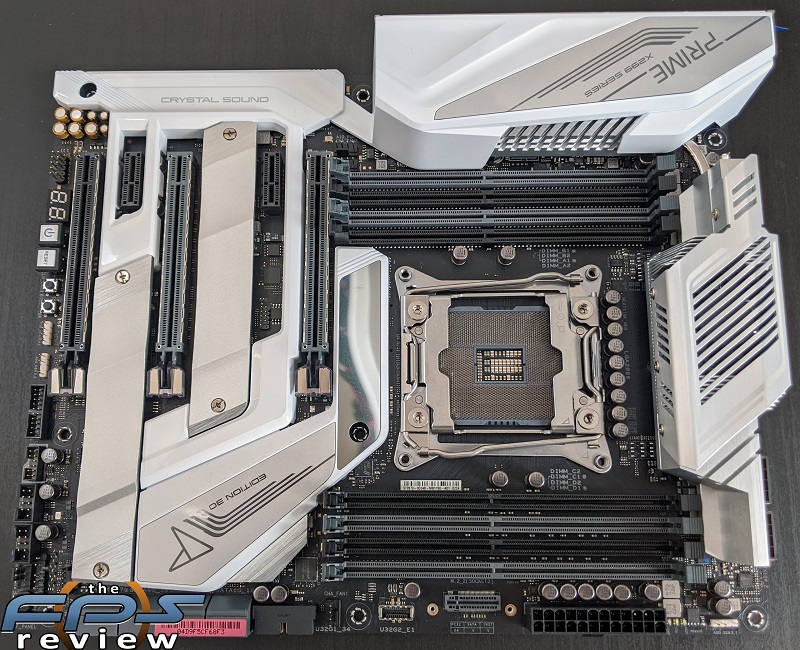