HDTach 3.0.4.0
HDTach allows us to evaluate the performance of any storage subsystem including SATA, eSATA, USB and Firewire where available. 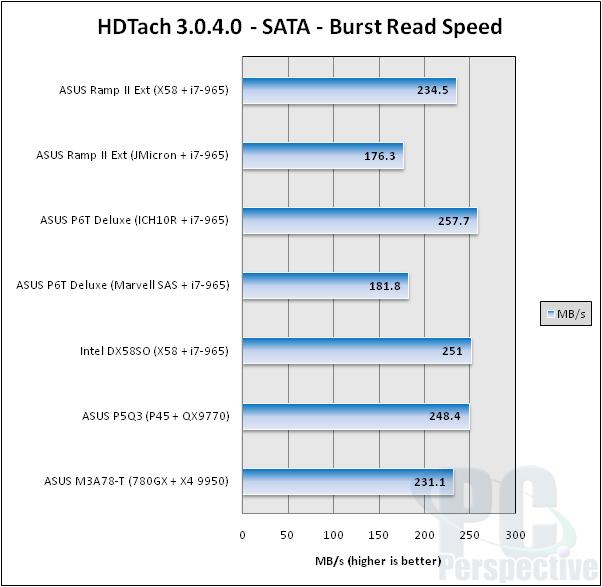 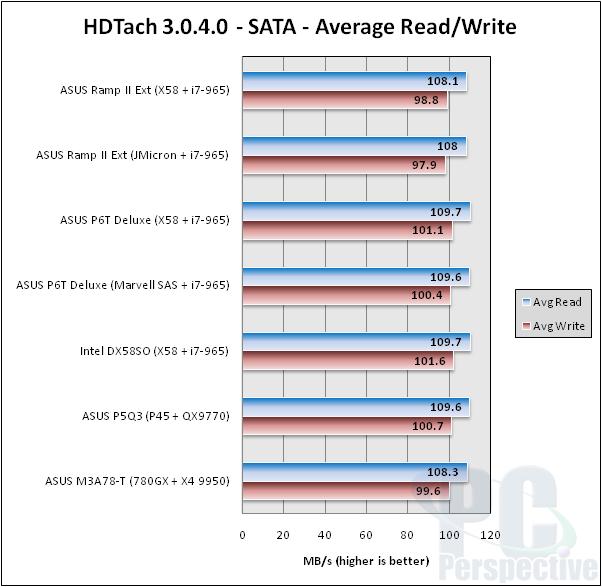 SATA performance on the ASUS Rampage II Extreme is pretty good – the burst rate of the integrated ICH10R chipset is a bit lower on the R2E than the P6T Deluxe but it is still pretty fast.  The secondary JMicron chip on the R2E is about as fast as the Marvell chip on the P6T board though run at slower burst rates than the ICH10. 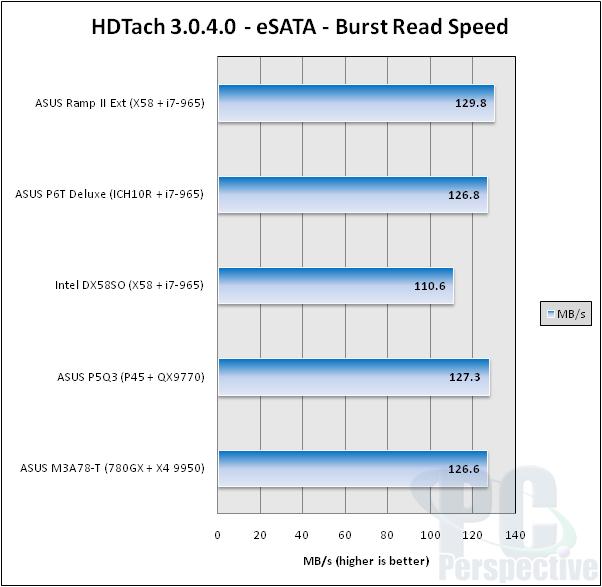 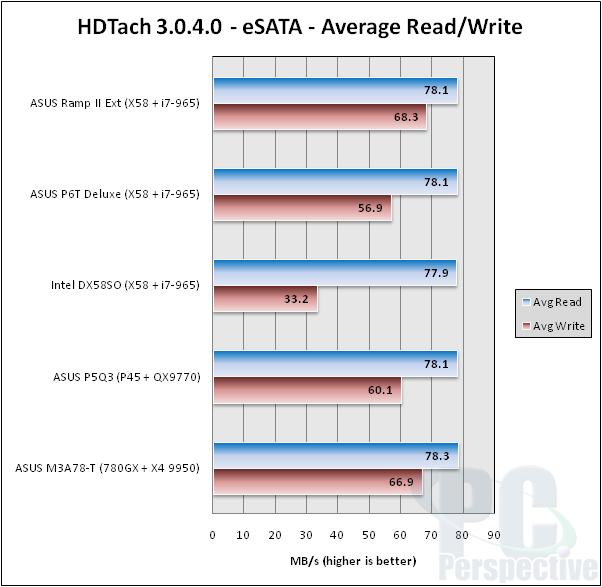 The eSATA performance of the JMicron controller is actually better than that on the Marvell chip as we can see the Rampage II Extreme getting better average read speeds by a noticeable margin. 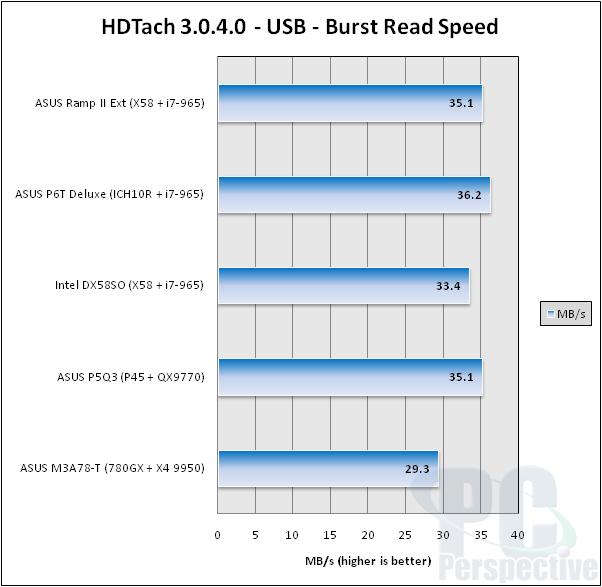 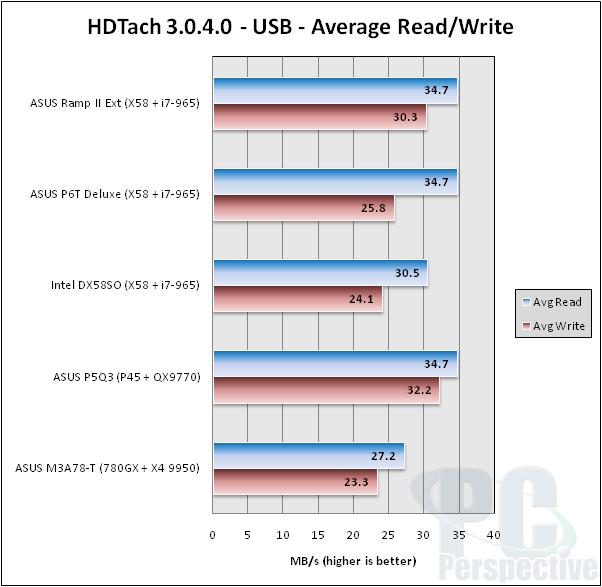 Finally, USB performance is GREAT on the new ASUS motherboard and it is able to trounce the P6T Deluxe and DX58SO motherboards.  A solid storage system performance really completes the full package on the R2E. 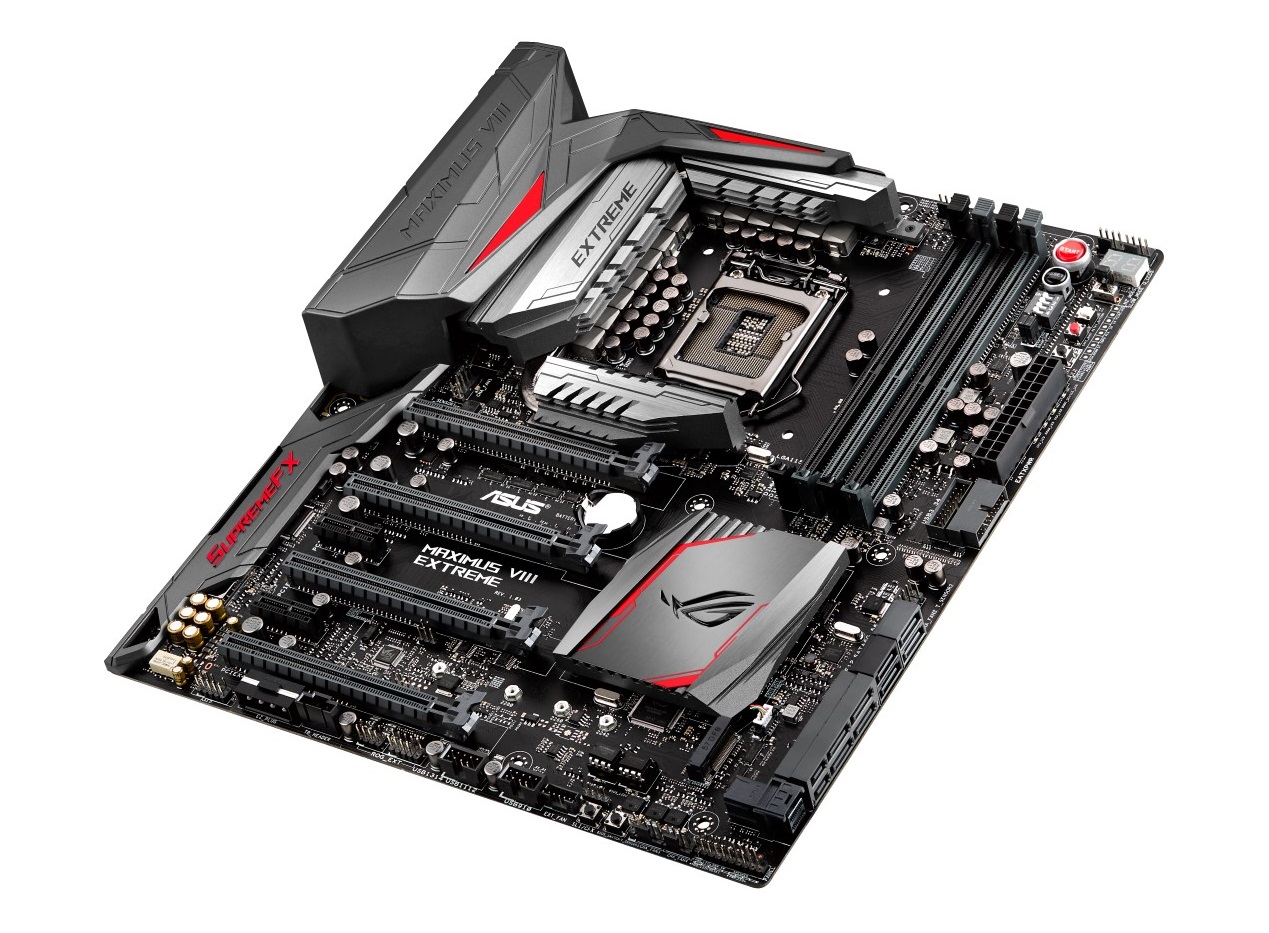