The BIOS of the ASUS Rampage II Extreme shares a lot in common with the P6T Deluxe though this board has some extra refinements that really add to the overclocking and tweaking experience in my opinion. 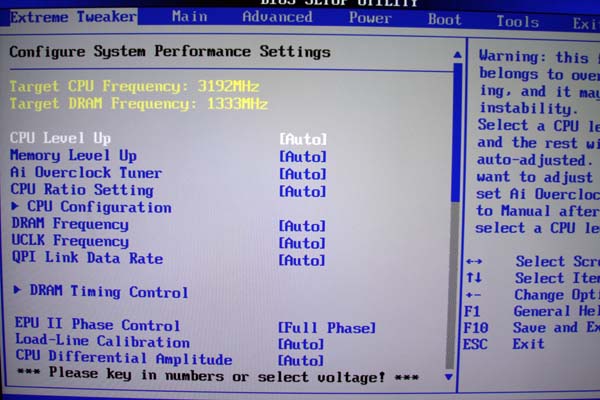 Unlike other boards not aimed directly at enthusiasts, the R2E starts immediately at the core overclocking functions preceding even the main information screen. 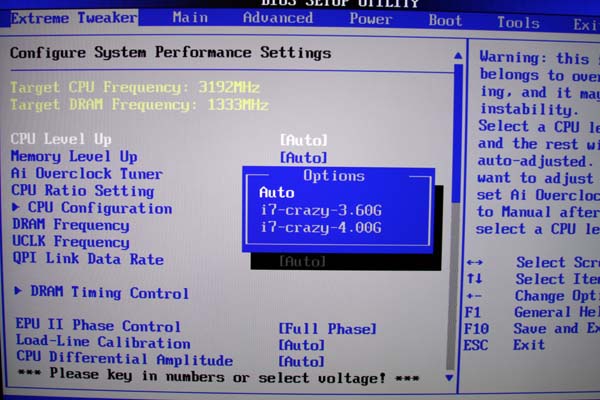 The CPU Level Up option is attempts to automatically overclock your system based on what speed you want your processor to run at.  For example, our Core i7-965 EE CPU has options of running it at 3.60 GHz or 4.00 GHz in which the motherboard BIOS will decide how best to achieve this with a mix of multiplier and base clock adjustments. 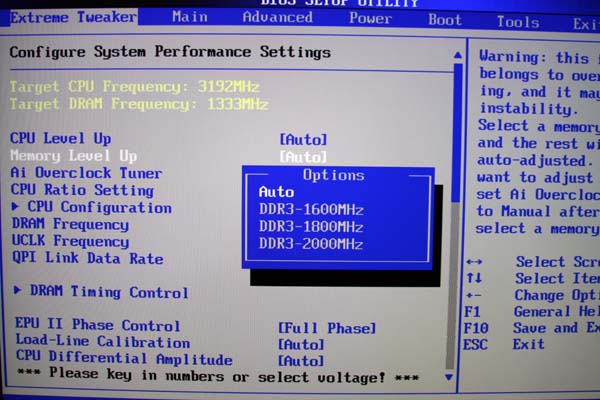 The Memory Level Up does a similar function with memory speeds up to 2000 MHz – well above the 1066 MHz officially rated at for all Core i7 parts.  In my testing, the 1800 MHz and 2000 MHz settings would not POST at all, though as memory enhances and is improved for the platform this could be a more worthwhile feature down the road. 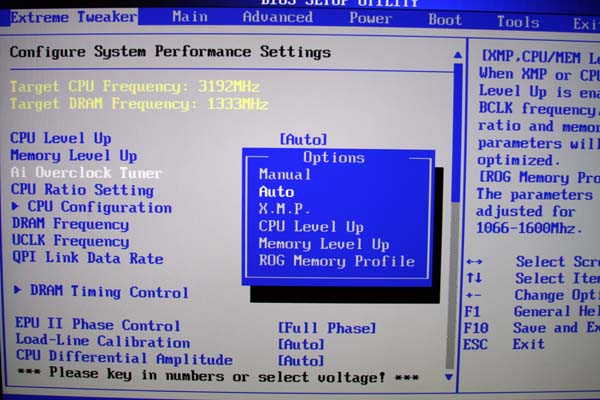 There are quite a few ways to overclock with this motherboard besides the standard manual settings method we are all used to using.  ASUS is offering up support for XMP (extreme memory profiles in the memory’s SPD) as well as motherboard specified memory profiles. 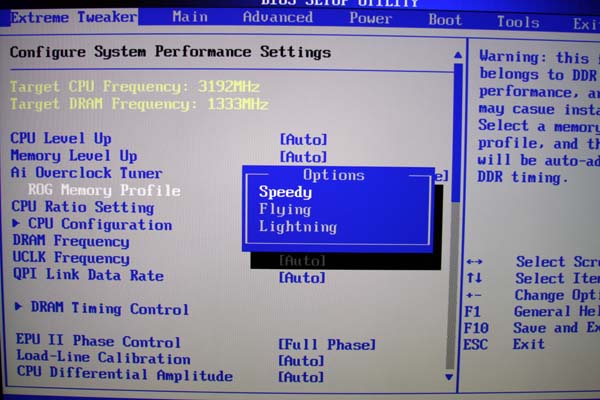 If you choose to go with the ROG Memory Profiles you are met with three options – all equally vague. 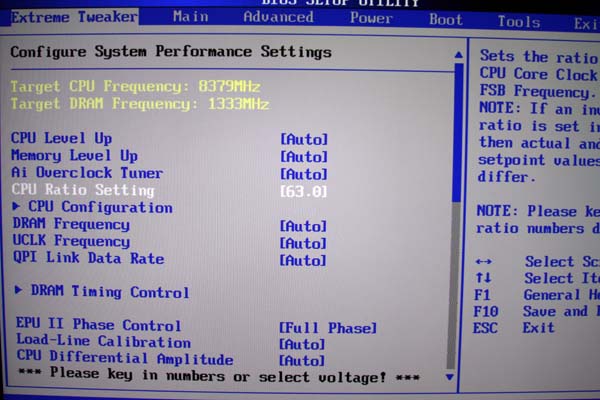 The CPU ratio with our EE processor can be bumped to as high as 63x! 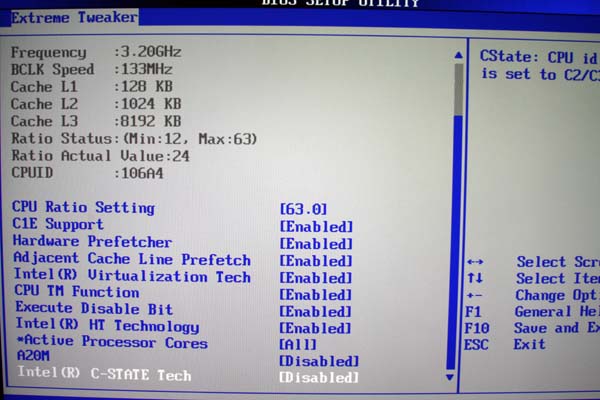 Just as with the P6T Deluxe, the Rampage II Extreme offers quite a bit of flexibility in the CPU features you can enable or disable. 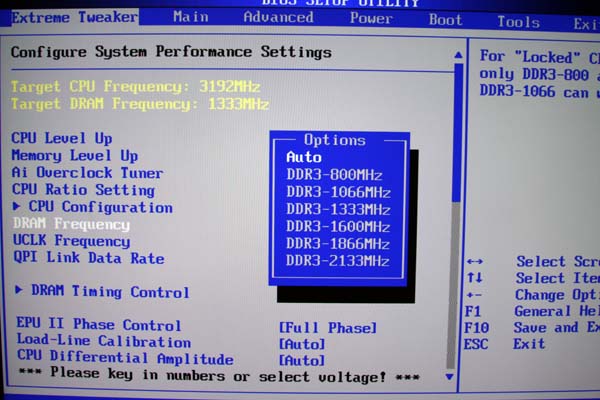 DRAM multipliers are shown as actual memory speeds – they are indeed just multipliers though ranging from 6x to 16x here. 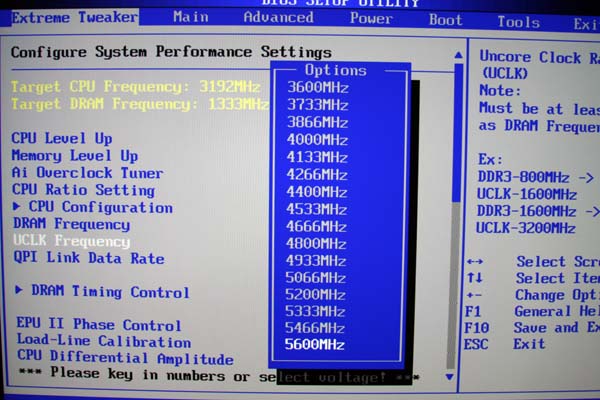 The uncore clock rate is adjustable as well up to 5600 MHz and should be set to twice whatever you have the memory running at according to Intel. 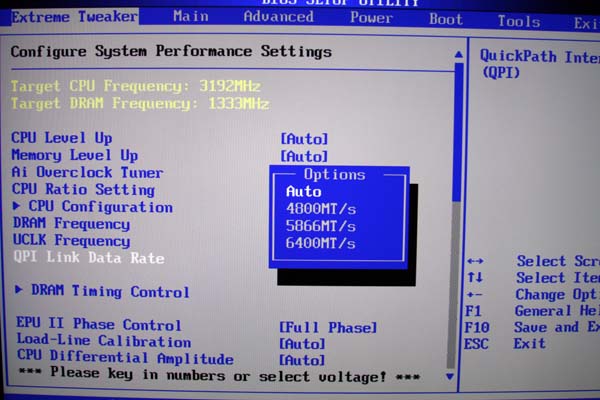 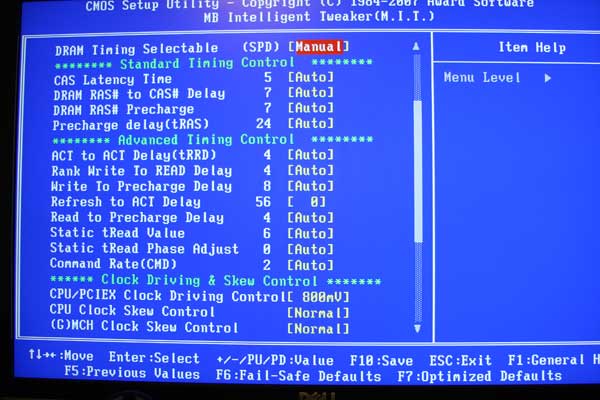 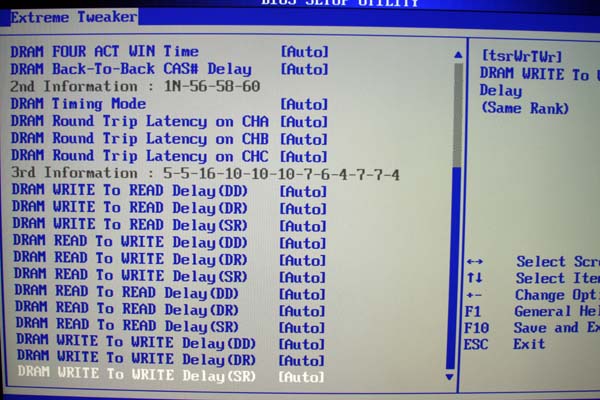 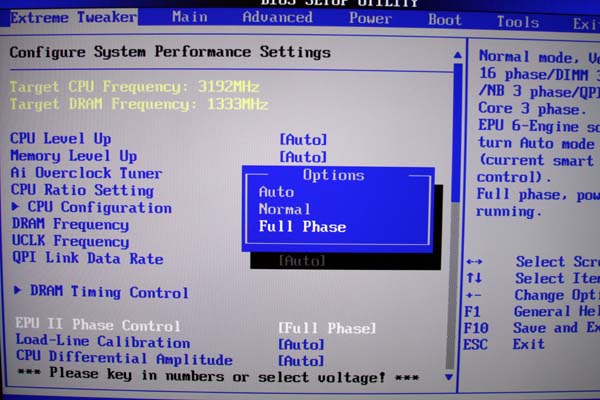 This setting allows you to turn off the ASUS EPU engine that is supposed to allow for improved power efficiency in favor of the full 16-phase design running all the time. 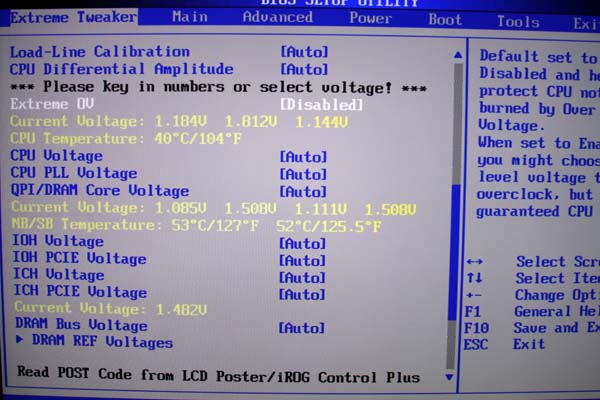 The voltage adjustment section of the BIOS is quite impressive and allows for a lot of flexibility.  First, you can type in all the values, including “auto” to revert to that, so no more annoying need to hold down the + button to get to the top setting.  Also of note is that ASUS has included the current voltages and temperatures INLINE with the adjustments you are making courtesy of the ASUS iROG device.  This is a GREAT feature for anyone that has questioned what voltage they were already running at before wanting to make any changes.