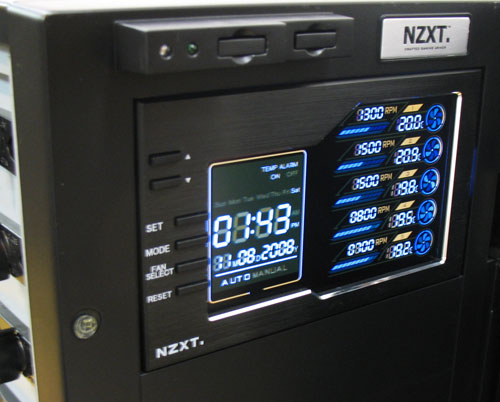 The large LCD display is divided into two areas.  On the left is a window that shows the time, date, day of the week, operating mode, and whether or not the Temperature Alarm is turned on or off.

The window on the right is divided into five rows that display the fan speed in rpm and temperature (either °C or °F) along with animated graphics that are proportional to fan speed. 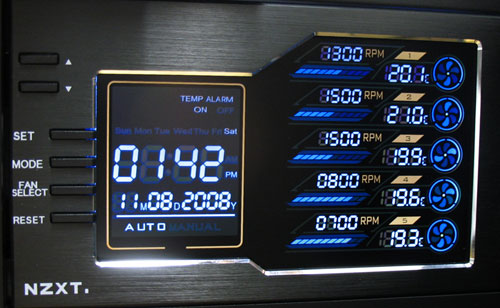 There are six small, rectangular buttons on the left edge that are used to control and program the Sentry LX.  I found the overall setup and use to be very easy and intuitive.  A single press of the Mode button for example will toggle the controller between Automatic and Manual modes.  In Automatic Mode each connected fan’s speed will be controlled by the associated temperature probe attached to that channel.  So if you want channel one to control the fan on your CPU then you should place the temp #1 sensor in close proximity to your CPU HSF. 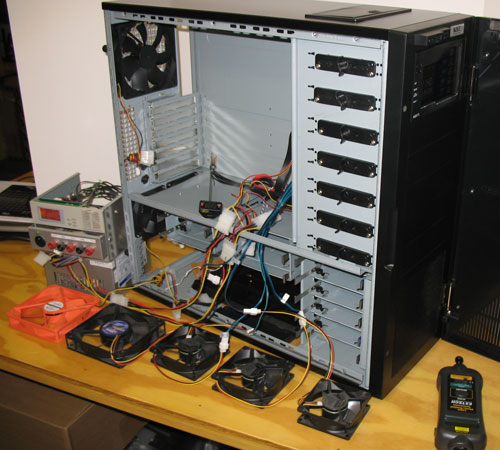 I installed the Sentry LX fan controller into a NZXT full-tower case and connected five different fans for testing.  Overall, fan speed control proved to be very good and the displayed rpm values were relatively accurate.  The accuracy of all five temperature channels was also good over a broad temperature range (+/-1°C).

Watercoolin’ on a friday morn & More 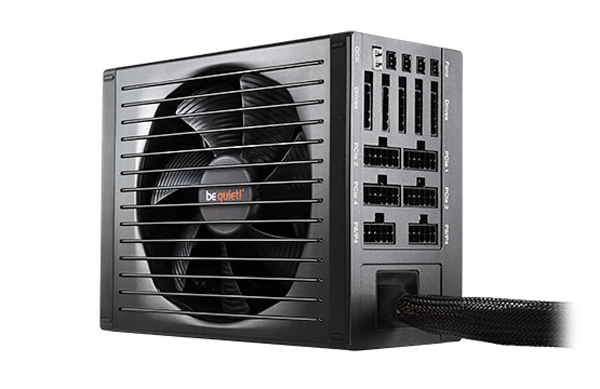