Since Sapphire is the only vendor that is going to be releasing an HD 4850 X2 2GB graphics card, they decided to take their time and offer a non-standard cooling solution while they were at it. 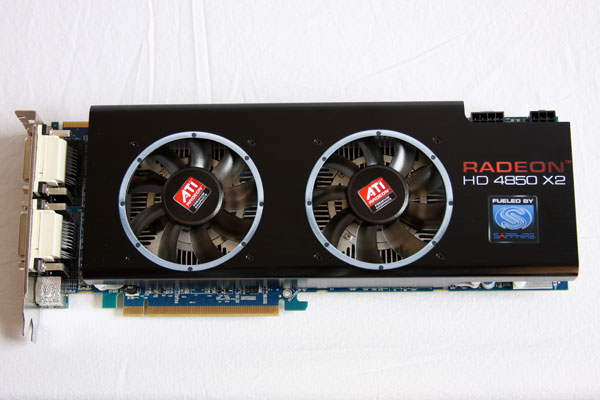 The size of the card is nearly identical to that of the HD 4870 X2 cards – long.  The weight is down considerably though thanks to a lighter aluminum exterior fan shroud and some less extensive heatsinks required for the slower GPUs and GDDR3 memory. 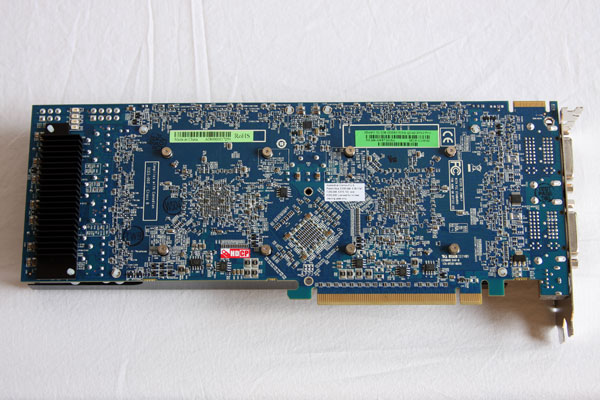 The even with 2GB of frame buffer on this card the back of the Sapphire board is bare of memory chips though does include some power regulation on the far side with a small heatsink on them. 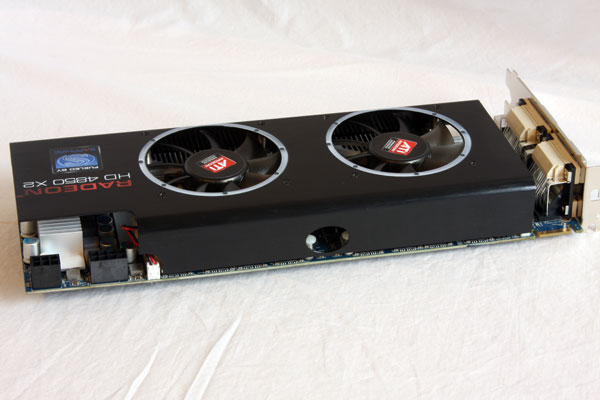 Looking at the card on its side you can see that much of the design under the aluminum shroud is empty.  To that effect the PCB itself is somewhat flexible when installing the power connections which is unfortunate. 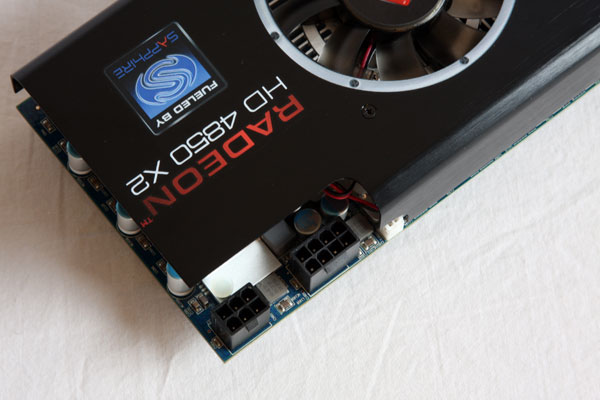 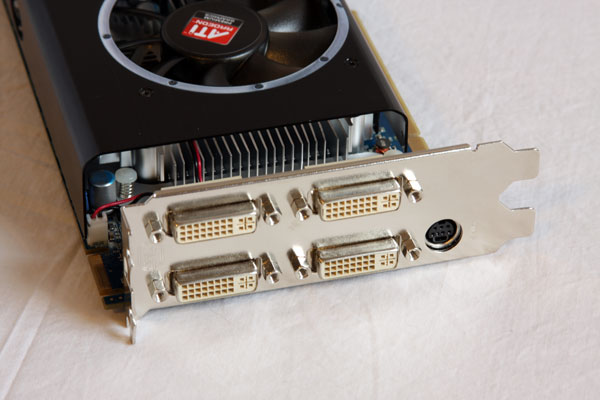 The Sapphire HD 4850 X2 provides for a great set of output features for multi-monitor lovers: four dual-link DVI outputs are included!  There is also a single TV output port that supports both S-Video and HDTV component output via an included dongle.  Also, the dual-link DVI outputs support HDMI output with the integrated sound controller and DVI-to-HDMI connector. 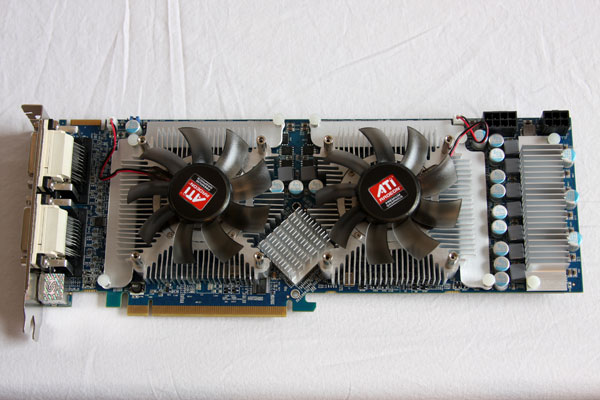 Removing the outer layer of the card shows us what is underneath.  There are two distinct coolers on the board with fans on them under which rest the dual AMD RV770 HD 4850 GPUs.  Between the two fans you’ll see a much smaller square sized heatsink without a fan that cools the PCI Express 2.0 bridge chip for chip-to-chip communication.

The memory is being cooled with the flat heatsinks surrounding each GPU heatsink and gets air from the fans above. 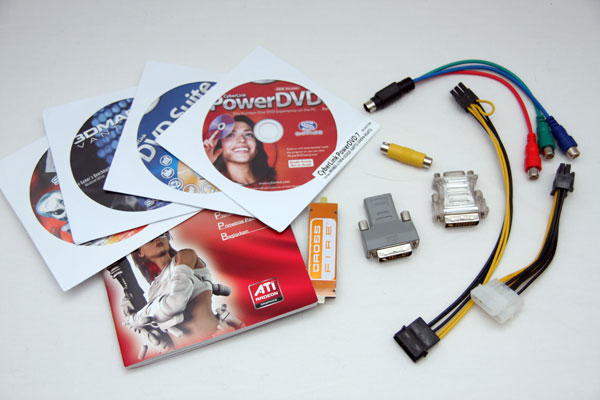 Inside the box with the Sapphire card you will find a good assortment of accessories including a DVI-to-HDMI adapter, DVI-to-VGA adapter, both a 6-pin and 8-pin power adapter, composite and component TV output dongles and a good software mix including DVD playback and creation from CyberLink and even a full copy of 3DMark Vantage. 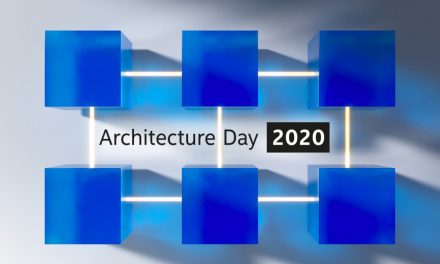