Dead Space is a futuristic shooter/thriller game that is a good mix of Doom 3 and Halo 3. 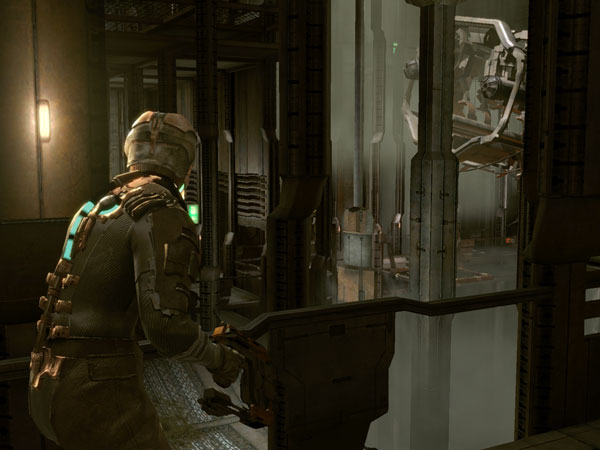 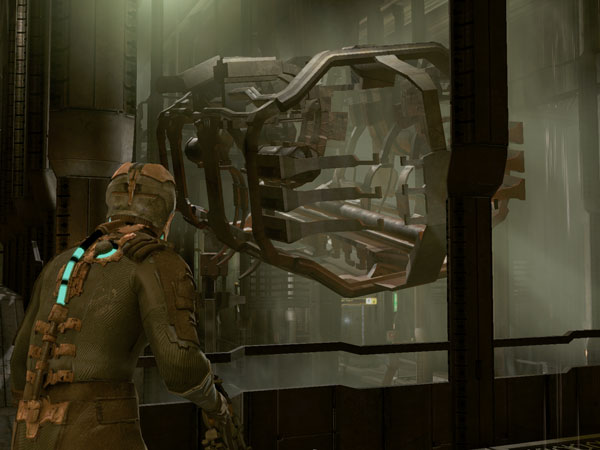 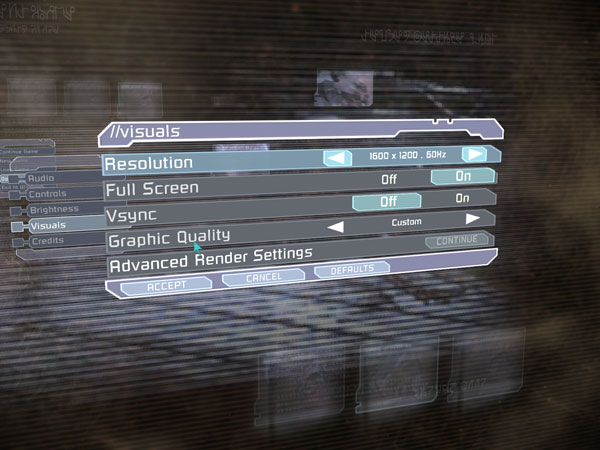 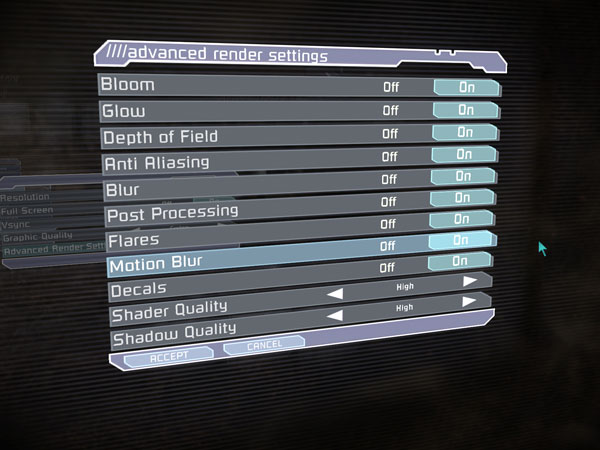 
Dead Space testing proved to be a bit difficult in terms of repeatability so chose an area of the game that had one the larger open spaces in the environment and walked around while blowing up some tanks that happened to be sitting on the catwalk.  We used FRAPS to record the results you see below. 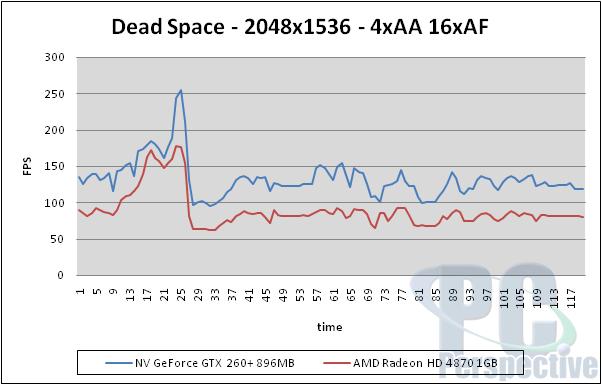 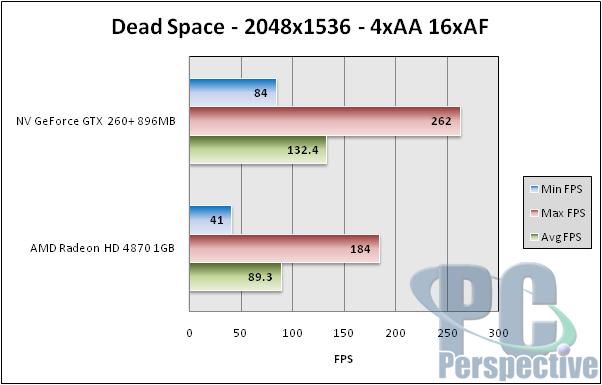 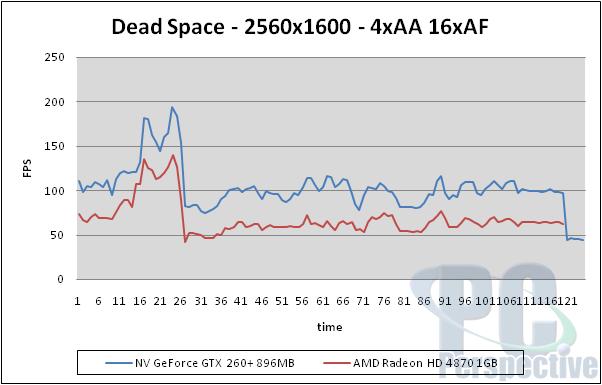 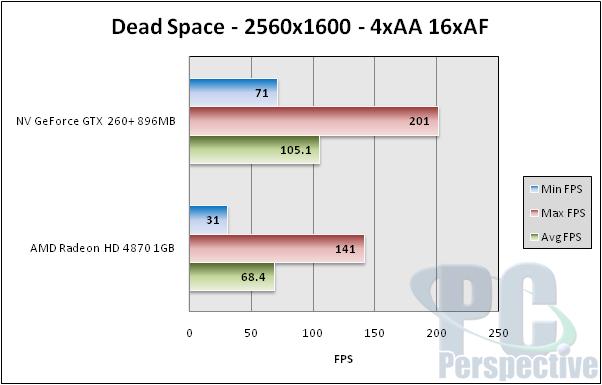 Though neither the NVIDIA or AMD card had any performance issues at either the 2048×1536 or 2560×1600 resolutions, the GTX 260+ was the better performer of the two.  Dead Space obviously wasn’t stretching the GPU performance too much on NVIDIA card as getting more than 100 FPS at such a high resolution is usually unheard of.  AMD’s Radeon HD 4870 1GB also produced a competent gaming experience at 2560×1600 even though it was a distant second to NVIDIA’s offering, falling behind more than 50%.