Even with the release of the Intel Core i7 CPU and X58 chipset, the Intel Core 2 processor continues to be a great bargain processor option while offering great performance. The P45 chipset is the most mainstream solution for motherboards and we have a trio of offerings from MSI, Gigabyte and ASUS today that we’ll run you through to see which might make a great upgrade option for you.

Intel Core 2 will have legs for some time


Despite the fact that Intel’s Core i7 processor launched last month to much fanfare, the Core 2 series of processors is still just as popular as ever, if not more so with the declining state of gamers’ and enthusiasts’ finances.  As such, motherboards built on the LGA775 socket continue to be a popular choice for system builds, upgrades and overclockers alike.  It sure helps that you can get incredibly fast quad-core processors for under $300 to go with motherboard selling for under $150 – budget gaming is all the rage with the kids these days.

As it turns out, I have had a handful of Intel P45 chipset motherboard sitting on the test bench waiting patiently to be tested and reviewed.  While the Nehalem CPUs and X58 motherboard stole the spotlight for November, reality is setting in and Core 2 CPUs continue to be the best selling parts around.  What better time to take a look at three good P45-based solutions that could make it into your next system build?

For this article I will be taking a look at three boards: the Gigabyte GA-EP45-DS3R, the MSI P45 Platinum and the ASUS P5Q3 Deluxe/WiFi.  The Intel P45 chipset gives these three boards most of the same features across the set including support for processors with up to a 1600 MHz FSB, DDR3 and/or DDR2 memory support, PCI Express 2.0 with support for CrossFire technology, 6 SATA 3.0 Gb/s ports and more.  There are still some key feature differences that each vendor chose to help their product stand out that we will evaluate through the article.

The Gigabyte EP45-DS3R motherboard skews towards the side of ‘basic’ when it comes to layout design and feature set. 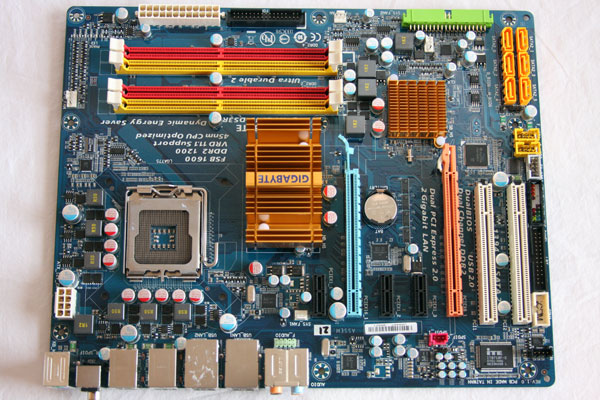 With just a simple passive heatsink on the P45 north bridge, we know that the chipset doesn’t put off as much heat as NVIDIA’s nForce 790i chipset, for example. 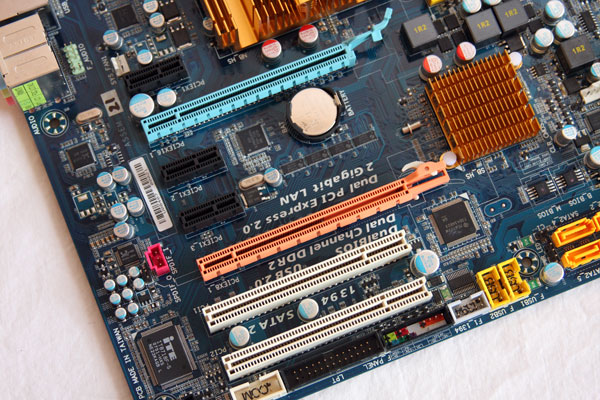 The expansion configuration on the EP45-DS3R motherboard supports up to three PCIe x1 accessories, two x16 PCIe graphics cards and two legacy PCI slots.  With the pair of PCIe x16 slots this motherboard can support CrossFire technology from ATI but not NVIDIA’s SLI graphics technology due to licensing issues.

You can also see under the last legacy PCI slot a connector for an LPT (printer!!) port, support for a COM port as well as the case connectors that allow you to hook up the power button, LED lights and more. 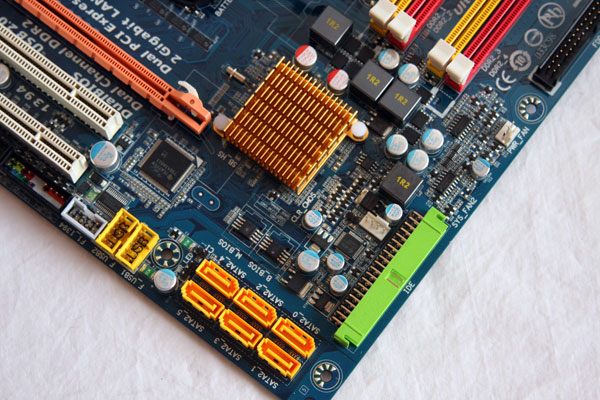 On the opposite side of the motherboard you can see the ICH10R south bridge covered by a simple passive heatsink as well as six SATA ports, a single IDE channel, additional USB and Firewire headers and some of the power regulation hardware as well.  The green IDE channel is actually provided by a JMicron chip directly behind it since the ICH10 south bridge from Intel removed IDE from its feature set some time ago. 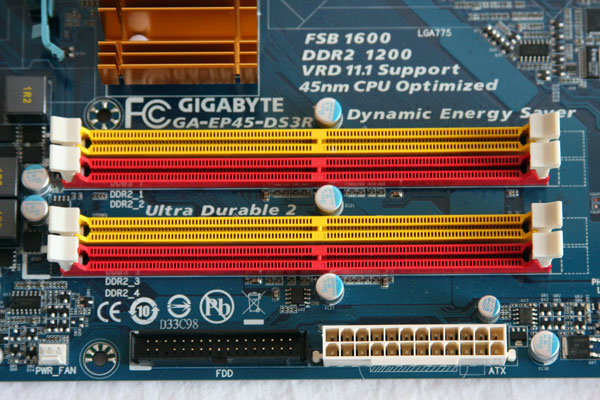 The Gigabyte EP45-DS3R has four DIMM slots that support DDR2 memory speeds up to 1200 MHz via some included BIOS overclocking.  The P45 chipset gives the motherboard manufacturer the ability to decide which memory type they want to implement – DDR2 or DDR3 – and Gigabyte chose DDR2 for this motherboard likely for cost reasons.  And as you’ll see in our benchmarks, DDR3 memory speeds are not really affecting real-world performance as you might hope.

Also here you can see the floppy channel connector and the 24-pin ATX power connector that is well placed out of the way of other components. 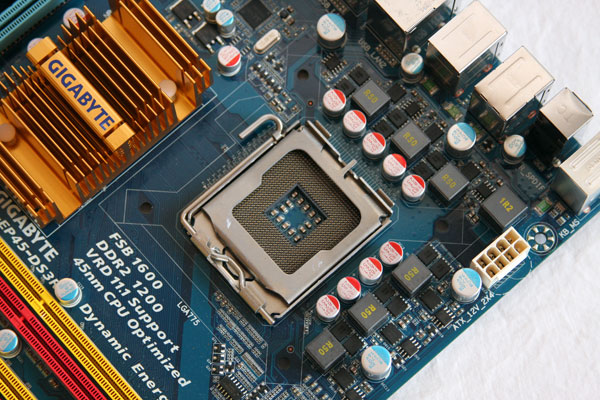 The LGA775 CPU socket supports Core 2 processors including dual-core and quad-core CPUs and even though the room around the socket is a bit on the tight side, I had no problem our Koolance-based water cooling setup or a larger than standard Zalman heatsink.  You can see the 8-pin ATX power connector to the right of the CPU socket at the very top of the motherboard – this makes removal of the cable in small chassis somewhat difficult but does keep the cable clutter away from the CPU whenever possible. 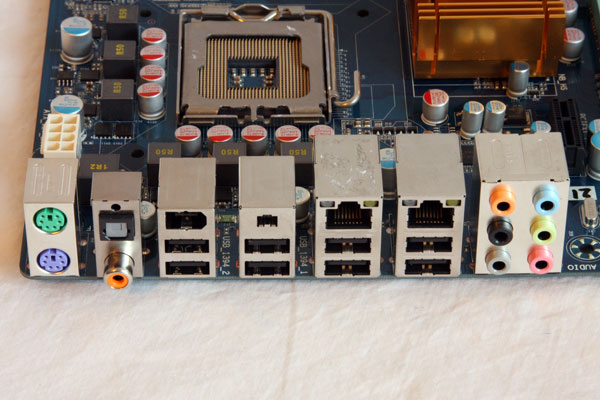 The external connectors on the Gigabyte EP45-DS3R motherboard are interesting and include eight USB 2.0 ports and two Firewire ports; something you don’t often see on today’s motherboard solutions.  There are twin Gigabit Ethernet ports, outputs for 8-channel analog audio and both optical and coaxial digital audio output as well.