Solid state drives (SSDs) are definitely one of the most interesting product categories of the day as they promise users benefits of flash memory for primary storage and the end of the platter-based hard drive reign. The OCZ Apex is unique in that it uses internal RAID-0 configurations to help speed that transition along.

I stated recently in my Twitter feed that by far the most interesting and controversial technology of the day is that of solid state drives.  SSDs are both loved and hated by PC enthusiasts as they promise the world, often under deliver and then charge you an arm and leg for the results.  The earliest solid state disks (and even some low cost ones for sale today) were downright horrible and are simply in production because they can sell them off the “sexy-factor” surrounding the world of SSDs.  In recent months reviewers and consumers have gotten smarter when it comes to solid state drive technology, where it works best and where it doesn’t and companies like Intel have pushed the levels of performance to new heights.

The Intel X25-M series really changed what many consumers thought of SSDs – until then most MLC (multi-level cell versus more expensive single-level cell) drives had been plagued with stuttering and other performance issues thanks to some less-than-stellar JMicron controller chips handling the I/O for the drives.  Intel’s custom-built logic was much improved and while the price was much higher than other SSDs of similar capacity, consumers were gobbling up the drives proving that the market was there for high quality drives.  Needless to say the other drive vendors have been in “catch up” mode and have been hesitant to put out products that didn’t stand a chance against the Intel X25-M series.

Even though companies like OCZ don’t manufacture their own drives, they are still able to help engineer and design parts to resell.  The new Apex series of solid state drives actually does us a JMicron controller, but a new version and in quite a unique way.

We reviewed our first OCZ branded solid state drive back in April of 2008 – SSDs have come quite a long way since the day of that 64GB option running you $1100 and not performing much better than standard drives.  The newest set of SSDs from OCZ takes a very different approach to the SSD dilemma by actually putting TWO controller chips inside paired together with RAID technology. 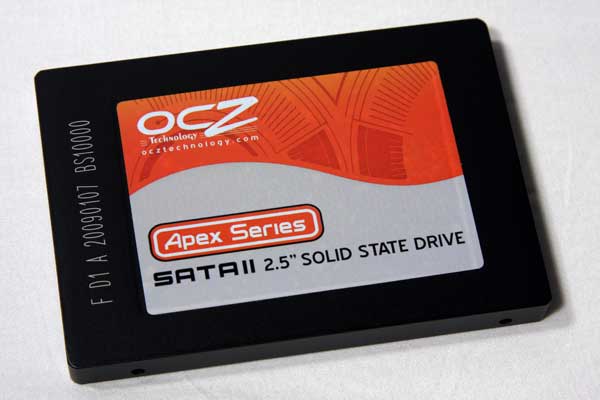 The OCZ Apex series of drives continues to use the 2.5″ drive size standard typified by notebook hard drives and is really nothing fancy to look out – hard drives and SSDs are about as UNinteresting as it gets for PC components.  The Apex drives will come in three different capacities including 60GB, 120GB and the 250GB model we will be testing today. 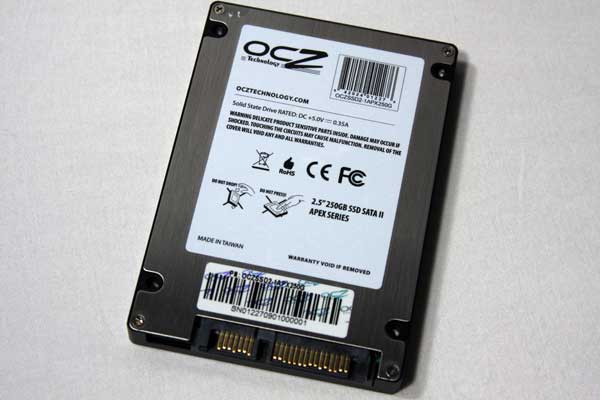 The Apex drives connect using the standard SATA data and power connections and should in any 2.5″ drive configuration for notebooks or desktop systems. 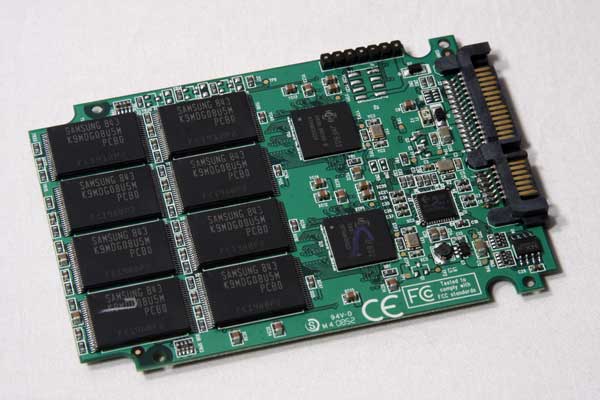 Taking apart the Apex is a simple matter of removing a set of four screws and voiding any warranties you might have wanted to use.  What you see above is Samsung memory chips on the left, a pair of JMicron flash memory controllers in the middle and single, smaller JMicron RAID controller on the right.  All of this technology adds up to a single drive with larger capacity and supposedly faster performance. 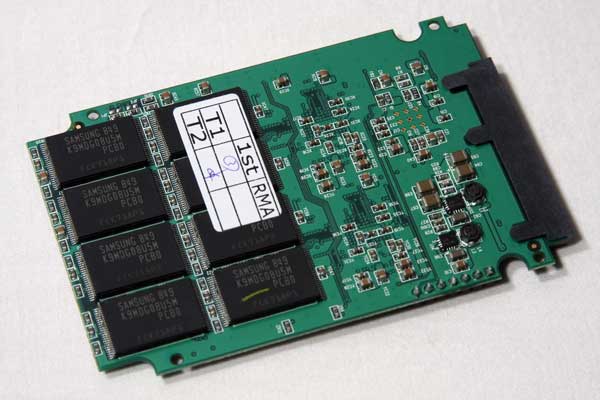 On the back of the PCB we see another set of memory chips that add up to the total 250GB of available capacity on our review sample. 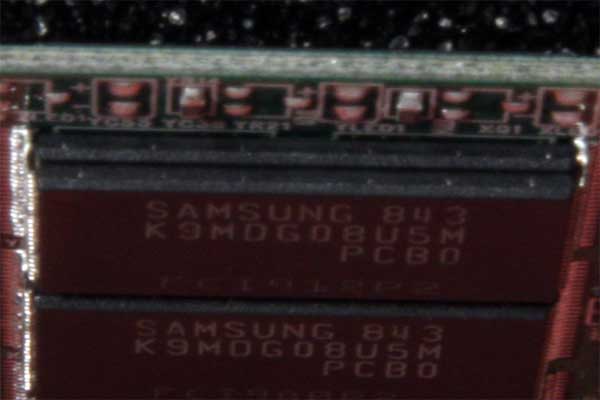 Though it doesn’t affect the performance or functionality of the drive, I thought many of you might not realize that most of the SSDs are using stacked memories – two physical chips are stacked and then soldered to different leads to save on space.  If you were doing the math before and coming up with half capacity, now you know why. 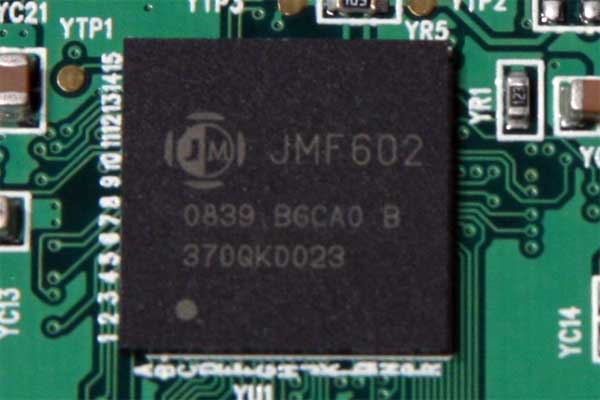 Probably the most interesting part of the OCZ Apex drive is the fact that it uses not one, but rather a pair, of the JMicron JMF602 controllers.  Yes, these controllers are somewhat notorious for performance issues including stuttering and pausing but they are cheap and allow OCZ to offer drives with larger capacity than what MLC Samsung-based drives and Intel-based drives offer.  (Also note these are the newer JMF602B versions that are slightly improved overall.)  In order to attempt to address these performance complaints the Apex series uses a PAIR of the controllers with an internal RAID-0 configuration. 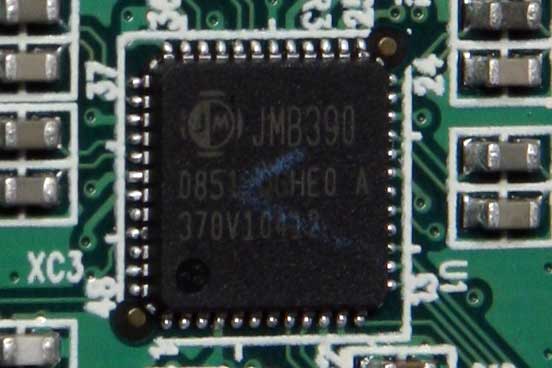 The pair of JMF602B controllers is essentially creating a pair of 125GB SSDs in the drive and it’s the job of the JMicron JMB390 RAID controller to put them in a RAID-0 configuration so it appears to be a single drive to the computer and operating system.  The RAID operation is completely seamless to the end user (with maybe one minor exception we’ll talk about in benchmarks) and unless we were telling you about it not you likely would never care about the fact.

It is an interesting way to both increase performance and decrease write stutter issues that we were eager to judge the validity of. 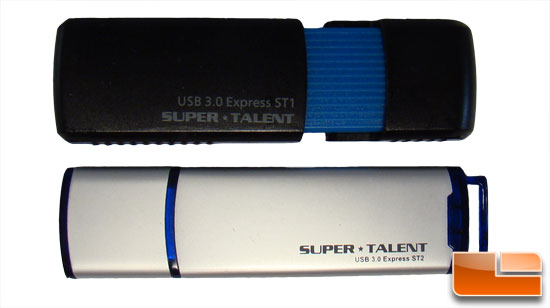