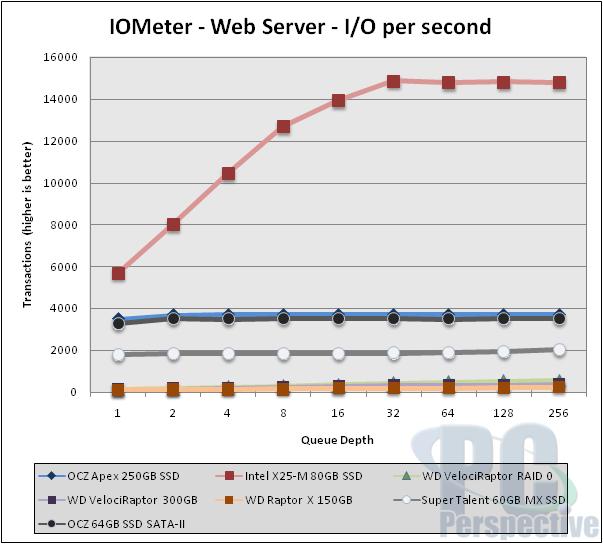 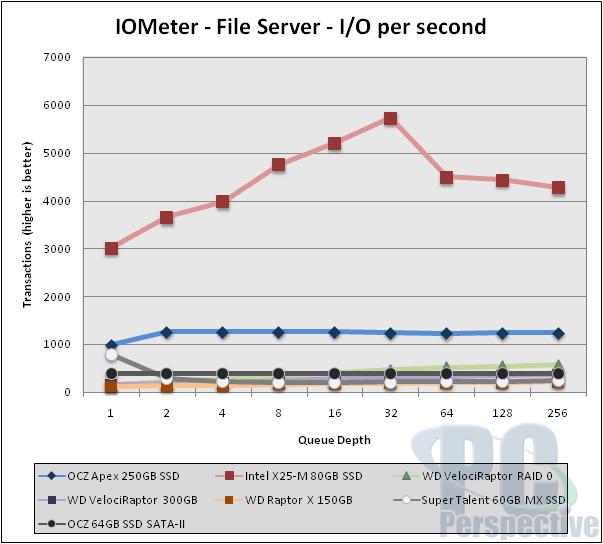 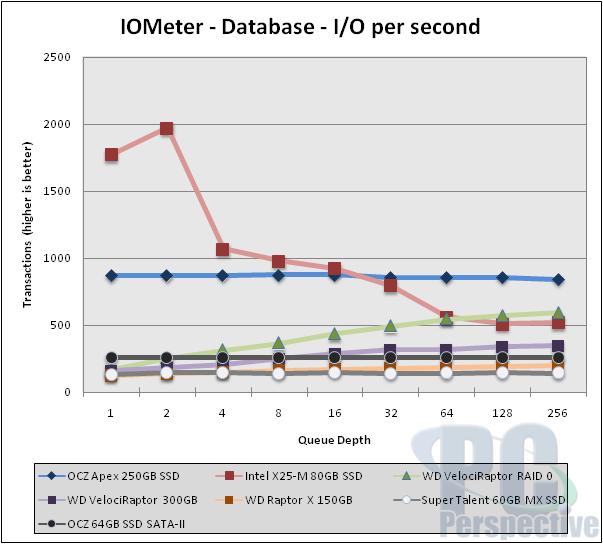 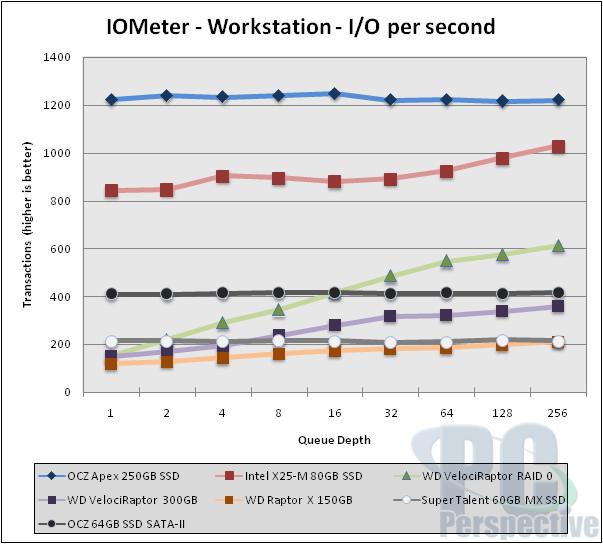 I need to first explain some problems we had with our IOMeter testing and the new OCZ Apex SSD.  The first returned results from this benchmark were absolutely abysmal for three of the four tests (the web server scenario for some reason was immune) and included IOs per second in the teens.  Consider that the Intel drive was going over 14k IOs per second in the web server tests this was obviously an eyebrow raiser.  We initially thought we were seeing an incompatibility with the Apex internal RAID-0 configuration and the way that IOMeter does its hardware level testing and that may still be the case.  OCZ eventually found us a work-around by telling us to set the “starting disk sector” to something like 512 or 1024 and then set the “maximum disk size” to anything reasonable like 2,000,000.

That did improve our results and allow the Apex 250GB SSD to give us “normal” testing scores.  That being said, there is something amiss with this application and this particular drive as no other HDD or SSD has exhibited any similar results.  I am going to continue looking into the incompatibility with IOMeter in the coming weeks hoping to find the culprit and thus be sure there is nothing wrong with the JMicron-based internal RAID architecture design.

Anyway, on to the results we do have: the file server and web server results still show the Intel X25-M with a large advantage in IOs per second though the Apex drive does well enough to stand out with or from the other SSD drives tested.  In the database and workstation results the Apex drive does much better overtaking the Intel drive with larger queue depths on the database test and leading the entire time under the workstation results.