The top of the line X58 motherboard from Gigabyte is the GA-EX58-UD5, and the lower end is the P45 based GigaByte GA-EP45-UD3P.   Now their is a middle brother in the series, the new EX58-UD4 which has almost all the extras that the UD4P model has except support for multiple nVIDIA graphics cards, basic Crossfire will work just fine.  CPU3D felt the motherboard to be a solid choice, if the EX58-UD4P didn’t exist.  As it does, it is hard to justify losing some of the options available on the slightly more expensive board.

“In this review, we will be taking a look at the Gigabyte EX58-UD4 mothaboard. It’s aimed at the mainstream market and falls smack in the middle between the higher-end EX58-UD5 and the entry-level EX58-DS3. The board layout and features are very similar, if not almost identical to the EX58-DS4, which we reviewed a few months ago. Obviously, the difference being the adoption of Gigabyte’s UltraDurable 3 on the EX58-UD4.

As usual, it utilises Intel’s X58 chipset along with ICH10R southbridge, and supports triple channel DDR3 ram, CrossfireX, as well as Gigabyte’s innovative UltraDurable 3 and DES Advanced. As far as performance is concerned, we can expect the EX58-UD4 to be very similar to other X58 based motherboards from Gigabyte … such as the EX58-DS4.” 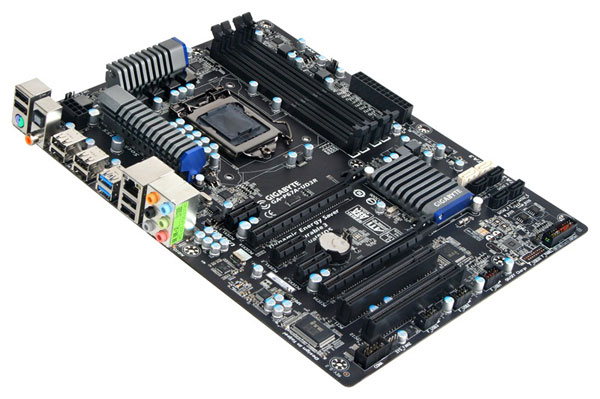