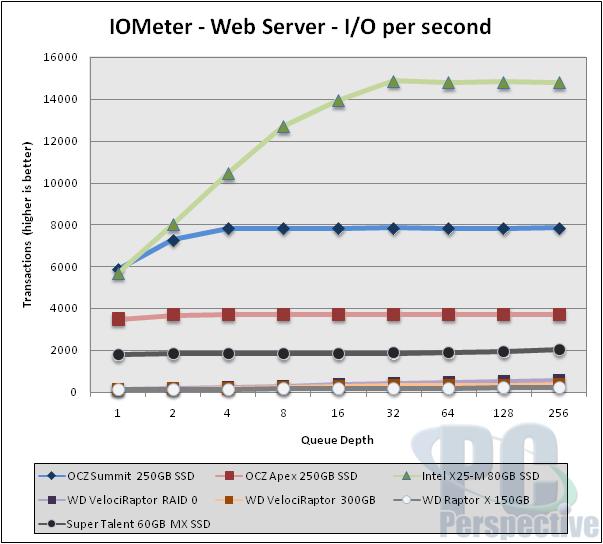 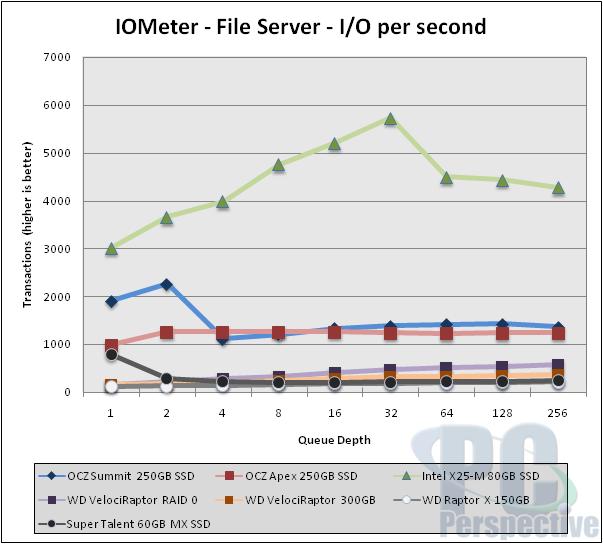 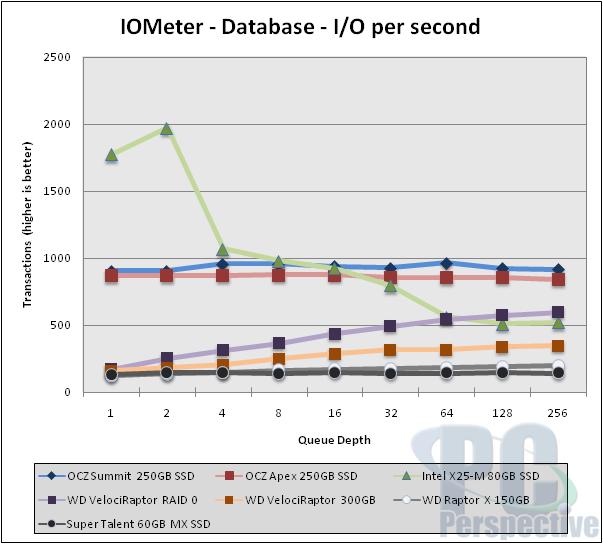 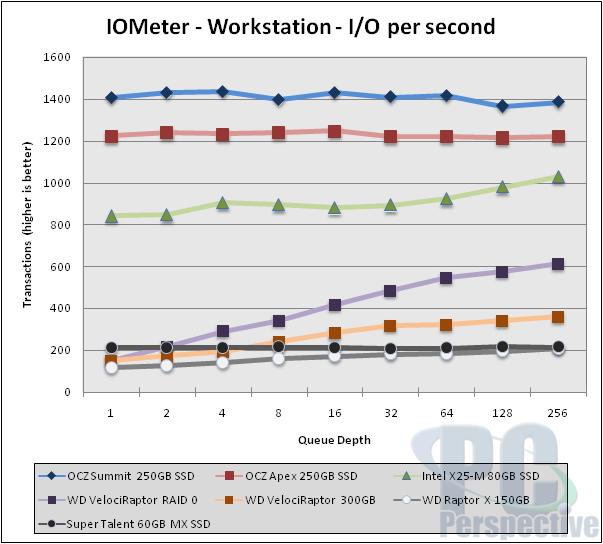 You might remember we had some issues with the OCZ Apex drive and the IOMeter benchmark; there were no such problems here with the Summit SSD at all.  In fact, the results in our tests were very impressive with the OCZ drive able to easily take the 2nd place spot in three of the four results behind the Intel X25-M.  In the workstation result the Summit drive is actually performing better than Intel’s offering.