The AM3 Choices and Why

Why not gangbusters?  That is the question that most people ask.  Why introduce the AM3 architecture with two lower end parts, instead of hitting hard with a 3.0 GHz or 3.1 GHz AM3 part with fast DDR-3 memory?  Well, there seems to be quite a few reasons for this.  Some folks may call BS, others may theorize that there is something wrong with the chip, and others simply will not care and continue to happily run their Intel based products.

The first real reason why AMD is not introducing such a part is primarily due to the high price of DDR-3 memory.  This memory easily costs double that of comparable DDR-2 DIMMS.  4 GB of DDR-2 1066 memory with fast timings costs around $55, while 4 GB of DDR-3 1333 that run at fast timings is upwards of $99+.  When considering that AMD does not expect performance to improve all that much until users utilize DDR-3 1333 memory at tight timings, it does not exactly make sense to pursue such high ground until it is more economically feasible to do so.  AMD is under no misconceptions that their products are mainstream and not enthusiast level, and right now fast DDR-2 memory is certainly mainstream. 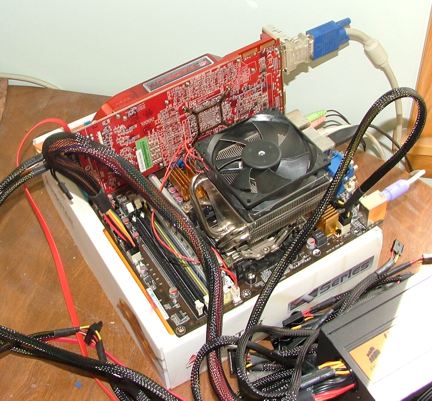 This system looks shocking familiar!  The Asus M3A78-T Deluxe has been a workhorse in the lab, and we used it quite successfully on the X4 940 launch.


The second is the availability of AM3 motherboards.  Yes, there are a few trickling out which actually support DDR-3, but they are still rather uncommon.  We are in fact seeing some AM3 socket motherboards which only support DDR-2 memory, plus we have a good selection of AM2+ boards which feature the same chipsets from both NVIDIA and AMD.  While many manufacturers will be putting out AM3 motherboards, again due to tight times we likely will not see the development of a whole slew of new motherboards.  Considering that guys like Asus, Gigabyte, and MSI are literally drowning in Intel chipsets that did not sell for Q4 and Q1, their expenditures on such products has gone down dramatically.  The fact that most of these manufacturers’ AM2+ boards are AM3 compatible also plays into this, so a simple BIOS update will enable these motherboards to work with AM3 processors.

The final reason is that the bios support of the DDR-3 memory controller is just not that good right now.  AMD feels that most of the AM3 boards that will be available from day 1 of the launch could be pretty rough around the edges, and their overall performance may not be as shiny as a mature AM2+ board with fast DDR-2 memory.  As the needs of the new controller are better understood, and the low level microcode implementations are tweaked and adjusted to attain stability and better performance, then we will see DDR-3 performance improve from what will be available at launch.  From all our talks with AMD, they are denying that the AM3 controller has any issues, and is fully validated to perform well with DDR-3 memory.  Again, a lot of the changes that we will likely see are not from a chip design standpoint, but from BIOS and micro-code adjustments that AMD will implement with their partners.  This is also the driving reason why AMD is not putting out a high end Phenom II Black Edition for AM3 (yet).  It would really be dumb of AMD to put out a high end part, with a high end pricetag, which will not significantly outperform the Phenom II X4 940. 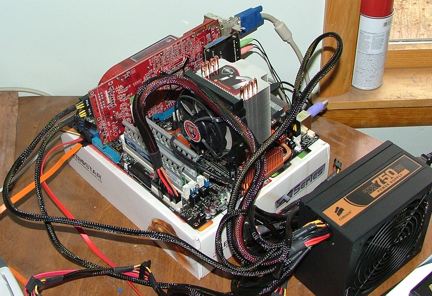 The Intel platform consists of the E8500 and X38 motherboard.


We still live in a world where most of our applications are not multi-thread aware.  Most games are still single threaded, or if they have any multi-thread capabilities they are limited and do not push all cores to their fullest.  Still, we are slowly moving in that general direction, and most of the current benchmarks we have are nicely multi-thread aware.

It seems to me that the processor that really deserves most users’ attention is that of the X3 720.  It is slightly faster in clockspeed, so single threaded applications will get a small boost from that as compared to the more expensive X4.  When moving to multi-thread applications, the extra 2 cores will give a significant boost, but of course not as fast as the full 4 core version.  Finally, overclocking on the X3 is easy with the unlocked multiplier.  Overclocking on the X4 810 is significantly tougher, and requires a bit more of an artistic touch to get high overclocks out of it (due to the nature of the bus speeds, HyperTransport, northbridge frequencies, how the main memory reacts to those frequency changes, etc.).  If you are an overclocker, and want to play with AMD parts, the easiest and most rewarding way to do this is to get a Black Edition processor.  The X3 720 is definitely a budget enthusiast chip, far more so than the earlier triple core Phenom 8750.