Valve put together a couple of benchmarks that show how well (or badly) multi-core CPUs can compile maps as well as tackle complex particle systems which can utilize more than one core. 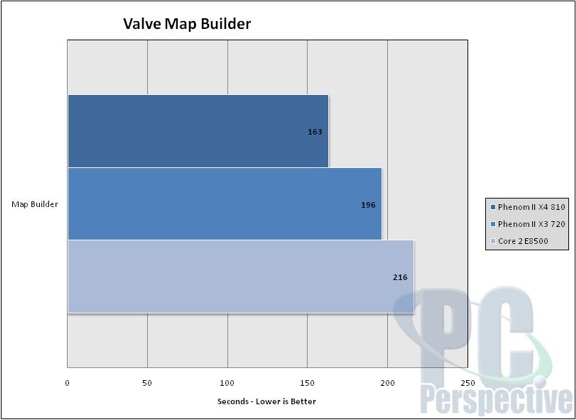 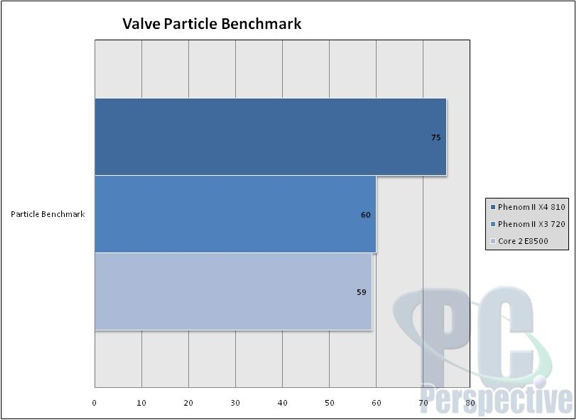 More cores means more performance in this test.  The X3 720 barely edges out the E8500, but considering it is $50 cheaper one cannot complain (much).

This free photo-stitching software can take multiple images and create a panoramic picture using those images (just as long as the images taken are from the same position and have overlap). 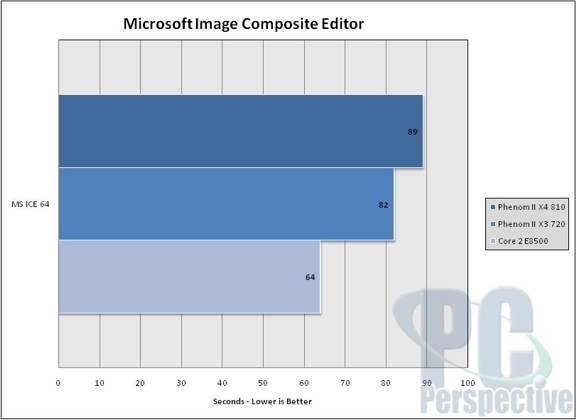 While this program is multi-thread capable, on machines with more than 2 cores it does not fully utilize more than 2 threads.  The X3 is only 66% utilized overall, while the X4 is 50% utilized.  The E8500 takes the crown in this particular test, and hopefully later iterations of MS ICE will better utilize those extra cores.

This game is still one of the most visually stunning games around, with near photorealistic scenes and lighting effects.  This benchmark features a fellow running around an area blowing apart multiple structures as well as exhibiting particle effects.  Settings were at “High” quality at 1024×768 with no AA or AF applied to the scene. 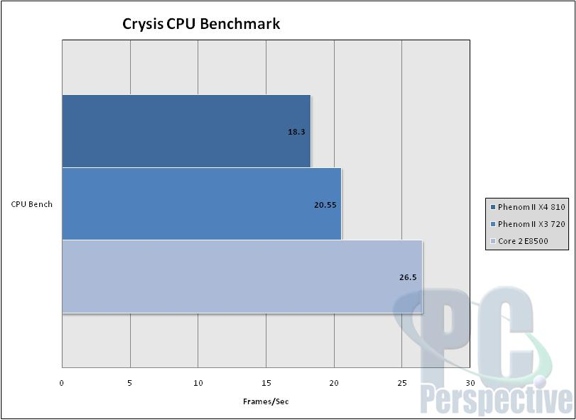 While Crysis is somewhat multi-threaded, it is not wholly optimized as such.  The combination of higher IPC and clockspeed again favors the E8500 in this particular test.  Even though the X3 is one core down from the X4, the extra 200 MHz of clockspeed gives it a good boost in the results.

This compression program scales very well with multiple cores as well as fast memory subsystems.  I used a folder filled with 1.5 GB of video files and compressed them at “medium” quality. 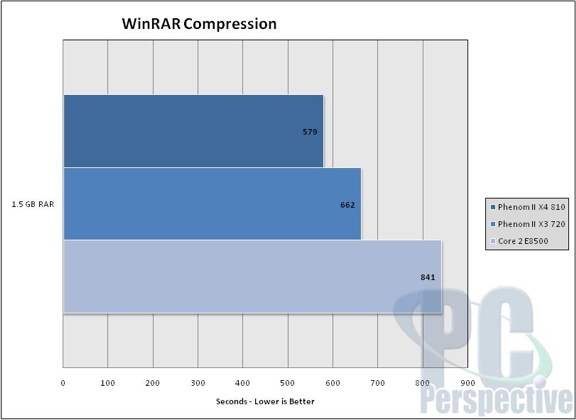 WinRAR seems awfully happy with the Phenom architecture, and it surely loves all the low latency/high bandwidth memory action it gets from it.  In this rather strenuous compression, the E8500 is a whole lot slower than the Phenoms.

This simulation models high speed airflow over an airfoil, and is multi-threaded to boot.  It is heavily floating point intensive and represents a real-world application which measure performance quite nicely.  20 steps were used with 1 thread as well as 2, 3, or 4 threads depending on which processor was used. 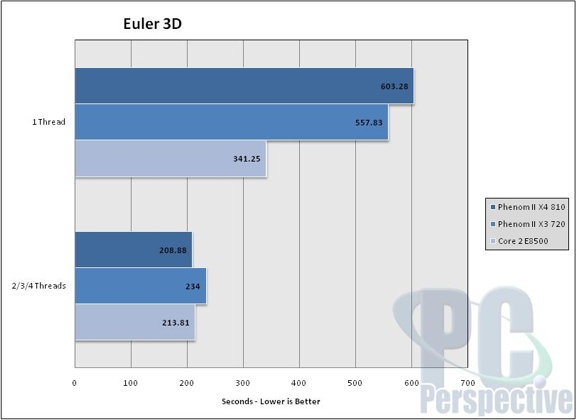 On the other hand, the Euler3D benchmark really favors the Intel architecture.  In single thread mode, the E8500 simply destroys the Phenom IIs.  When we use max number of threads the Phenoms fall more in line.

The final test is that of the freely available Microsft Windows Media Encoder 64.  This true 64 bit program again is multi-thread capable, and represents one of the fastest growing uses for personal computers (video encoding and transcoding).  I took a 250 MB 1080P WMV file and converted it to a 640 x 480 1 MB vbr file. 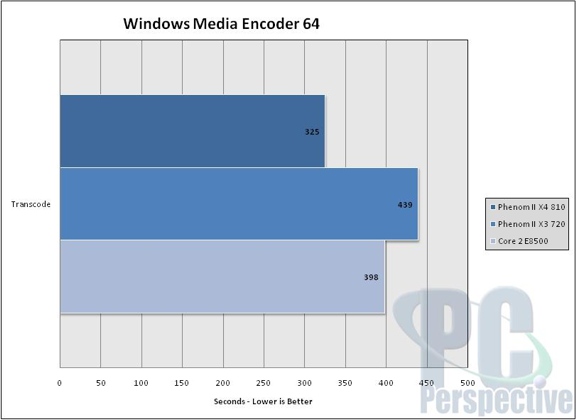 WME 9 also seems to get along well with the Phenom architecture.  Still, considering that the E8500 is one to two cores down from the competition, it does pretty darn well.