The move to 45 nm has allowed AMD to improve performance without drastically increasing TDPs.  Both the X4 810 and X3 720 are rated at 95 watts, while the E8500 is a 65 watt TDP part.  Actual power consumption was fairly close between all three, but the E8500 comes out ahead in the end.

Overclocking was interesting.  The X4 810 is a bit tougher to overclock mostly because it is a combination of HTT speed, HTT multiplier, memory multiplier, and northbridge speed.  If you get these things in balance with each other, overclocking is something that is achievable.  Unfortunately, without spending a great amount of time on it and risking some OS corruptions, I was able to get the X4 810 to around 2.86 GHz.  This is only a 260 MHz overclock, but I am not one of those guys that is an overclock artist. 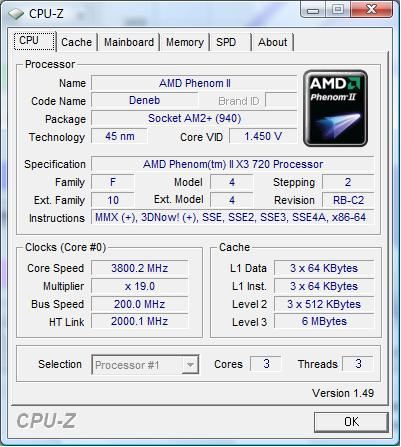 This is merely wishful thinking at this point with the gear I have to OC.  It was stable enough to hang out and capture a screenshot of CPU-Z, but once any strenuous benchmark was run it would reboot.


The X3 710 was a slightly different story.  I was able to reach 3.5 GHz at stock voltage with this particular chip, and I was able to reach 3.7 GHz at 1.4 volts.  This is not all that much dramatically different from my experiences with the X4 940, but it is a pretty impressive overclock considering it is a $145 part that has a default speed of 2.8 GHz.  The extra 900 MHz makes it very competitive with most quad core parts, not to mention smoking dual cores (at stock speed).  With further work I managed to get it to 3.8 GHz @ 1.4v, but it was not stable in benchmarks and would continually reboot.  With better cooling and a more aggressive stance on increasing the voltage 4 GHz does not seem out of the question.

Ryan was able to get a hold of an AM3 board with some Corsair DDR-3 1333 memory running at 9:9:9:24 timings.  This is a very sharp looking board from Asus, as the pictures exhibit.  Again, one should not expect a new level of performance with the new memory, but some improvements should be there.  It is a lot of extra bandwidth, and modern processors certainly appreciate that. 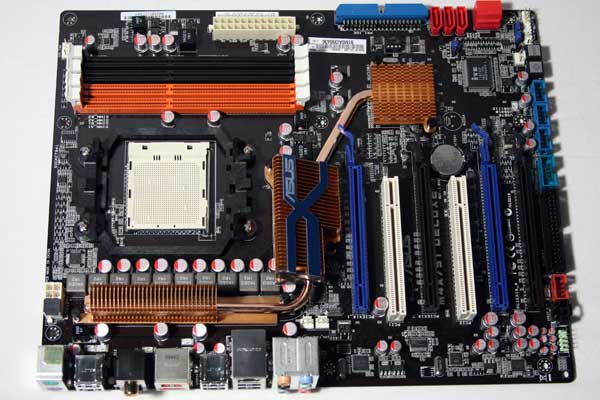 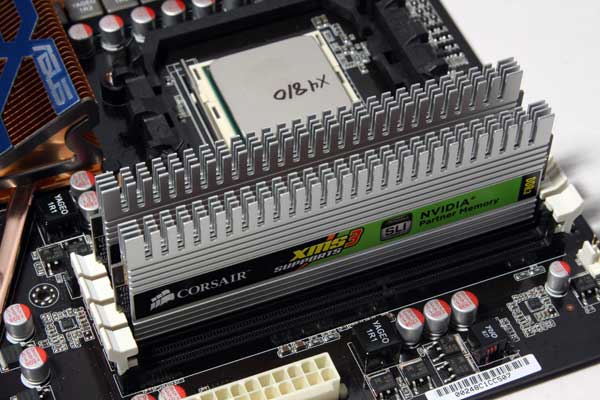 The memory is running at a brisk DDR-3 1333, with decent timings.  We see a grand total of 2 GB/sec faster memory performance with the DDR-3 memory, which is not exactly where we want to be seeing it.  With further tweaks and a more mature infrastructure I would imagine we will see scores in the 15 to 16 GB/sec range.


Overall performance from a handful of applications was right in line with what we saw on the DDR-2/AM2+ platform.  This is at least a good sign that with further tweaks, we can expect to see a performance gain.  At the very least, we are not seeing a performance decrease with the usage of the new memory.