News of the completion of the AMD split started to appear on the streets earlier this week, but it wasn’t official until tonight, with the complete unveiling of the new GLOBALFOUNDRIES corporation.

Most of the information about the split has been common knowledge since AMD first created the “Asset Smart” initiative but with today’s announcement more details are coming to light.  All of the fabrication facilities and technologies that were once part of AMD now belong to an independent company headquartered in the US with $6 billion in investments planned to expand manufacturing and technology capabilities.  The joint venture between AMD and ATIC (Advanced Technology Investment Company) gets a start with 2,800 employees worldwide.

Obviously GlobalFoundries will service the needs of AMD processor development division first and foremost, but company officials assure us that other customers are being sought after and are in discussions.  Taiwan-based TSMC has quickly become the only prominent third-party fabrication offering in the world today and GlobalFoundries hopes that a little competition will swing things its way.  The hope is that the leading-edge process technology that AMD has developed and passed on to this foundry will find its way into the hands of more than just microprocessor designers.

GlobalFoundries will continue with plans to update the Dresden facility (now to be called Fab 1) with another manufacturing facility that will target bulk 32nm process silicon; the original facility (Fab 1 Module 1) will continue to produce 45nm SOI chips for AMD.  The New York fab will be built as well:


In addition to Fab 1 the company also plans to begin construction on a new state-of-the-art 32nm and smaller features, $4.2B manufacturing facility at the Luther Forest Technology Campus in Saratoga County, NY, in 2009.  This new facility will be named Fab 2 and is expected to create approximately 1,400 new direct jobs and more than 5,000 indirect jobs in the region.  Once operational, Fab 2 will be the only independently-managed, advanced semiconductor manufacturing foundry in the United States, bucking the trend of manufacturing industries leaving the U.S.


We will be eager to see who GlobalFoundries first customer will be, other than AMD of course.  Current signs point to ARM as the likely opening candidate.  And the real question: can both of these companies not only survive on their own, but strengthen each other’s positions in their respective markets in order to compete with the likes of Intel and TSMC?

SUNNYVALE, CA – March 4, 2009 – GLOBALFOUNDRIES, a new leading-edge semiconductor manufacturing company formed by a joint venture between AMD [NYSE: AMD] and the Advanced Technology Investment Company (ATIC), today announced its official launch and outlined plans to drive profound change and expand opportunities in the semiconductor industry.  GLOBALFOUNDRIES is led by an experienced semiconductor management team, including CEO Doug Grose, formerly senior vice president of manufacturing operations at AMD, and Chairman of the Board Hector Ruiz, formerly executive chairman and chairman of the board at AMD.  The Company is the only U.S. based global semiconductor foundry company and commences operations with approximately 2,800 employees worldwide with headquarters in Silicon Valley.

“The launch of GLOBALFOUNDRIES represents a historic day for our industry, one which will permanently change the market landscape by launching the world’s first truly global foundry services provider,” said Doug Grose, Chief Executive Officer of GLOBALFOUNDRIES.  “With two committed joint venture partners providing strong technology and capital resources, our company brings a unique set of global capabilities to the market that will enable our customers to fully unlock their potential to innovate.”

GLOBALFOUNDRIES will service the manufacturing needs of AMD and will also offer an expanded roadmap of technologies to third-party customers through its high-volume, global foundry services.  This means that for the first time, early access to volume chip production using leading-edge technologies will not just be limited to only high-end microprocessor makers.

“As consumers move to increasingly smaller and more energy-efficient devices, we need to remain aggressive in our technology development and ensure we have a full range of foundries available for our partners to get those products to market,” said Simon Segars, Executive Vice President and General Manager PIPD, ARM. “Through the integration of our processor and physical IP and our industry collaboration activities, we continue to drive the adoption of next-generation consumer electronics.  We look forward to working with GLOBALFOUNDRIES as we explore implementing the ARM platform on their advanced process technology to support the growing demands of our partners around the world.”

To meet the long-term needs of the industry, GLOBALFOUNDRIES is proceeding with plans to expand its Dresden, Germany, manufacturing lines by bringing a second 300mm manufacturing facility with bulk silicon capabilities online in late 2009. The Dresden cluster will be re-named Fab 1 with Module 1 initially focused on production of high-performance 45nm Silicon-on-Insulator (SOI) technology, and Module 2 transitioning to 32nm bulk silicon capabilities.

In addition to Fab 1 the company also plans to begin construction on a new state-of-the-art 32nm and smaller features, $4.2B manufacturing facility at the Luther Forest Technology Campus in Saratoga County, NY, in 2009.  This new facility will be named Fab 2 and is expected to create approximately 1,400 new direct jobs and more than 5,000 indirect jobs in the region.  Once operational, Fab 2 will be the only independently-managed, advanced semiconductor manufacturing foundry in the United States, bucking the trend of manufacturing industries leaving the U.S.

“GLOBALFOUNDRIES introduces a new dynamic to our industry by bringing much needed choice and competition to the market for leading-edge foundry services,” said Hector Ruiz, Chairman of the Board, GLOBALFOUNDRIES.  “In Dresden, Germany, we plan to deliver on our commitment to expand our industry-leading manufacturing cluster with a second facility for bulk silicon. In New York we plan to build a state-of-the-art wafer foundry, that once complete will be the most advanced of its kind in the world, creating new jobs and solidifying the region as a cluster for semiconductor innovation.”

GLOBALFOUNDRIES is jointly owned by AMD, an industry leading provider of processing solutions and ATIC, an investment company focused on advanced technology opportunities.

“Despite the current economic climate, this is an industry with tremendous opportunities for long-term growth and innovation,” said Waleed Al Mokarrab, Chairman, ATIC. “Through its global footprint, world-class technology know-how and access to state-of-the-art research and development, we believe GLOBALFOUNDRIES is well-positioned to challenge for market leadership in this competitive industry.”

AMD will continue to play a critical role in GLOBALFOUNDRIES’ future success as its shareholder and also as its first and largest customer.

“With the launch of a new global player in leading-edge manufacturing and AMD’s transformation into a processing design leader, we are creating two synergistic companies poised to bring significant innovation and impact to the global technology industry,” said Dirk Meyer, president and CEO of AMD. “GLOBALFOUNDRIES is the only partner with the capabilities to extend AMD’s heritage of manufacturing excellence and scale capacity to benefit the whole industry.  This is a game-changing event, and we are excited about the possibilities.”

Despite the negative impact of the economic slowdown on the semiconductor industry, the long term growth of the industry remains strong .  An increasing number of chip-makers are exiting manufacturing in the face of growing cost and complexity and instead looking to independent foundry companies for a secure outside source of production.  At the same time, they are also looking for more advanced manufacturing technologies to help improve the performance, efficiency and cost of their products.

In the semiconductor industry today, the right combination of manufacturing capacity and advanced technology is in limited supply. Traditional chip foundry companies tend to lag behind in technology, unable to make the large research and development investments required to stay on the leading-edge.  Traditional foundries also tend to be located in one country or region, presenting logistical limitations for chip-makers’ increasingly global operations and limiting options in the event of supply interruptions such as those resulting from natural disasters.  GLOBALFOUNDRIES plans to fill these gaps, providing advanced manufacturing technologies through high-volume and efficient production in multiple worldwide locations.

GLOBALFOUNDRIES also brings an extensive pipeline of technology innovations as a result of its founders’ longstanding research and development collaboration with IBM, including membership in the IBM joint development alliance for both silicon-on-insulator (SOI) and bulk silicon through the 22nm generation.  The alliance consists of a group of leading semiconductor companies collaborating on next generation silicon technologies. 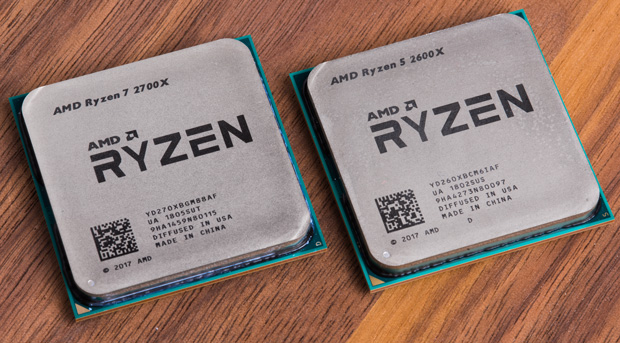