Apparently one of the features of the In Win X-Fighter Case is it’s ‘Star Wars Design‘.  Now it is obvious to most fans that an X-Fighter is not something found in the Star Wars universe, unless perhaps it is the result of a very unique and powerful collision.  It’s ‘Dancing LEDs‘ are a nice feature, but are more reminiscent of a certain indestructible Trans Am, the visor of the not quite so attractive Cylons or the bridge of a famous ship that bore ‘No bloody A, B, C, or D’.

As far as it’s usefulness, Hardware Bistro was quite impressed, the cooling performance was top notch including a vent for your GPU and the tool-less assembly was well implemented.  Extras include eSATA on the front panel and watercooling holes, creating a nice successor to the Stealth Bomber.

“You may heard of In Win Stealth Bomber as it is a fabulous PC case and today we’re going to review another great case from In Win; X-Fighter. In Win X-Fighter design is based on star war epic where it has film donning hard steel, geometric lines and brilliant lightning effect. Besides that this case also leverages the interior design of Stealth Bomber where it comes with plenty of great features.”

How your CPU effects the HD5870

Play with your own manual temperature knob 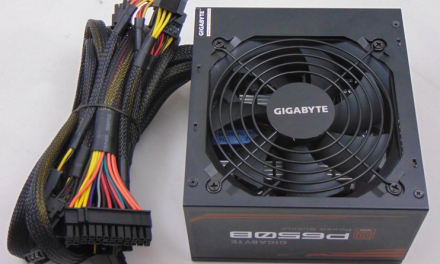