The new GeForce GTS 250 1GB is being launched today and is not hiding the fact that it is a rebranded 9800 GTX+. But with a lower price and more memory, does NVIDIA have all the fixings for a great budget solution? Or will AMD crash the party?

While most of our readers wouldn’t know it, there is a lot of discussion, politics and soap-opera behind the scenes of the tech world.  The new GeForce GTS 250 has been one of the most played out stories in graphics card history; many have accused NVIDIA of constantly rebranding existing hardware for purely marketing purposes, and while it’s difficult to argue that point, the end result of better products and lower prices is still good for the consumer.

What we are interested in is the product: does the GeForce GTS 250 1GB offer gaming performance, feature set and a lower price than previously available products?

Is the GeForce GTS 250 a rebranded GeForce 9800 GTX+?  Yes.  Is that all there is to it?  No.  The GeForce GTS 250 does indeed use the same 55nm revision of the G92 architecture (known as G92b) but with this new name comes higher clock rates and additional memory.

Huh, okay.  On second thought, I guess we are really only seeing a boost in memory capacity here as a 10 MHz core clock speed differential isn’t going to affect performance at all.

Let’s see what else might have changed with our reference sample from Palit.

While Palit might be a relatively small player in the world of retail graphics in the US, they are BY FAR the largest NVIDIA board partner in the world.  In fact, Palit likely builds most of the graphics cards that you buy from more well-known companies here. 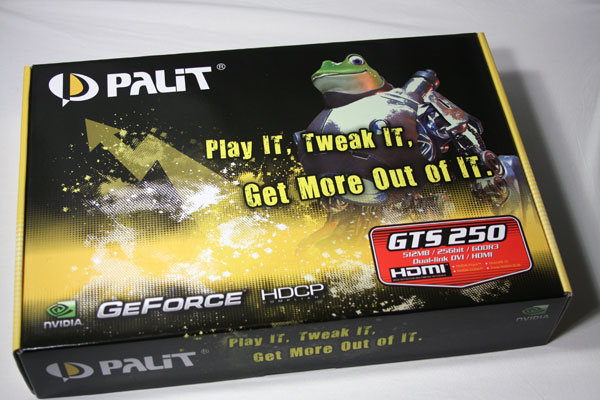 
I know we are about as big of fans of frogs as you can find in the hardware world (PCPer is the home of both the Folding Frogs and the Fragging Frogs) but I think maybe a mech-frog isn’t the best way to attract US gamers.  Oh well, a box is a box. 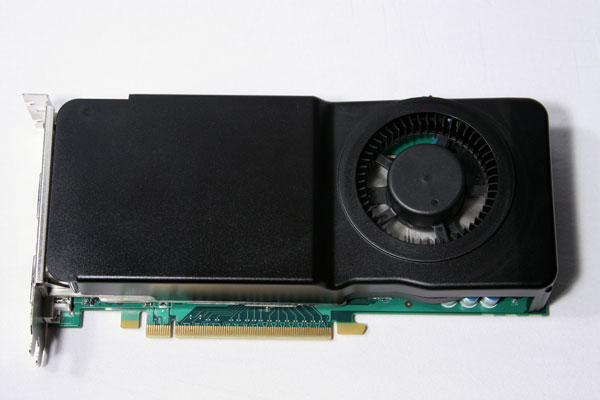 Though our sample was an unbranded reference card, pretty much all the cards you will find available come release day will look just like this, only with a sticker on it.  You will probably notice that the PCB is significantly shorter than the 9800 GTX+. 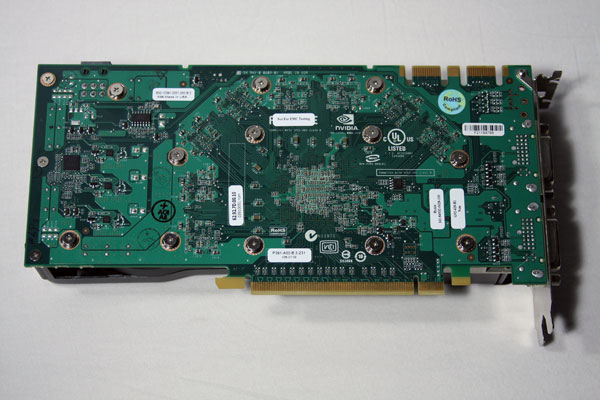 The back of the card is pretty bare even though we are getting a full 1GB of frame buffer on the card. 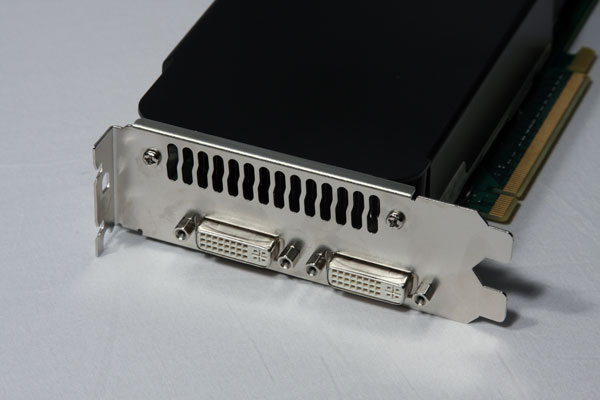 The GTS 250 is a dual-slot cooled design and sports a pair of dual-link DVI output for support two 2560×1600 resolution displays. 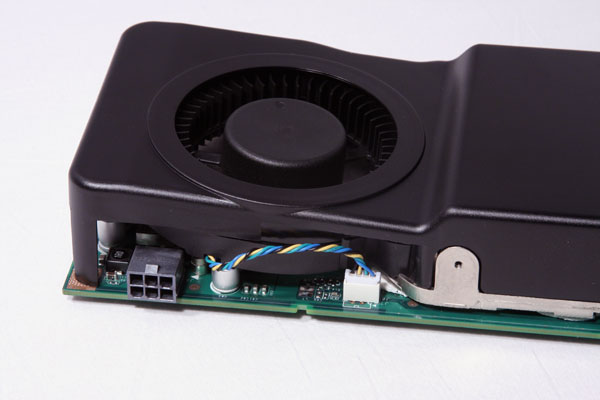 Good news about the shift to 55nm GPUs and better power management: the GeForce GTS 250 only requires a single 6-pin PCIe power connection. 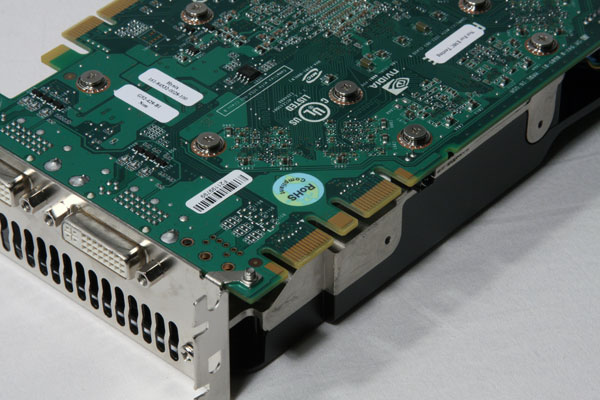 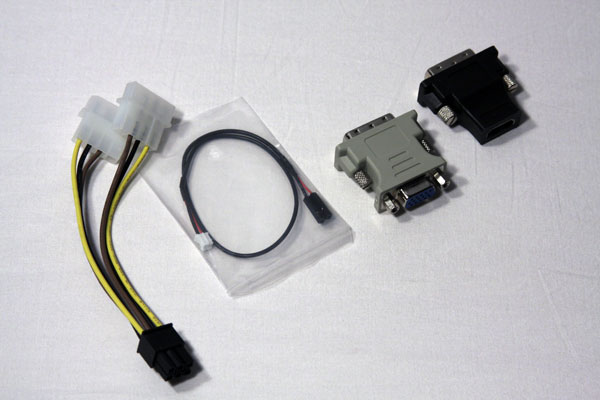 The Palit GTS 250 will come with the extras seen above: a power adaptor, digital audio pass through cable, DVI-to-VGA adaptor and even a DVI-to-HDMI adaptor. 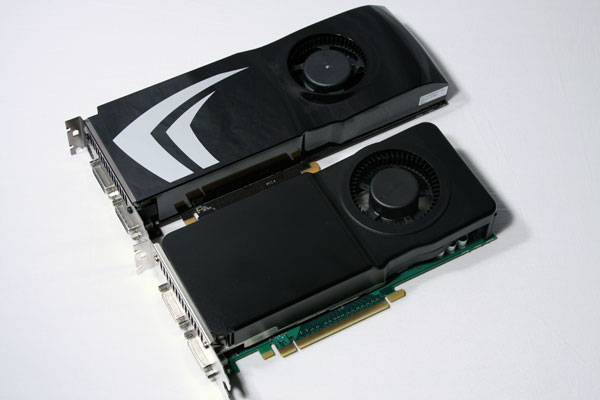 Here you can see the somewhat older GeForce 9800 GTX+ on top while the new Palit GeForce GTS 250 1GB card rests beneath.  Clearly the smaller size will mean less crowding in cases and also the new card will be less likely to interfere with motherboard designs, etc.