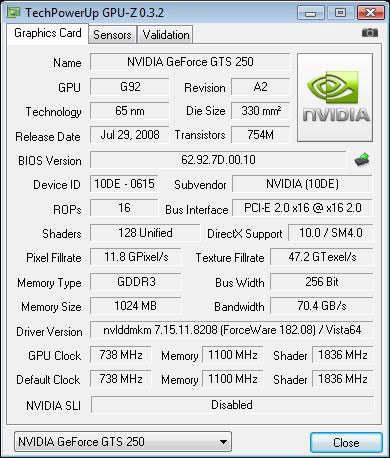 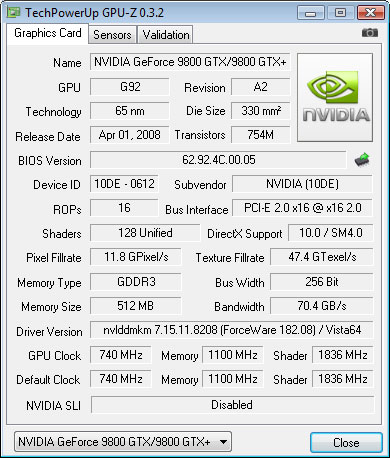 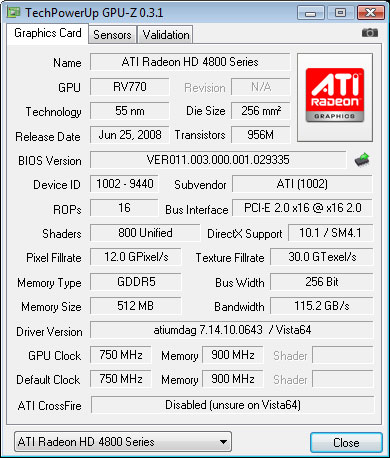 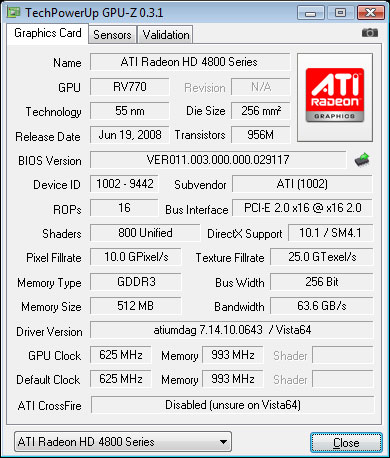 You can see in our GPUZ screenshots that the technical differences between the GeForce GTS 250 and 9800 GTX+ are indeed as minimal as we expected; in reality you are only getting an additional 512MB of frame buffer over the previous model.  The Radeon HD 4870 and HD 4850, to which we will be comparing the NVIDIA offerings, differ only in their clock speeds and pricing.

For comparison to the GeForce GTS 250 1GB we will obviously include the original GeForce 9800 GTX+ card as well as a pair of GPUs from the AMD camp.  After heading over to our pricing engine I decided that the best suitors for this $129-149 battle were the 512MB versions of the Radeon HD 4850 and HD 4870.

The exact opposite of vapourware

Everything you wanted to know about GPU’s, but …