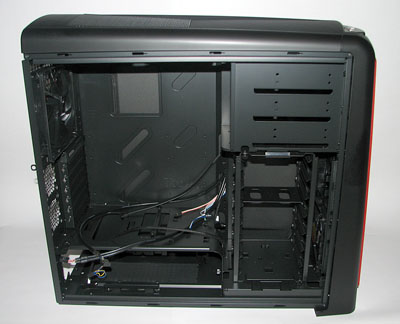 The interior of the Element S is a thing of beauty.  I have never seen a stock case have the entire chassis anodized. I also fell in love with the enormous seven-bay hard drive cage that easily detaches with quick-release clips and two thumbscrews. You’ll also notice in this picture that there is a square hole behind the motherboard for oversized backplates that might cause interference with the back motherboard panel. When we look at ease of use, I wasn’t too fond with the functionality of the optical bays, PCI slots, and hard drive cage. During the installation portion, I’ll go into more detail about the problem areas with these sections of the Element S. 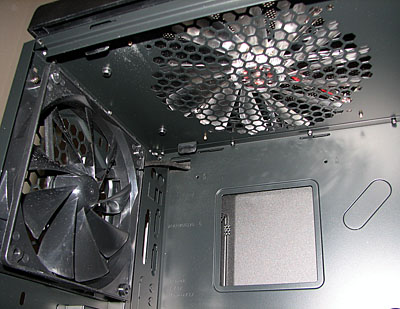 Here’s a quick shot of the top panel’s massive 230mm fan and the back panel’s 120mm fan. The back panel fan lacks LEDs, but provides a constant air flow to keep our high-end parts in the case from melting under the pressure. 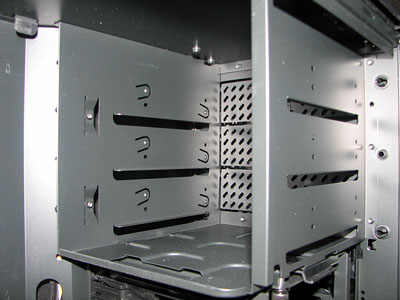 The three optical bays should easily satisfy most users who want to install a few DVD burners or maybe even a small reservoir for water cooling. As you can see, there aren’t any quick-release latches, which means you’ll need to screw down all the optical drives by hand. 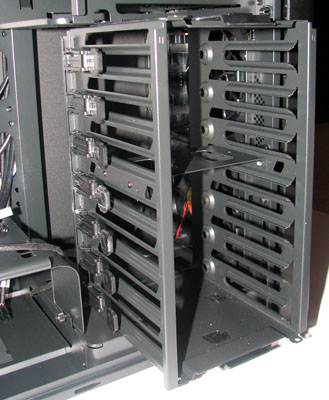 The entire seven-bay hard drive cage is completely removable and even includes quick release latches on the left side. However, the quick release concept really doesn’t work because the included screws you need to use to install the hard drives won’t allow for any “quick release” action until you unscrew the top right screw on the hard drive. I’ll go into this in more detail in the installation portion of the review. I was also disappointed to see that they didn’t include any grommets to reduce hard drive vibration. 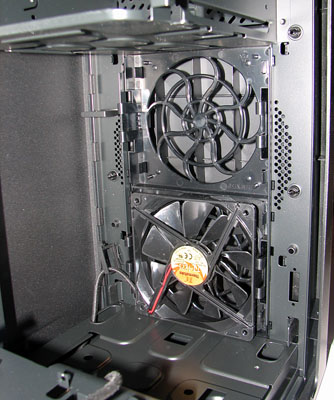 Thermaltake designed this case to have two 120mm fans pulling in cool air from the front of the Element S. I’ve always been a fan of this design feature and the options it gives to PC enthusiasts and modders. I also noticed that each fan cage is built to secure fans without screws. But, again I notice that they don’t include any grommets to help reduce vibration on the fans. 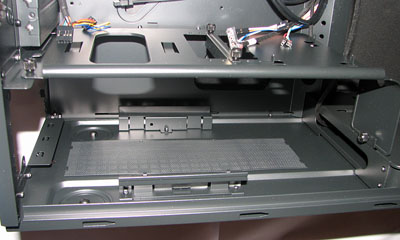 Here’s a quick shot of the PSU bracket. The top level can actually be removed by unscrewing two thumbscrews. The vent and PSU cable management features can easily be seen in this photo. There might be some installation issues with certain types of PSUs that are longer than standard PSUs. More to come on that later in the review.

Help your CPU keep cool and achieve a state of peace 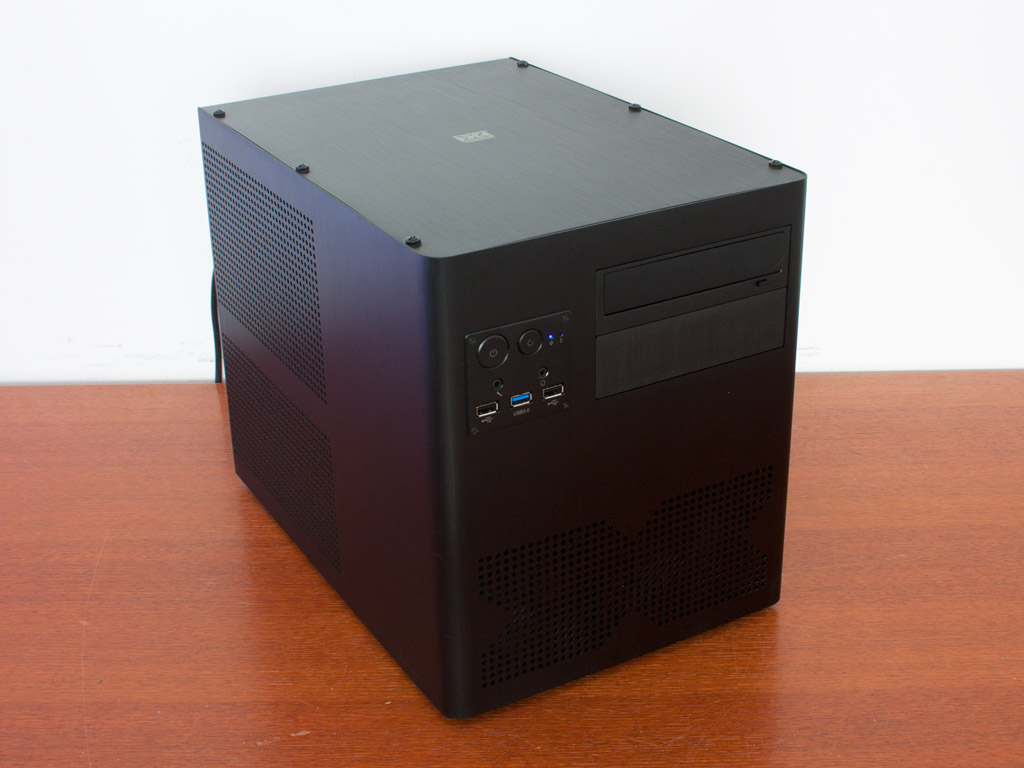 Towering above the competition