Our power consumption results are again broken up into the four sub-sections we used for our gaming benchmarks: budget, mid-range, high-end and MAX. 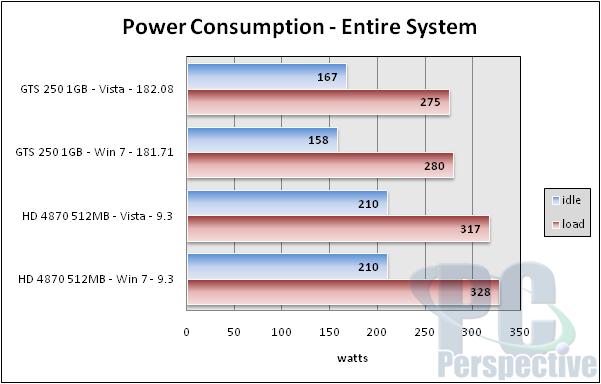 The GeForce GTS 250 is a much lower consumer of power at idle (over 50 watts) though at load that difference shrinks down to about 35 watts or so.  Obviously, because the HD 4870 512MB was the better performer in our gaming results, this added power consumption is more or less expected, all things being equal. 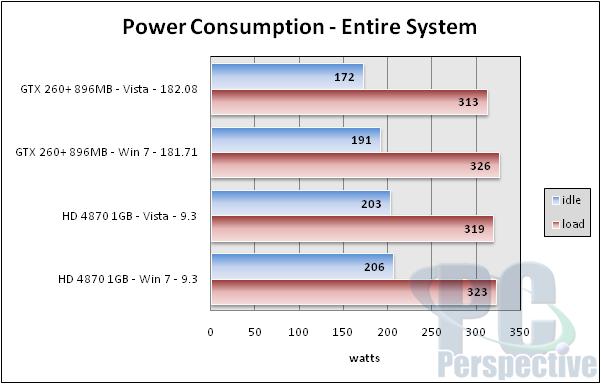 The GTX 260+ does indeed use less power at idle than the HD 4870 1GB cards though we are seeing a notable increase in idle power consumption under Windows 7.  Does this indicate some change in the way Windows 7 works?  Most likely not; instead I would wager that the driver for Windows 7 isn’t putting the GPU into a lower enough power mode to see the same drop as we are getting with the Vista drive. 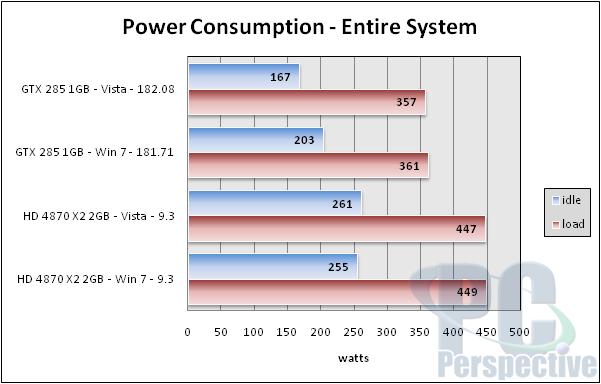 Interestingly, the power consumption difference between Vista and Windows 7 on the NVIDIA side of things is even larger here: 36 watts to be exact.  As for the AMD card, it is clearly use a LOT more power at both idle and under a full load than the GTX 285 though performance differences between the two cards are not as great as these power results would lead us to believe.  The slightly less efficient use of CrossFire multi-GPU technology, as opposed to the GTX 285 that is a single GPU, is obviously the root. 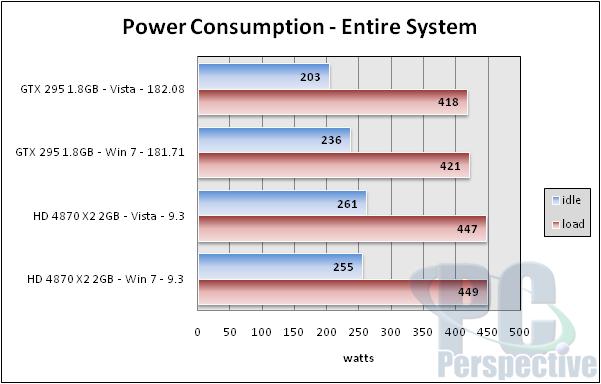 Again, we see an idle power consumption difference between the NVIDIA card on Windows Vista and Windows 7; what might be more impressive is the lower power consumption the card sees under a full load when compared to the HD 4870 X2.  Considering how much faster the GTX 295 was in a lot of our benchmarks, this is impressive efficiency and performance per watt.