The latest version of Sandra has robust support for all current processors, and is still a very good tool in gauging the optimal performance of any one chip. 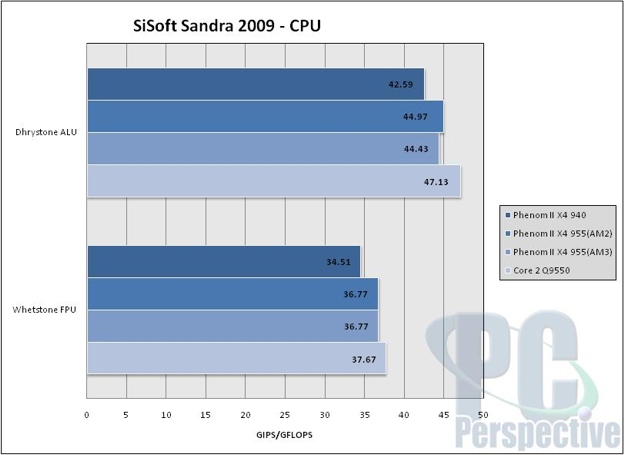 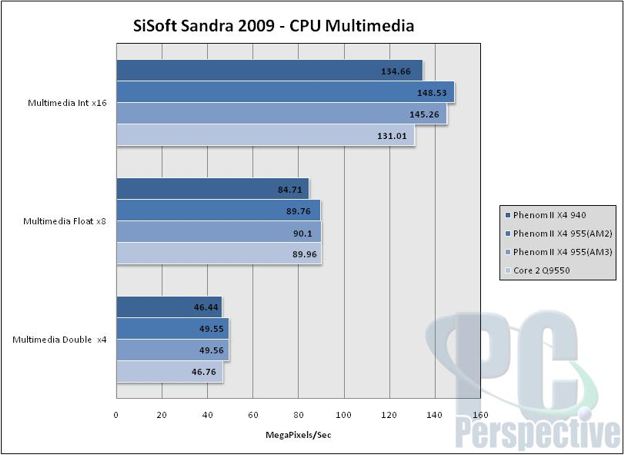 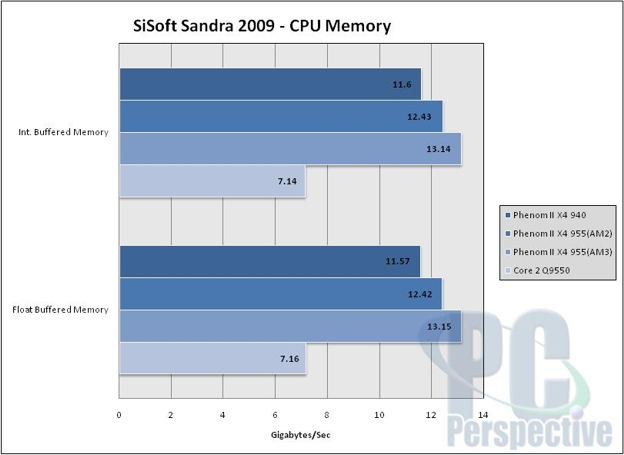 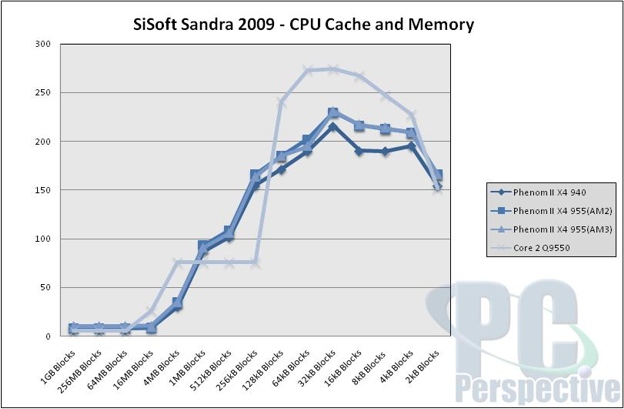 The X4 955 does compete very well with the Q9550, and it does see a boost in memory throughput due to the DDR-3 support.  It is interesting to see that the extra 200 MHz that the X4 955 has over the X4 940 in the uncore portion allows an extra 1 GB/sec of bandwidth on the AM2+ platform with identical memory and timings.  The jump to DDR-3 is not nearly as big, but a 2 GHz uncore clock is certainly not going to really push DDR-3 memory at 1333 MHz and 1600 MHz.  Another thing to consider is that the L3 cache is also clocked at uncore speeds, and overall processor performance does rely on communicating fast and effectively with that portion of the chip. 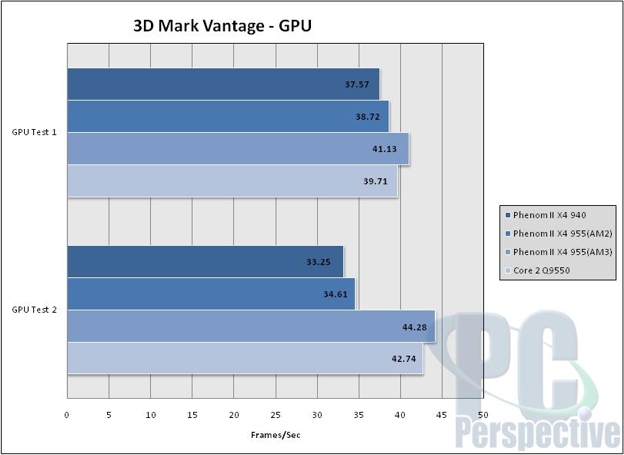 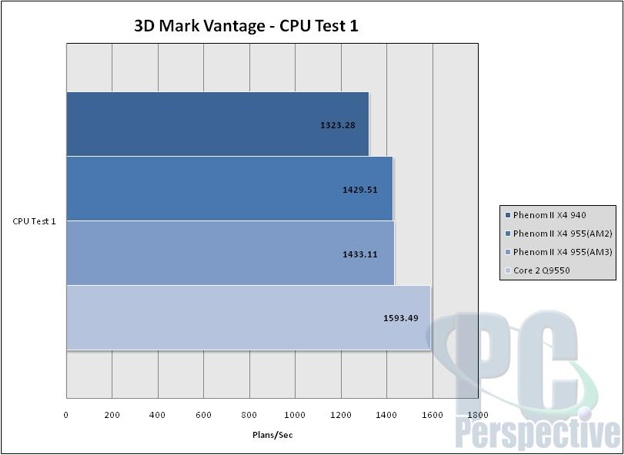 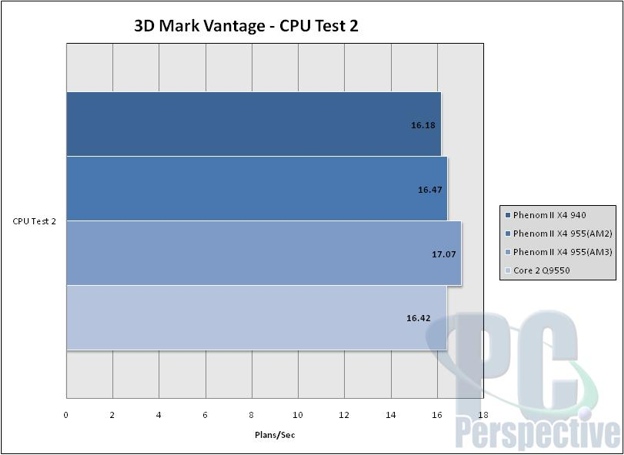 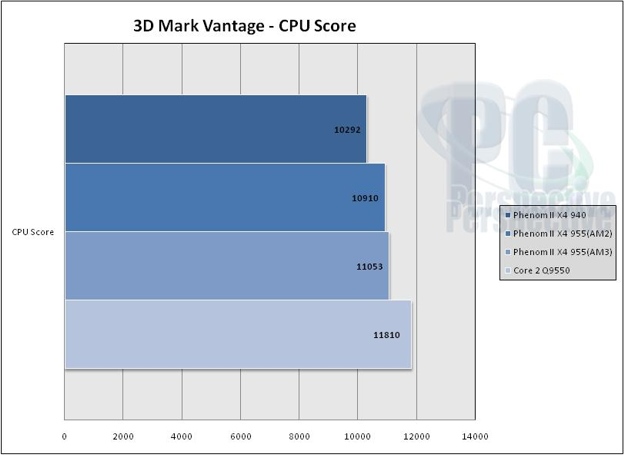 The X4 955 actually gets a nice boost from being on the AM3 board in graphics performance, but I am not sure if that is primarily going from the 2 x 8 lane 790GX chipset to the 2 x 16 lane 790FX chipset on the AM3 motherboard.  Regardless, the X4 955 takes a small lead in the graphics portion against the Q9550.  In the CPU tests we see them split the results between the two tests.

This is becoming one of the most popular number crunching benchmarks out there, and it has actual real-world characteristics in which it reflects.  Offline rendering is big business, and having a workstation or desktop that can effectively do offline rendering at fast speeds is increasingly valued in the modern world. 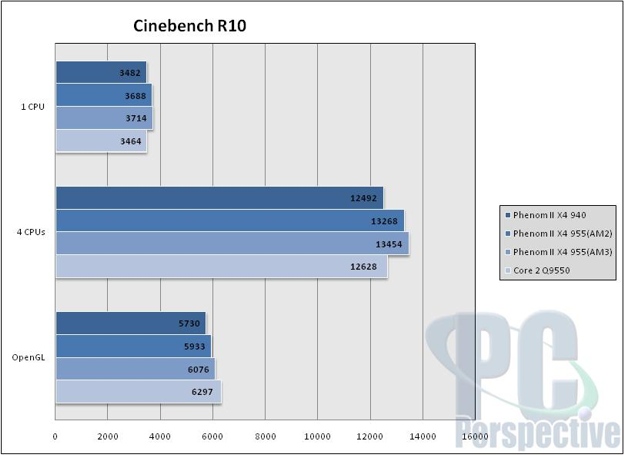 AMD takes its first big lead here with the X4 955 on the AM3 platform.  While it falls a little short on the OpenGL rendering, the pure CPU rendering is faster than that of the Q9550, its most direct competition from Intel.

This little gem, while starting to get a bit dated, is still wholly CPU bound in its rendering of a particle system. 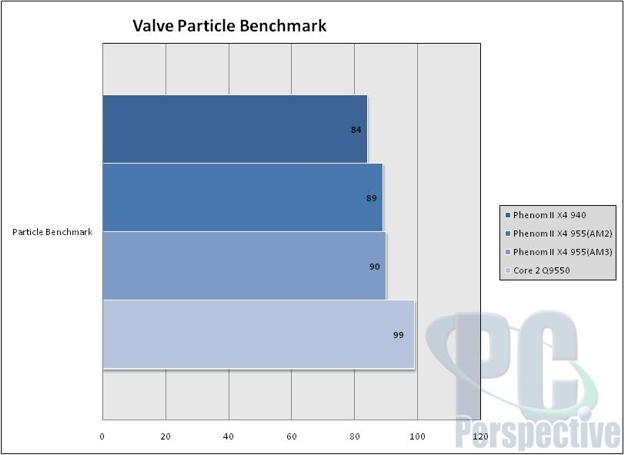 Intel is still beating out AMD on this particular benchmark, but the difference has shrunk.

This is another pure number crunching, and this particular benchmark compiles a map that was used in the Half-Life 2 series. 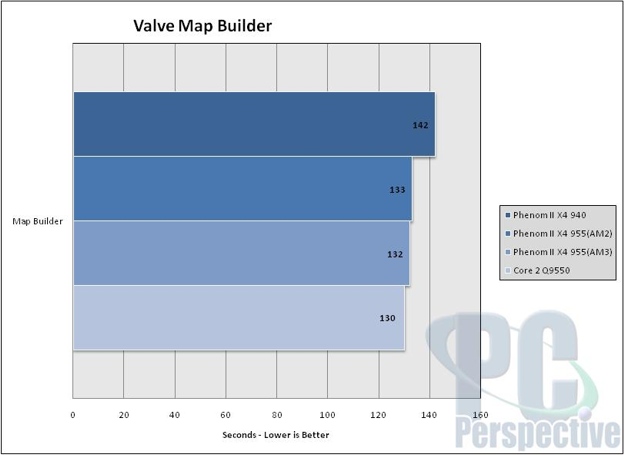