Before we jump into the benchmarks let’s take a look at the reference sample that AMD sent us for our article. 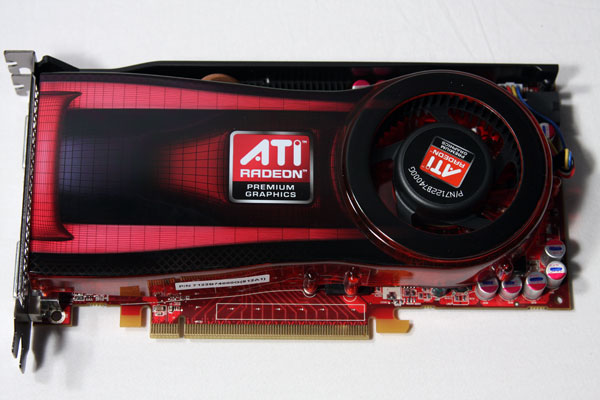 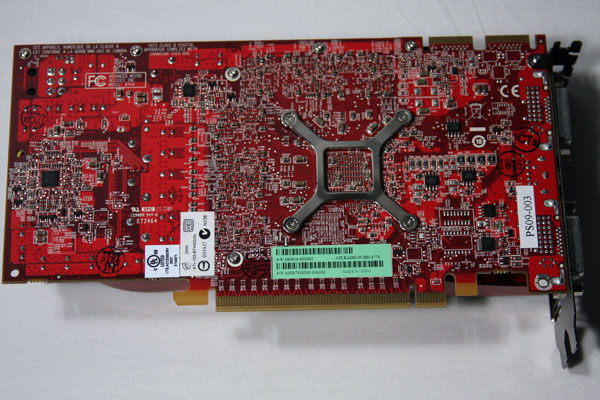 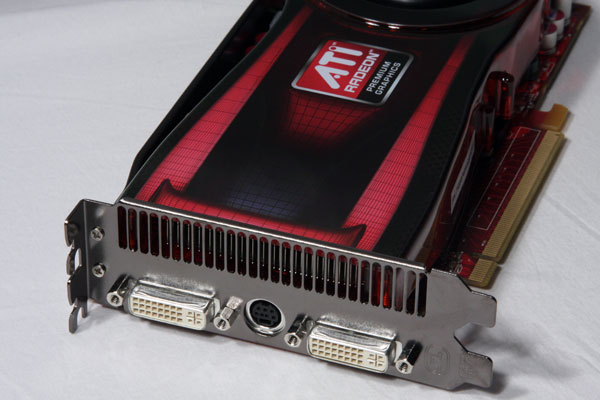 The layout of the connections is uniform: two dual-link DVI outputs (each of which supports the DVI-to-HDMI adapters) and a single HDTV / dongle connection. 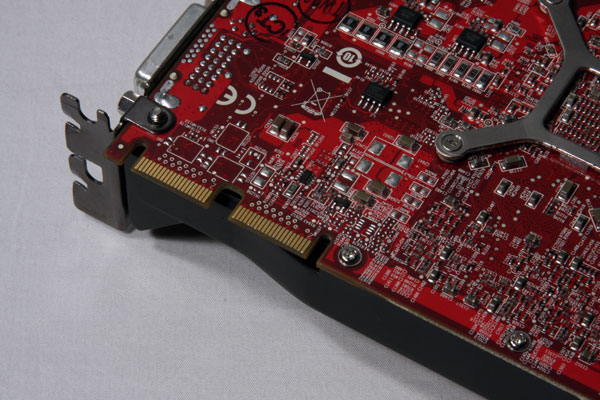 The HD 4770 continues to support not only CrossFire but CrossFire X that allows for as many as FOUR GPUs to be grouped together. 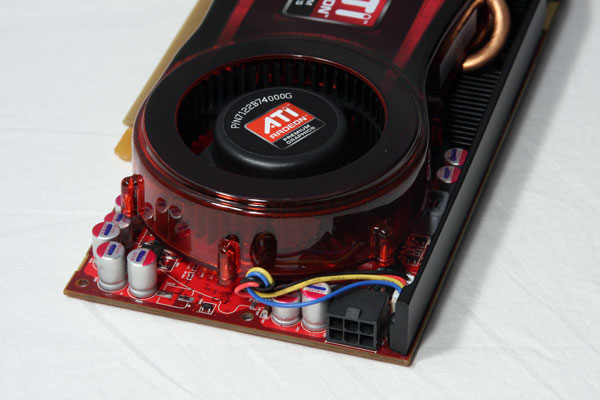 This $100 graphics card will require a 6-pin PCIe power connection – this seems to be a trend continuing from both AMD and NVIDIA as of late. 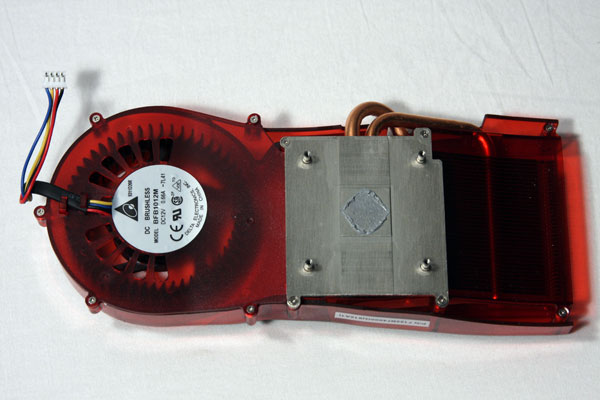 Though the cooler on the new 40nm GPU is still big the actually heatsink and fins are modest in size and in weight – the 40nm GPU obviously doesn’t need as much cooling power as the 55nm iterations seen in the HD 4800-series. 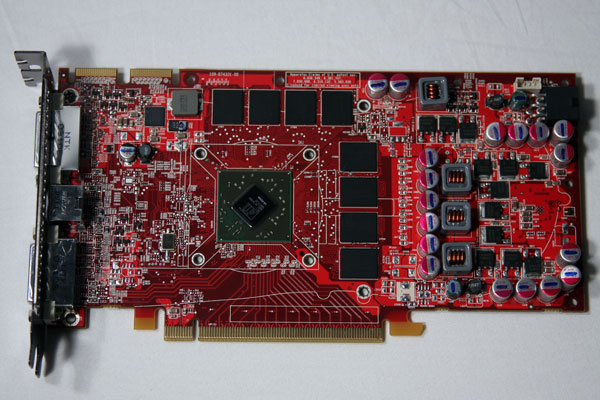 Taking the top off of the card reveals the RV740 GPU and GDDR5 memory at its heart. 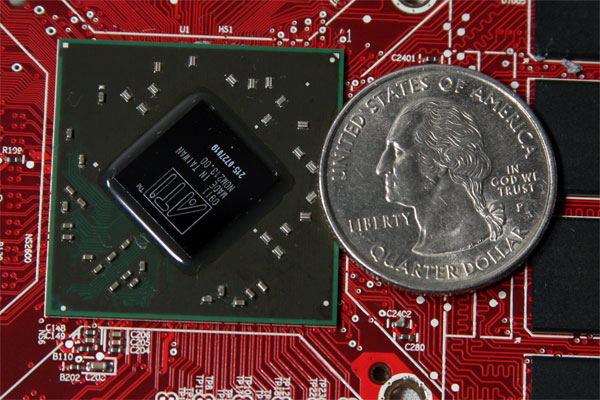 Here you can see the 40nm part next to the ubiquitous quarter; the die shrink does result in a somewhat smaller die.