Since we are running one of the newer i7-920s with unlocked QPI and memory ratios, overclocking with the MSI X58 Platinum should be a snap.  For those who don’t under some of the intricacies surrounding overclocking an i7, I recommend a previous article Ryan wrote on how to overclock i7s. For those of you who already browsed that write-up, please read on.

As with my previous article on Gigabyte’s GA-X58-UD5, I was pretty confident I could get a stable overclock around or over 4GHz just by using standard air cooling. To my surprise, overclocking with the MSI X58 Platinum was an entirely different animal that overclocking with its Gigabyte counterpart.

Getting the i7-920 was extremely easy by adjusting the BCLK to 150MHz. After that, I thought I was going to have a cake walk getting this board to handle 200MHz and up. Unfortunately, I was dead wrong as each time I bumped the base clock frequency over 150MHz, I received this dreaded error below: 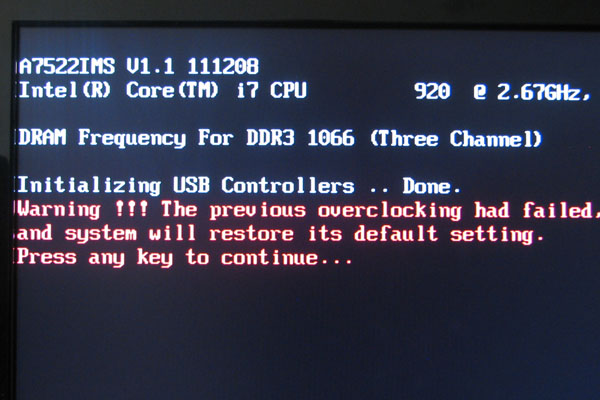 I can’t tell our readers how many times I hit this error message after trying to tweak the BCLK and CPU multiplier before I FINALLY found something that worked. There were a couple magical things that made OCing with the MSI X58 Platinum a lot easier. I manually set the DRAM timings to 7-7-7-20, dropped the CPU multiplier to 18x, and increased the CPU voltage to +0.10 and QPI voltage to +0.05.  After changes these settings, I was able to get a stable overclock at 189×18 for a 3.412 GHz overclock. We were able to increase the BCLK to 214Mhz, but we ran into issues during stability testing.

Check out the table and screenshots below for more details: 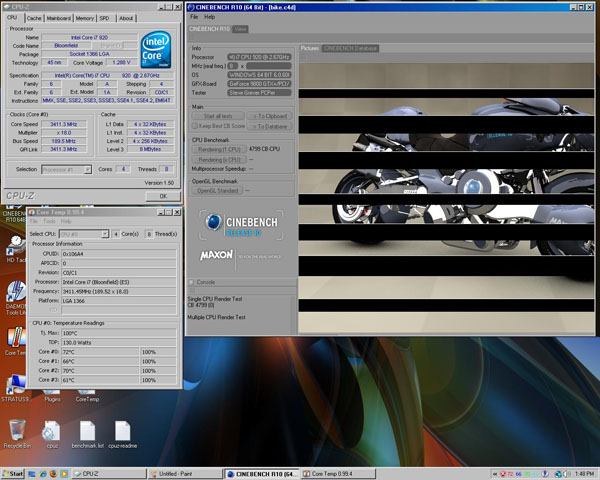 After trying numerous things to OC this board, I’m glad I didn’t give up and stick with only bumping the BCLK to 150MHz. This only raised the CPU speed to 3 GHz, which isn’t much of an overclock compared to getting a stable 3.8 GHz on the Gigabyte GA-X58-UD5 motherboard we reviewed previously. I wasn’t too happy about having to lower the CPU multiplier or performing voltage mods, and I’m sure our readers might be a little queasy at doing this on their expensive systems too. But, as a hardware reviewer, I try to push the limits a bit so our readers don’t have to. 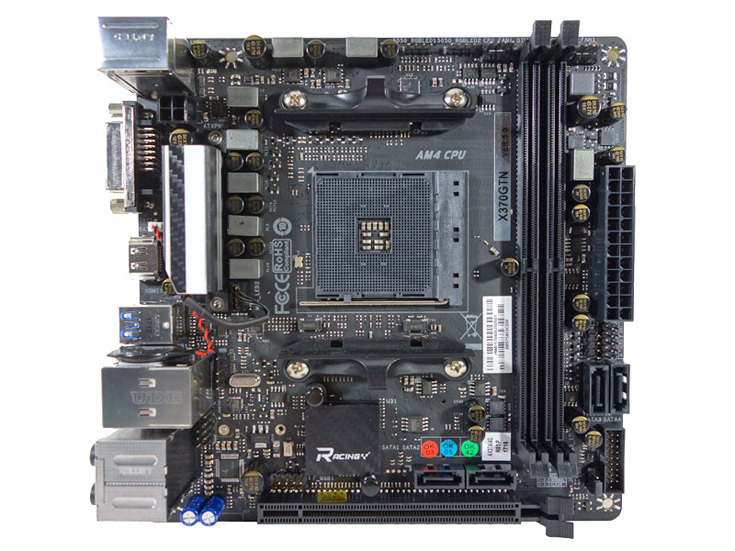