3D Realms have guaranteed themselves a place in the history books for having told a joke so long they died before they could get to the punchline.  It all started just bit over a decade ago, on April 28, 1997, and along the way we have seen many false climaxes, which brought our hopes up that this time they really truly would tell the punchline, but each time we were disappointed.  3D Realms wasn’t alone in this titanic effort, they had help from people like Take Two and GoD to give us confidence when our attention started to wane, but alas they were in on it from the beginning; they participated to watch our hopes and dreams remain unfulfilled.  Now, on May 7, 2009, the story has come to a close, but not a clean one as Apogee and Deep Silver are there to try to keep the joke alive a little longer and perhaps even deliver some closure.  Share your rage and dismay at Slashdot.

“”Duke Nukem Forever developer 3D Realms is shutting down, according to Shacknews. They cite ‘a reliable source close to the company,’ who said the developer is finished and employees have already been let go. It looks like all of the Duke Nukem Forever jokes are turning into reality; DNF might turn out to be the ultimate vaporware after all.”

3D Realms’ webmaster, Joe Siegler, confirmed the closing, saying that he didn’t know about it even a day beforehand. Apogee and Deep Silver, who are working on a different set of Duke Nukem games (referred to as the Duke Nukem Trilogy) say they are not affected by the problems at 3D Realms.”

Windows 7 is out the door today, assuming you have access to volume licensing 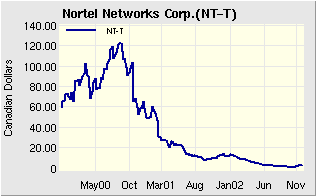 Why would Google buy a defunct Canadian phone system maker?