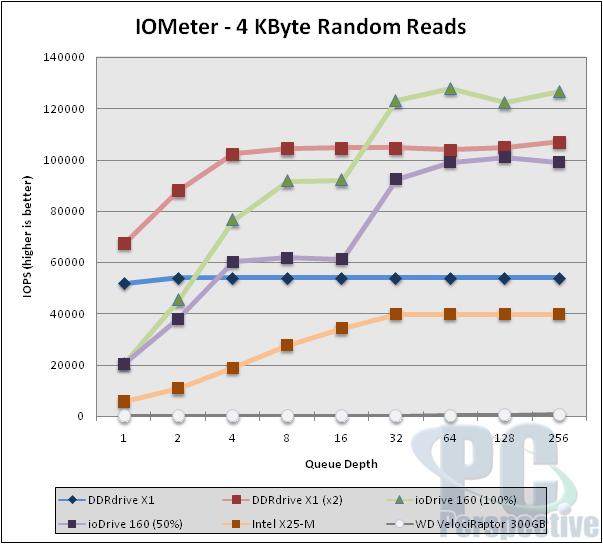 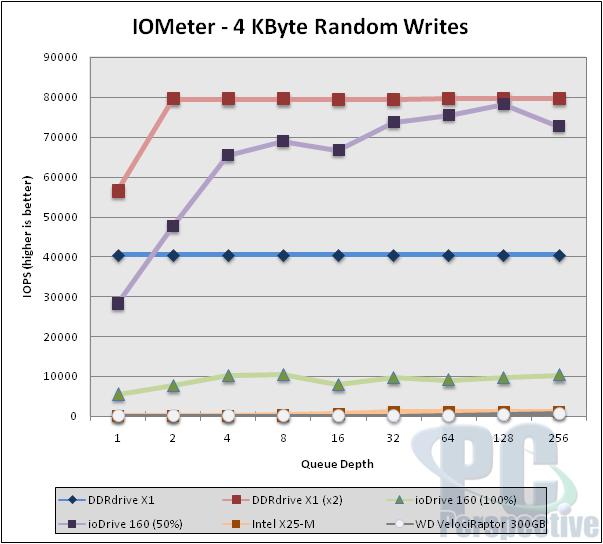 For 4k random reads and writes, the DDRdrive comes on very strong at lower queue depths, but eventually gets passed by the ioDrive.  The flat output of the DDRdrive indicates it is bandwidth limited.  The ioDrive at 100% gave us some odd random write results which are still under investigation. 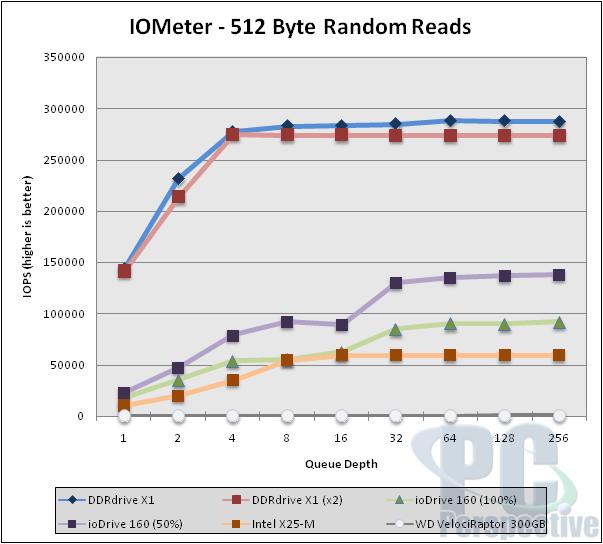 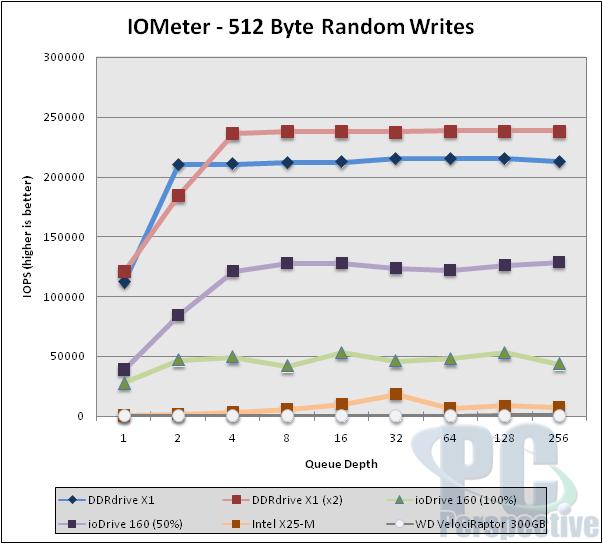 We reached over 280k IOPS with IOMeter.  Not quite 300k, but given the added overhead by IOMeter itself, it is safe to say the control panel application was being truthful.

The DDRdrive really shines in single sector random access, literally blowing everything else out of the water.  At such insanely high IOPS, the CPU quickly becomes the bottleneck.  For reads, the dual X1 setup gets slightly lower values due to the pair being installed in PCI-E 1x slots as opposed to the single unit installed in the PCI-E x16 slot.  x16 is not significant, but the lower latency link to the CPU is.  For writes, the extra bandwidth helps the dual setup achieve higher IOPS, but is still ultimately bottlenecked by the CPU.

Also of note is how amazing it is to see the X25-M pushed down into (relative) HDD territory on some of these benchmarks.  PCI-based SSD’s are showing themselves to be the next step-increase in storage performance. 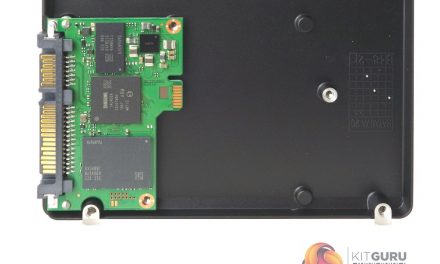 SATA Is Still Here, Samsung’s 870 EVO 1TB Up For Review