GF has already made available the data libraries to successfully design an ASIC for production on their upcoming 32 nm SOI and Bulk processes.  There is no reason whatsoever for these potential partners to not utilize every feature that GF incorporates into their process lines to enhance the efficacy of their designs.

The company did not come up with these technologies alone.  GLOBALFOUNDRIES (and AMD before them) believed in the “virtual gorilla” way of pursuing advanced technologies.  Current partners include IBM, Infineon, Samsung, NEC, Toshiba, Chartered Semi, ST Micro, and Freescale.  These companies share information and technology related to process tech, so each company does not have to carry the entire burden of introducing a new process node.  This series of partnerships has allowed AMD (and now GF) to keep up with Intel, even though their R&D budget for process tech is a fraction of the size of what Intel has. 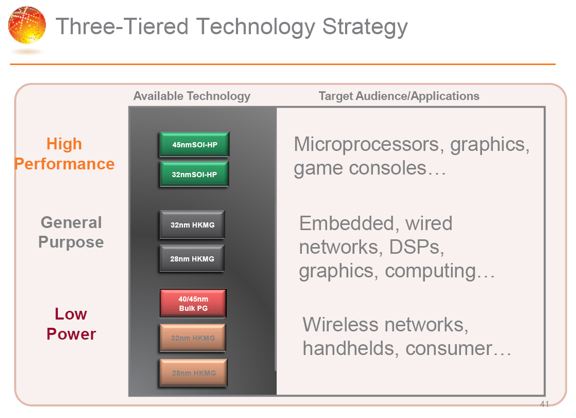 Could this hint that AMD is working on an SOI based graphics solution to be produced on the 32 nm node?  32 nm SOI is also a potential target for Microsoft and a potential shrink of the triple core PowerPC chip that drives the XBox 360.


The fun does not stop there.  GF also plans to introduce a 28 nm “half node” which features all of the same material tech from 32 nm, but in an optical shrink to 28 nm.  This will allow performance at or around the same level of 32 nm, but with a 15% savings in die size.  It also allows partner companies to quickly redesign their parts to take advantage of the improved economics of a smaller ASIC.

GLOBALFOUNDRIES still has several years left on the cross licensing agreement with IBM (their primary partner), and the two are working on 22 nm processes and beyond.  The timeline for the introduction of 22 nm is still hazy, but at the very least it is around 3 years away.  GF again expects 32 nm Bulk and SOI parts to start rolling off the line in the first half of 2010.

Constant process improvement is something that will continue at GLOBALFOUNDRIES.  While Intel has a tendency to introduce new features into a brand new node, AMD in the past would introduce new features into current and mature processes to work out the kinks of the new technology with a well understood process.  This leads to smaller individual jumps in performance, but over time it has allowed AMD to keep up with Intel in a logical and economical manner, without exposing themselves to undue risk.  GLOBALFOUNDRIES will continue down this path, and throughout the years we will see incremental improvements to their lines, which will benefit not only AMD but also other GLOBALFOUNDRIES partners.

The location of the Luther Forest campus is also not without reason.  It is a whole lot closer to East Fishkill (IBM’s primary Fab development center) than Dresden is, and it is a stone’s throw away from the University at Albany and their College of Nanoscale Science and Engineering.  This teaching/research center currently holds the most advanced immersion lithography machine in the world and the science done at this institution leads to faster and smaller transistors for the entire industry. 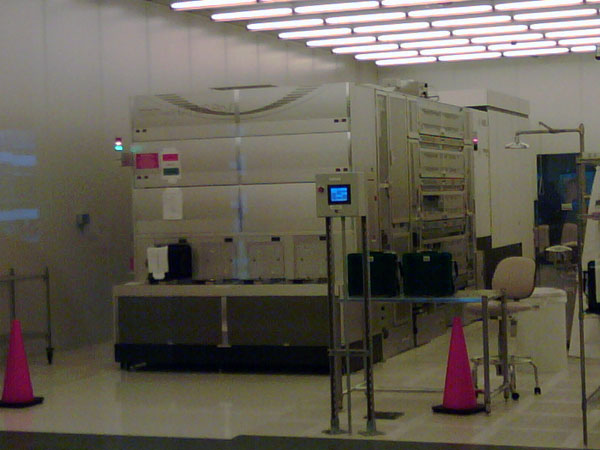 A picture of the “world’s most advanced immersion lithography machine” at the University of Albany.


The advancements do not stop there.  GLOBALFOUNDRIES is also working on future technologies such as 3D ICs, multi-gate FinFETs, and Extreme UV lithography (using UV light to etch designs on the silicon, something which is needed below 22 nm).  While these technologies are not right around the corner, they will be showing up well within the next decade, and each improvement will have a dramatic effect on keeping Moore’s Law valid and active.  Other advancements include computational lithography (complex math to improve photolithography resolution and contrast at 22 nm and beyond), airgap dielectrics (introducing air voids into the di-electric to improve the k-value), carbon nanotubes (ultra High-K material), and molecular self assembly (more science fiction than fact at the moment).

In terms of technology, it does appear as though GLOBALFOUNDRIES has a big leg up from TSMC.  If GF can prove that it has the product it thinks it does, we will see them pick up quite a few customers from around the globe.  And certainly an aggressive and motivated new competitor in the foundry industry is a good thing for chip designers and consumers alike. 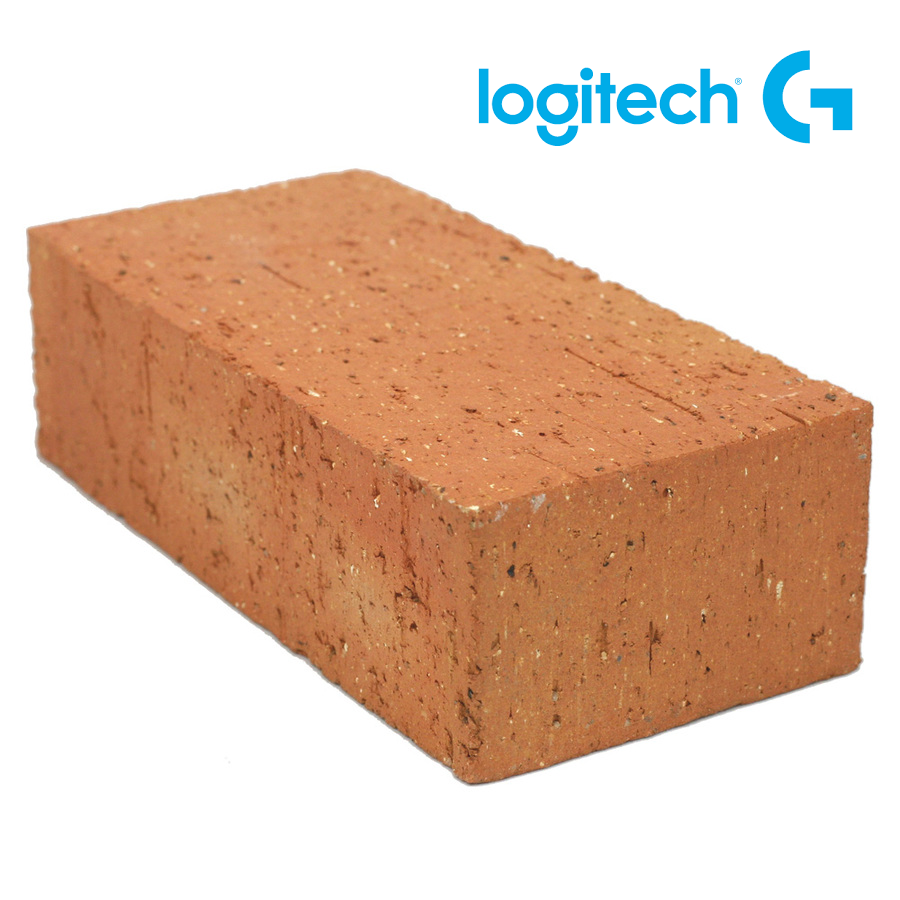