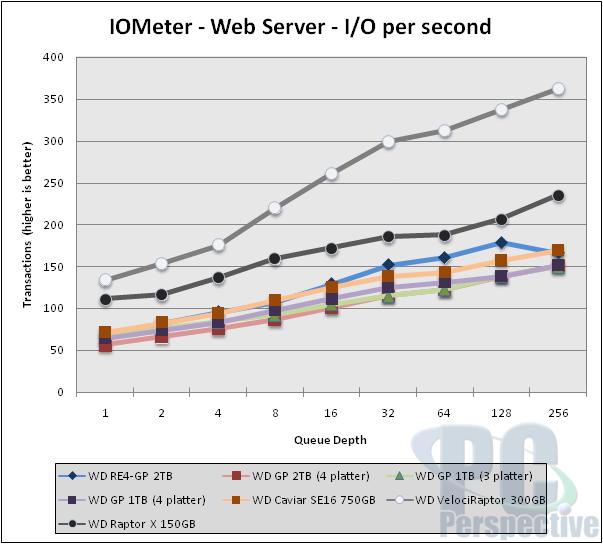 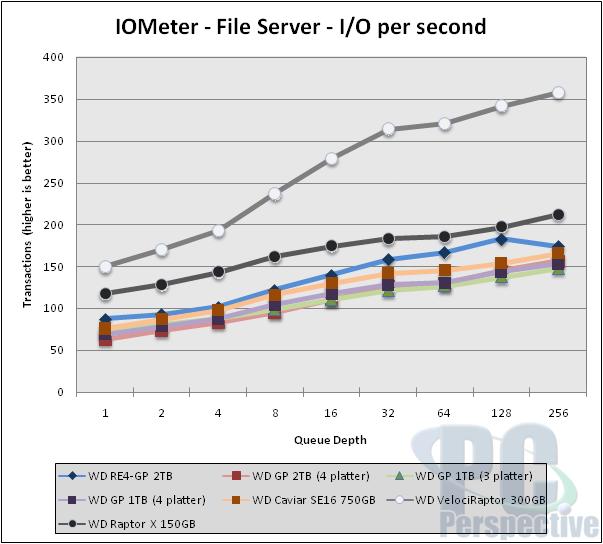 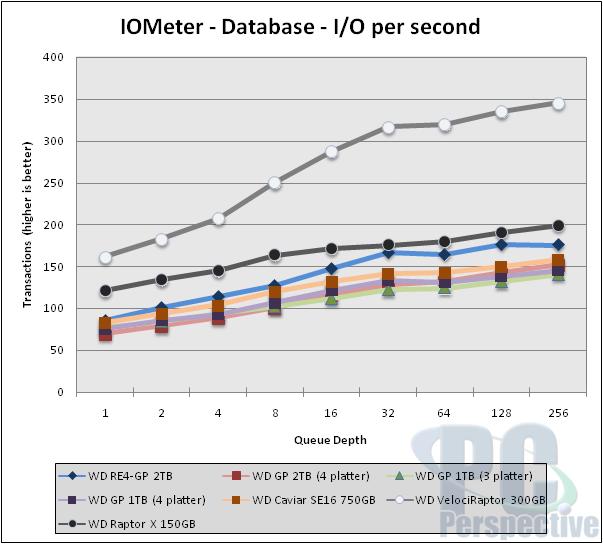 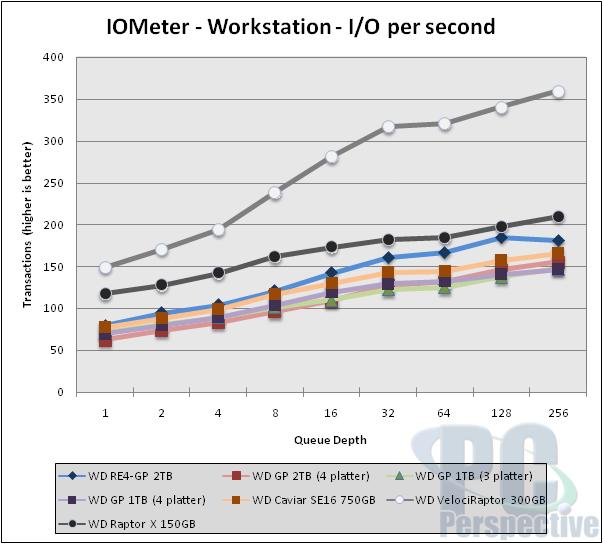 Greater cache size, dual processors, and faster seeks enable the RE4 to break away from the pack, nearly overtaking the Raptor X at higher queue depths. 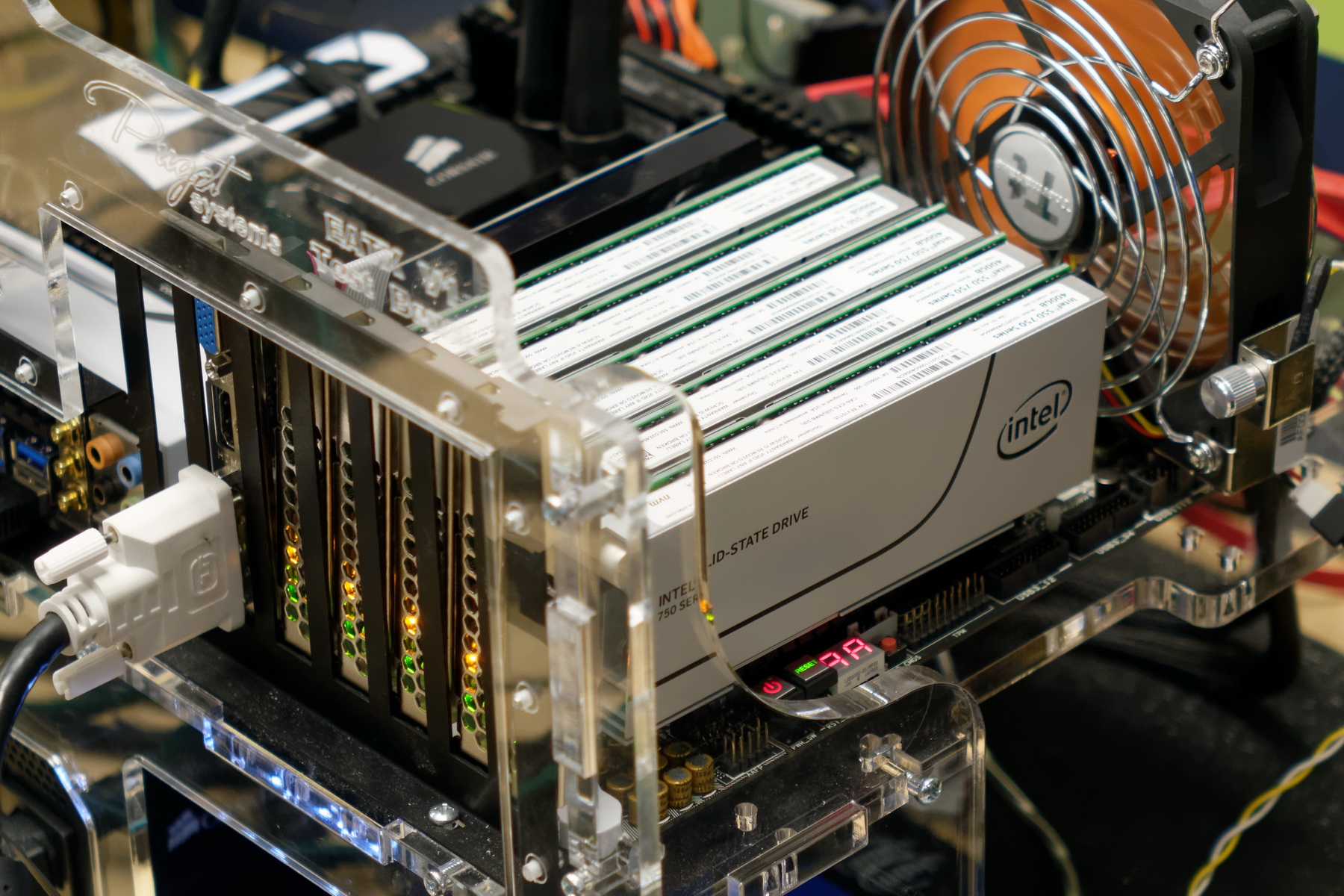