ION Platform for your DIY

The Zotac IONITX-A-U is the first of what will likely be many NVIDIA ION-based motherboards to hit the market this year. This all-in-one integrated solution includes an Atom 330 dual-core processor, GeForce 9400M graphics, 802.11n Wi-Fi, HDMI and more in a convenient little mini-ITX package. An external power brick rounds out the features that help this motherboard stand out from the rest.

ION.  NVIDIA has been touting the term non-stop for what seems like years now but what has only really been months.  Essentially a platform that marries the existing GeForce 9400M chipset with a low power processor, ION is the company’s attempt to make themselves relevant in the world of the netbook and the sub-$300 PC.

The ION graphics processor, as it is now SOMETIMES called by NVIDIA staff, was first evaluated here at PC Perspective in early February after NVIDIA had made the round promoting the product during CES.  At that time the ION product was really aimed more at the mobile market but has since been shifted to target the lively-hood of $300-500 PC.  The new Acer Aspire Revo is a great example of what NVIDIA envisions for the platform; at least for now. 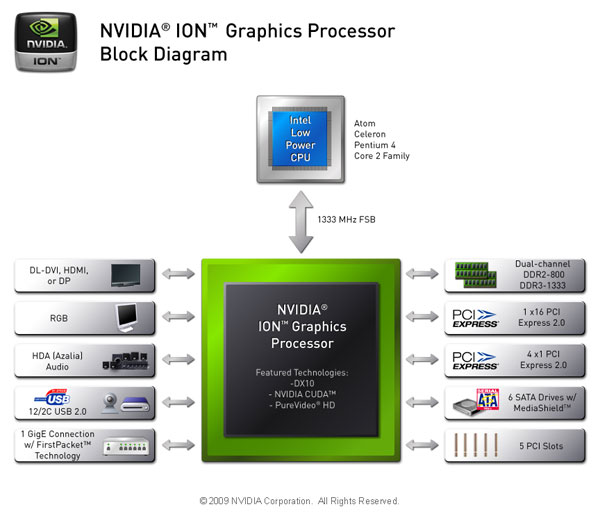 Make no bones about it – the NVIDIA ION Graphics Processor is really the same thing as the GeForce 9400M chipset that is used in Apple’s MacBook, MacBook Pro and iMac PCs.  This iteration of the product shown above indicates support for a FSB-based processor including the Core 2 family, Pentium 4, Celeron and the low-power Atom CPU.  Other than the core logic provided by the processor, the NVIDIA chip handles just about everything else including graphics, memory controller, data and peripheral connections, expansion ports, SATA and more. 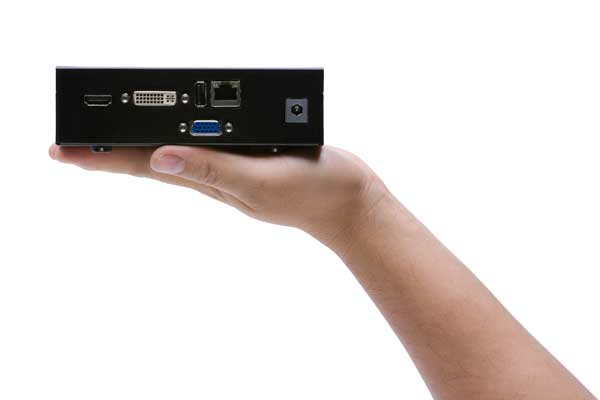 
Today’s re-release of the ION platform is less about systems (like the review reference system above) or netbooks than it is about getting these products into the hands of consumers and enthusiasts looking for a nice project-piece.  In this article we will be taking a look at the first available NVIDIA ION platform motherboard from Zotac.