Going directly after the last question, the new 45 nm process from GLOBAL FOUNDRIES has exceeded all expectations that I have had for it.  When any new process is unveiled, there are typically unrealistic expectations about what it can do.  We saw this previously with AMD and their 130 nm, 90 nm, and 65 nm processes.  Expectations were high, end results were mediocre, but with glimmerings of hope.  This 45 nm process delivered on its promises in spades.  With large, complex Phenom II designs hitting 6+ GHz on extreme cooling, and 4 GHz+ with aggressive air cooling, the 45 nm process had delivered.  Not only is transistor switching performance impressive, but the power consumption exhibited by this process is very nearly class leading.  A 3.2 GHz quad core part is rated at 125 watts TDP.  This is a 758 million transistor part with 8 MB of fast cache total (L2 + L3 cache).

The Phenom II X2 550 is the new top end entrant into the dual core market by AMD.  This Black Edition processor has unlocked multipliers which allow for very easy overclocking.  It is also rated at a fairly impressive 80 watts TDP.  The actual die itself is a full quad core Phenom II die, but two cores have been disabled.  It still utilizes the full 6 MB of L3 cache, giving the chip a total of 7 MB of L2 and L3 combined.  It is clocked at a fairly aggressive 3.1 GHz, and the MSRP of this product sits at a very reasonable $103.  Because it is a salvaged quad core, the die size is equal to that of the top end Phenom X4 955.  258 mm square is no small piece of silicon, and it is packing an impressive 758 million transistors.

The uncore portion of this chip runs at the standard 2.0 GHz (this includes the memory controller, HyperTransport links, and the L3 cache).  I asked AMD why they have kept this portion clocked as they have, and the answer really has to do with compromises.  Because cache eats up so much power as compared to other logic, it can quickly become a speed bump to increasing performance while staying within a certain thermal and power envelope.  Through a lot of investigating and work, AMD found that they could spend their power dollars more wisely by increasing the core clocks rather than increasing the cores to a certain level and attempting to get the uncore portion into the same range.  By keeping the uncore at 2 GHz, AMD still gets good performance, but allowing the cores to be clocked significantly higher for a lower overall TDP value vs. the uncore alone has paid off.  Yes, in a perfect world the uncore portions would be clocked as high as the cores, but in this case AMD has had to compromise by giving a slightly lower performing part with greatly improved power and heat characteristics. 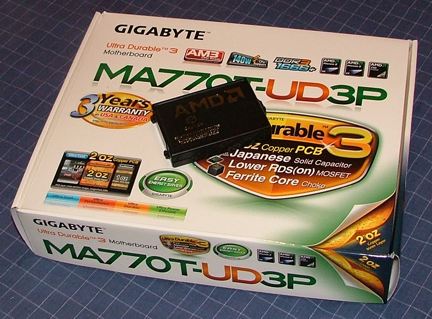 Two packages with three products.  Not a bad deal for anyone.


Since this is a “recovered” quad core die, the other two inactive cores are still present in the design.  These CPUs could have two cores that were in fact totally defective, and won’t work at all.  Then again, those disabled cores could simply work perfectly fine.  AMD bins parts in a fairly granular way from what I understand.  While it is simple to say when AMD finds a die with a defective core or two, it will utilize these products in X3 and X2 SKUs.  But what some people do not know is that is not the only reason why AMD downgrades some of these die.  It could very well be that several of the cores can run at a full 3.2 GHz, but that one or two of the cores will do that while sucking down a lot of power and having a less than satisfactory TDP rating in doing so.  Theoretically speaking, the dual core Phenom II could be a fully functioning part, but it just couldn’t make the power cut for its speed.  With a bit of a wink and a nod, AMD has provided the tools (undocumented of course) for unlocking these extra cores.  AMD’s motherboard partners have also provided the tools needed in the motherboard BIOS to unlock these unused cores.  I know for a fact right now that there is a F5x BIOS out in the wild for the Gigabyte GA-MA790FXT-UD5P which allows for easy unlocking of these extra cores.  Also, the latest AMD OverDrive, when combined with a motherboard with support for ACC, can also unlock those extra cores.

Mileage will of course vary, and AMD does not guarantee that these Phenom II X2 550 cores will work with all 4 cores enabled.  In fact, I would guess that 50% of all these chips will be unstable or unworkable with the extra cores unlocked.  But just as the old days of the original Radeon 9700 and the Radeon 9500, the risk will land directly on the shoulders of the consumer.

The GPUs are great; now lets see a CPU resurgence