And Now for Something Completely Different

While the Phenom II X2 550 will be the darling of the budget enthusiasts, the other CPU that AMD is releasing today could be slightly more interesting.  The Athlon II X2 250 is a brand new design which is a native dual core product.  While the previous Kuma dual core products were scavenged quads, AMD simply could not afford to continue using the same large 65 nm dies for a high end dual core product.  The last true dual core design for desktop processors was the previously mentioned Brisbane.  While AMD has come out with mobile dual core offerings based on unique designs, these have not made it to the desktop for a variety of reasons. 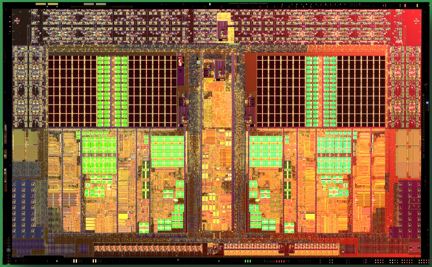 Didn’t believe me when I said the Athlon II was a new design?  Well… that whole 1 MB of L2 cache per core sorta gave it away without any photographic evidence.

The design is still based off of the processor cores that are currently found in the Phenom II series of parts, but it has several major differences.  First off it has a full 1 MB of L2 cache per core, for a total of 2 MB of L2 cache for the processor.  It does not feature any L3 cache, which explains why AMD made the L2 cache larger for each core.  It also integrates the C1E command into the processor micro-code so that it is more consistent in its usage and power saving performance (as compared to when the command was found only in the motherboard BIOS, where it was not always correctly implemented).  Finally AMD decided to include the virtualization hardware in the Athlon II, which is an interesting, if not aggressive, step for AMD and their support of Windows 7.  None of the E5x00 processors from Intel, which are close to the Athlon II in price, support hardware virtualization.  Which means that Windows XP mode in Windows 7 is a big no-go for Intel at this level.

The chip is comprised of around 230 million transistors which take up a grand total of 117.5 mm square of die space.  The chip is rated for 65 watts TDP at 3 GHz.  It still features the same 128 bit memory controller, which can be divided into two separate 64 bit controllers for synchronous read/writes to memory.  It is uses HT 3.0 for communication with the host chipset.  All of the good things of the Phenom II processor in a much smaller, and affordable package.

While AMD has not announced any other product based on this new design, we can assume that a low power version will be making it into the laptop market, as the Turion product line needs a significant update.  This is still a brand new design for AMD, and they are working with Global Foundries to improve the binning and efficiency of this product.  With an introductory clockspeed of 3 GHz, we can well imagine that AMD will release faster and faster models throughout the year.  Also consider that there is no L3 cache, we may see the integrated memory controller receive a speed boost with future models, as it will likely have a smaller overall impact in power consumption than if there was a large L3 cache sitting with it. 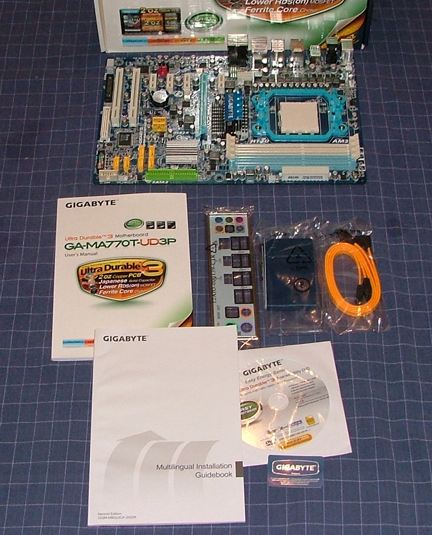 Users really can’t expect much from a $85 motherboard bundle, just the basics to get them started.


Unfortunately, this processor is not unlocked, so it has to be overclocked the old fashioned way.  Raising the HT speed is required for this, and it also raises the speed of the IMC and the DDR-3 memory with it.  Overclocking is a bit more tricky, but the results are respectable.

Both chips are compatible with AM3 and AM2+ sockets, which also means that the chips support both DDR-3 and DDR-2 memory technologies.  Officially DDR-3 support is pegged at 1333 speeds, but the controller can natively handle 1600.  DDR-2 support is limited up to 1066 speeds.