I tested with the latest available version of Sandra.  I tested base performance with these synthetic benchmarks to get a good idea of where performance is going to come in. 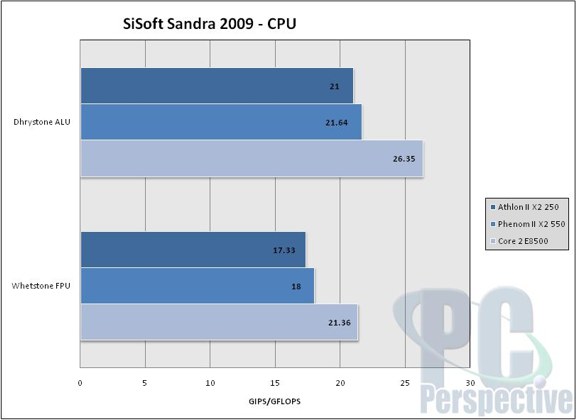 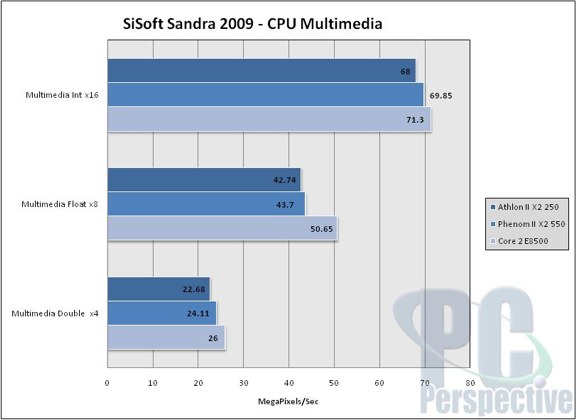 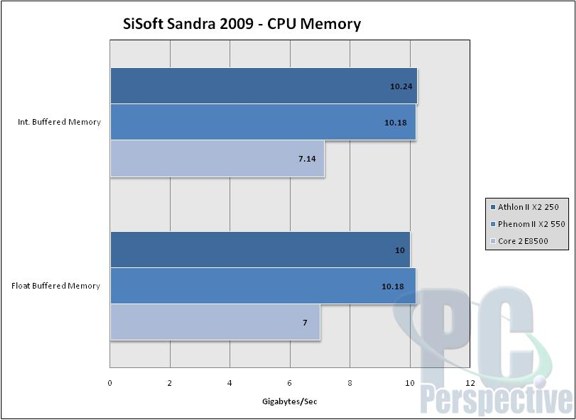 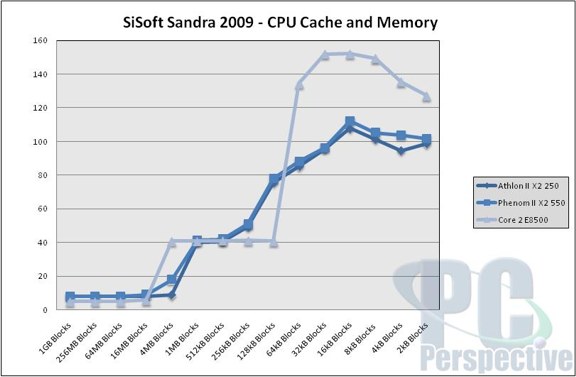 The Core 2 E8500 is faster in everything except memory performance.  This is not a surprise, as AMD has carefully positioned the price of their latest dual cores so that they have a price/performance advantage over the Intel part.  A 100% price increase for 15% to 20% extra performance is pretty steep.  Still, we can step back and admire what Intel has done with the Core 2 architecture, and how efficient and powerful it still is against competitively clocked AMD parts.

I used the performance preset for this test.  3D Mark does a pretty fair job of differentiating between CPU and GPU performance, so of course pay special mind to the CPU results. 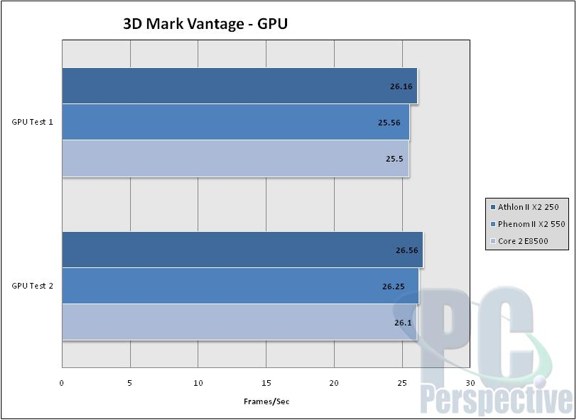 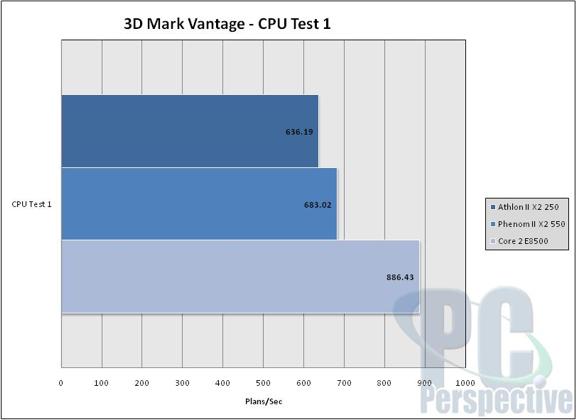 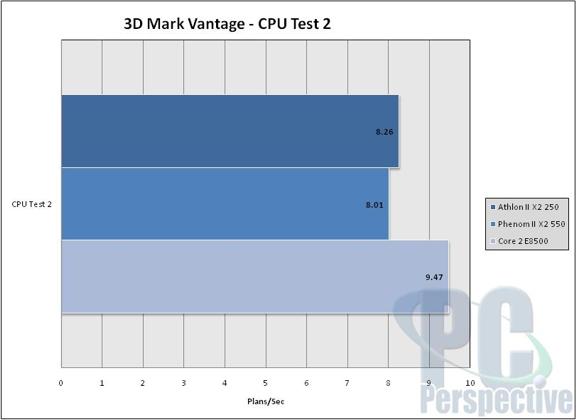 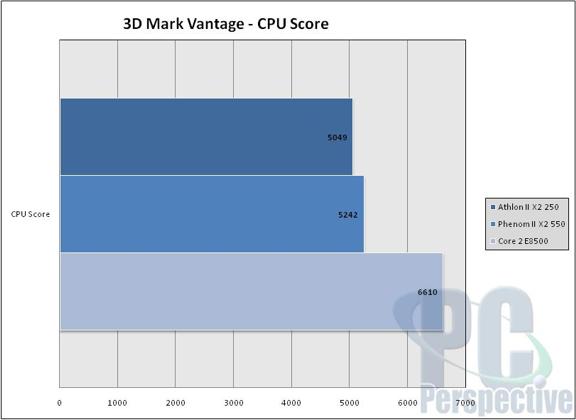 The GPU results were nearly identical, which is not surprising considering they used the same video card.  The CPU results were of course a lot more interesting.  The Intel part took a very serious lead in CPU test 1, and kept that advantage in performance in test 2.  It is also interesting to see the differences between the two AMD parts, as it seems Test 1 likes the extra L3 cache in the Phenom II, while Test 2 likes the larger L2 caches of the Athlon II.

This easy to use, but quite powerful and illuminating benchmark is a staple of all modern CPU reviews.  It is able to do high quality rendering using the CPU, as well as test OpenGL performance.  It is multi-threaded, so it can utilize as many cores are present.  The rendering test features a realistically lit futuristic motorcycle.  It takes several minutes for most dual core processors to finish this test. 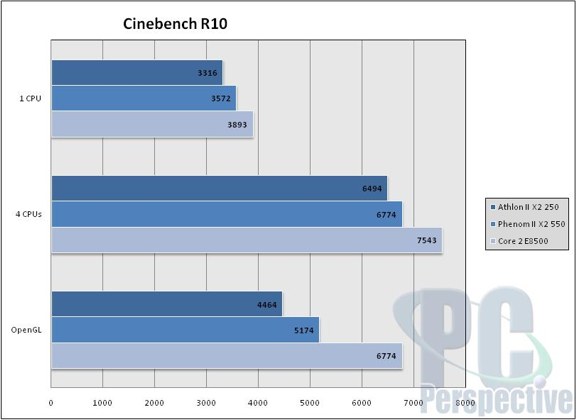 The Intel part is again faster, but neither of the AMD parts are all that far behind.  The Phenom II with its 6 MB of L3 and 100 MHz advantage pulls ahead of the Athlon II.  The OpenGL results seem to always favor Intel based CPUs, even though they are completed with the Radeon HD 4870.

It’s quintuplets for AMD; cheap ones!