This popular compression software is also multi-threaded, so it makes for a nice benchmark in real world testing.  I took a 1.5 GB uncompressed folder and compressed it to 250 MB and recorded the time it took. 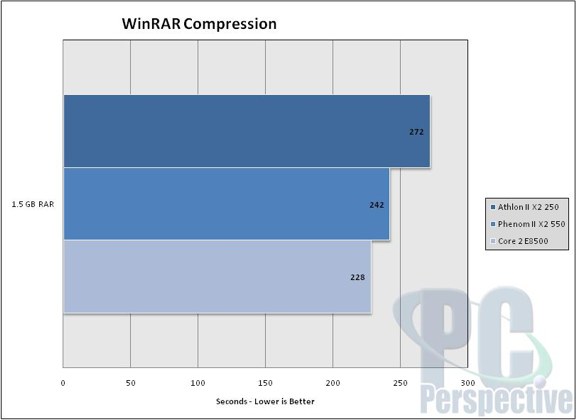 WinRAR certainly appears like it loves a lot of cache on these chips.  The Core 2 again comes on top, but the Phenom II X2 is nipping at its heels.

This nifty benchmark is based off of a real world simulation computing airflow over an airfoil.  I tested for 20 steps with both one and two threads. 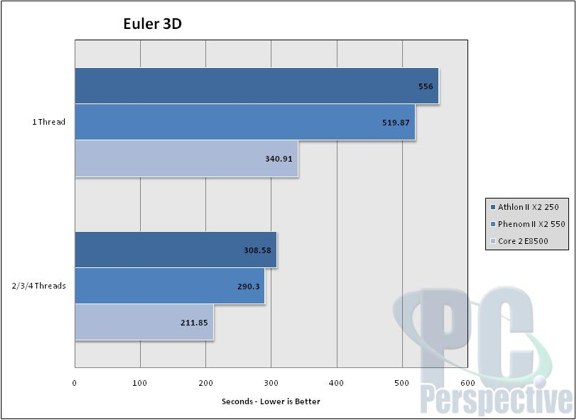 This is a program that really likes the Core 2 and i7 designs from Intel.  The Phenoms, which are not whimps when looking at pure floating point performance, are left far behind.  Still, we again see the extra L3 cache trumps performance going from the Athlon II to the Phenom II. 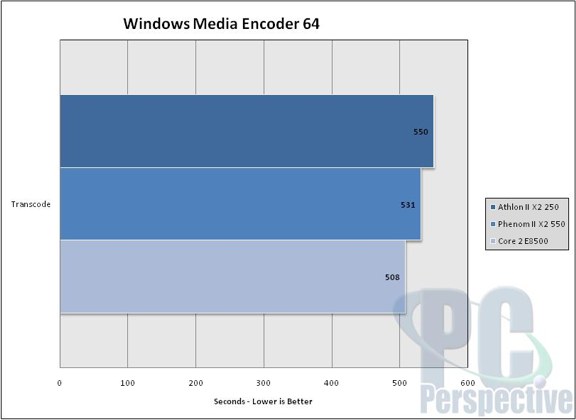 All three perform well, with the Intel E8500 again coming out on top.  The difference is not night and day in performance, but again consider that the E8500 is $86 more expensive than the Phenom II X2 550.  Nearly double the price for a 5% increase in performance in video encoding.

This is a well threaded game, and it essentially screams for multi-core solutions to perform well.  The realtime demo, though based on the same moves, is individually controlled by the AI.  So the battle outcomes are slightly different, as they are being computed in real time rather than just being a pre-recorded demo. 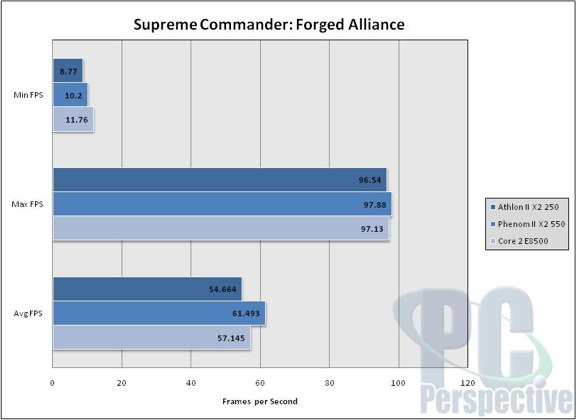