ASUS usually has one of the larger display areas at Computex and this year was no exception. On hand they were displaying new Eee PC designs, motherboards coming later this year and some of the most innovative new graphics cards we have seen in a long time. Stop by and see what ASUS is cooking up for the rest of 2009 and 2010!

As is usually the case with ASUS at Computex, they had a LOT on display.  Simply put, ASUS has gone from a motherboard-centric company to one of the world’s premiere consumer electronics companies thanks in large part to their ability to ride the wave of the Eee PC well into 2009.  While most of the vendors we visited at Computex this year only had enough NEW stuff to warrant a news post or two, ASUS gets a four page article.  Really, there is that much stuff.  Have a look.

As you might have imagined, there were quite a few new notebooks/netbooks that fall under the “Eee” brand on display including some we already saw in our January CES coverage. 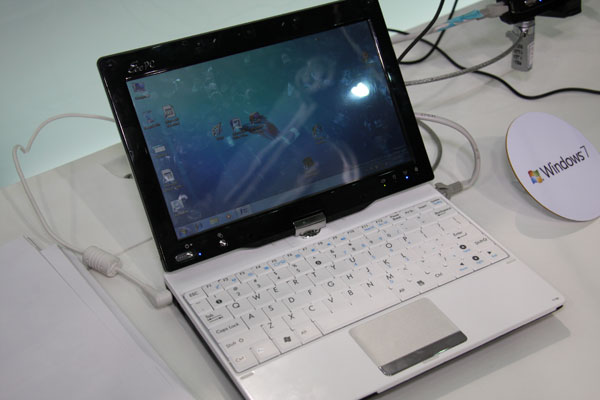 This is the ASUS Eee PC T91, a swivel screen tablet PC that will apparently only be targeted at non-US markets; we’ll have to wait for a 10-in screen version coming later in the year. 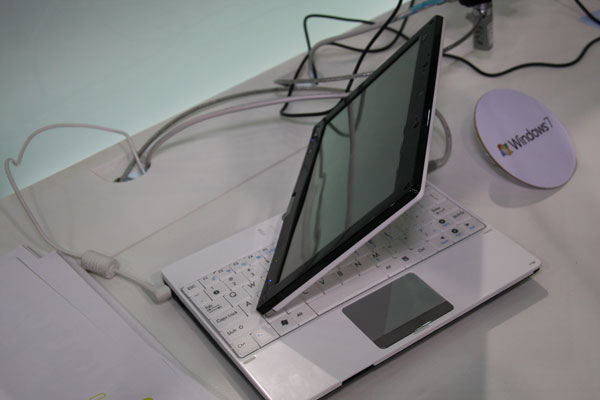 Oh yeah, it swings that way. 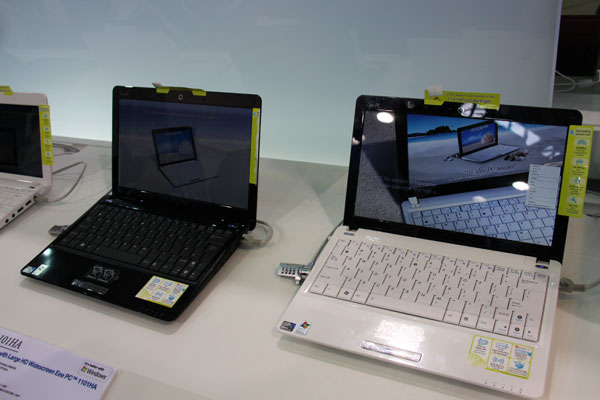 While at first these Eee PCs might not look like anything new, the 1101HA models are actually built on the Intel Menlow platform that includes the new Intel US15W SCH chipset that has H.264 decode acceleration integrated, as we first tested in our preview of the new fit-PC2.  If the power consumption on this platform is very good, it would likely put a damper on NVIDIA ION integration as the H.264 video acceleration is really the key differentiating point it offers for netbooks. 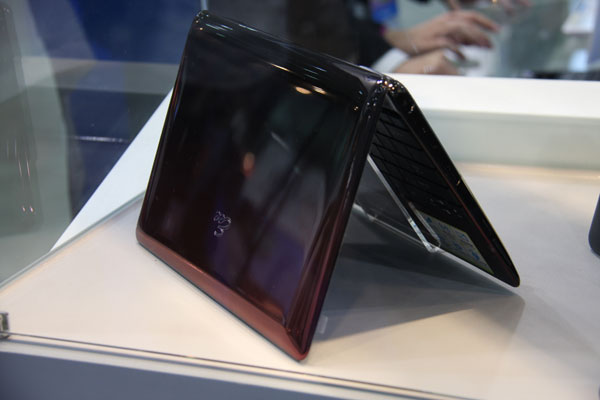 For those with a flair for the dramatic, this sheen-like paint scheme is apparently already available online.  If you mod your car with LEDs under the doors, I think you just found your next target. 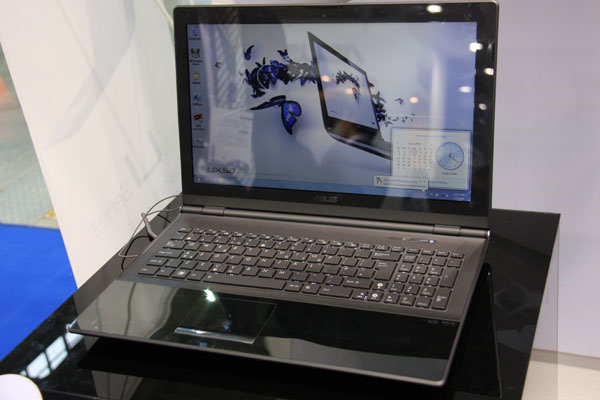 The all-new ASUS U-series of notebooks are incredibly attractive and are available in a wide array of sizes and performance.  The slim design and keyboard style remind me of the MacBooks quite a bit – a good selling point for potential customers I think.  The sleek black paint also gives the ASUS notebooks a more aggressive look than the aluminum MacBook. 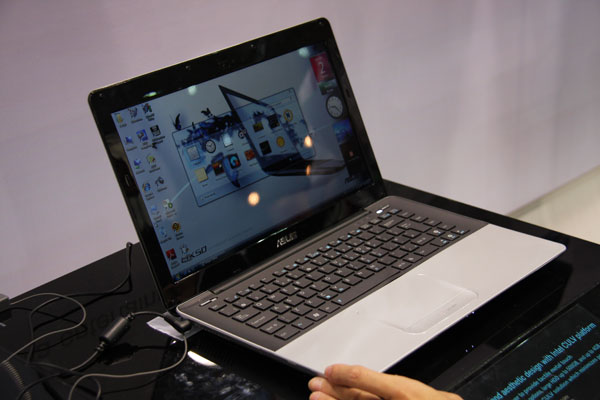 This is a 13.3-in derivative – very slick looking. 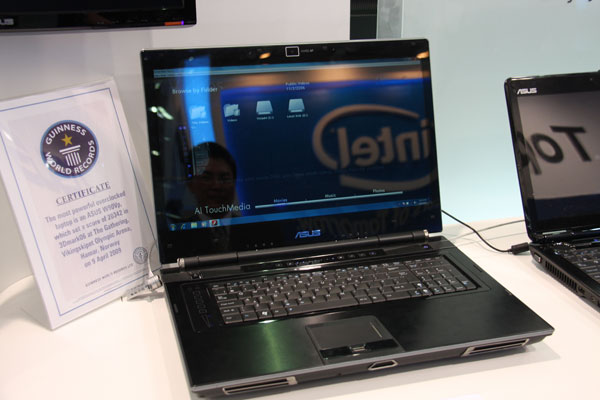 Although ASUS had PLENTY more notebooks on display, the last I’ll show you here is the new W90Vp – an incredibly powerful laptop.  It features an 18.4-in FHD display with a 1920×1080 resolution, support for the Core 2 Quad Q9000 processor, the Intel X38 chipset and ICH10R south bridge, up to 6GB of DDR2 memory, CrossFire ATI Radeon HD 4870s, support for dual 500GB hard drives, Blu-ray combo drive all in a super compact (heh) 12.5 lb package.

That game that came out yesterday

The pen is mightier than the car alarm