Though the ASUS name has become known for more than just motherboard, they aren’t ignoring what got them to where they are.  There were still plenty of new motherboards on display. 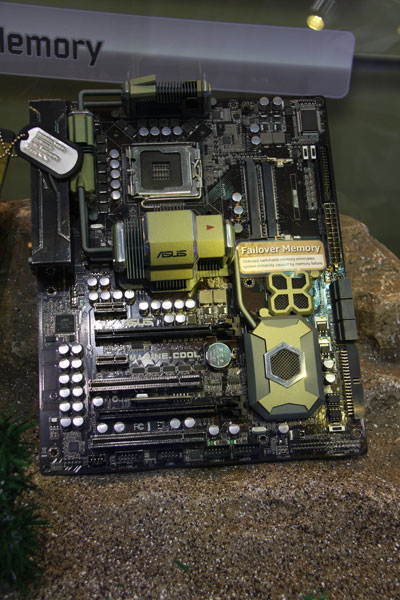 The concept Marine Cool motherboard is an exercise in building a “touch” motherboard.  It uses ceramics for cooling, as “failover memory” and uses an on-board polymer battery for backup during power loss.  Don’t expect to find this for sale anytime soon though it could point the direction of future product differentiation in this segment. 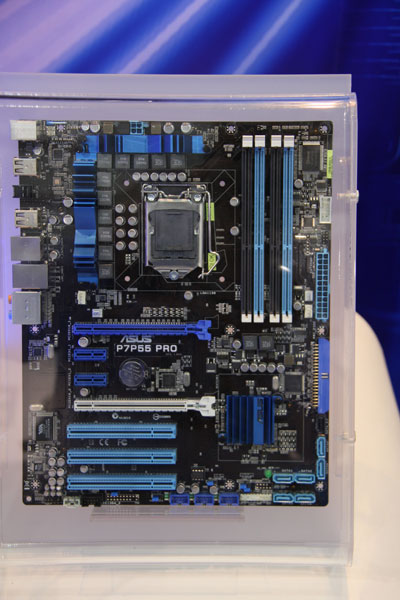 This is the first of many P55-based motherboards we saw, all prepared for Intel’s upcoming Lynnfield mainstream processor due out this fall.  (Finally.)  It supports a single x16 or dual x8 PCIe slots, four slots for dual-channel DDR3 memory and should offer quite a few higher-end features as well. 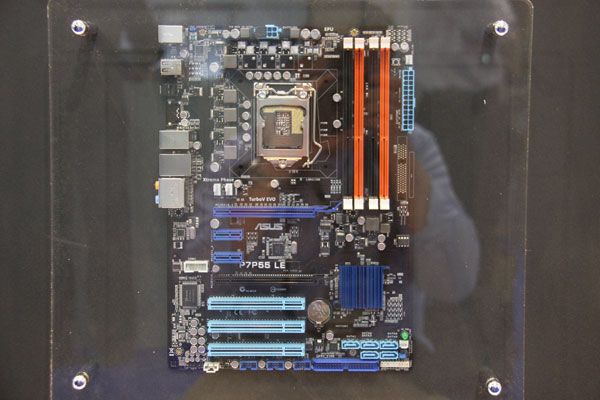 The slightly trimmed down P7P55 LE loses some of the power phases that the Pro model had above and cuts down on a few features as well. 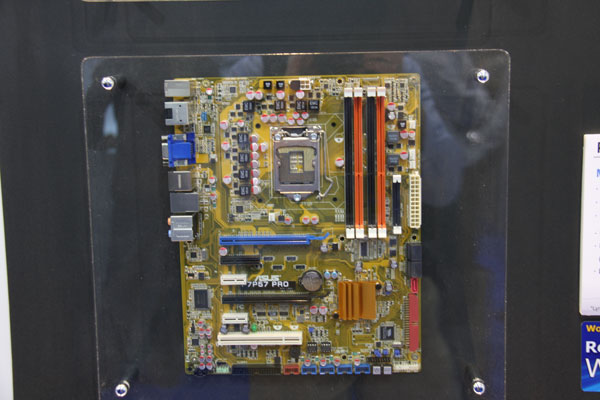 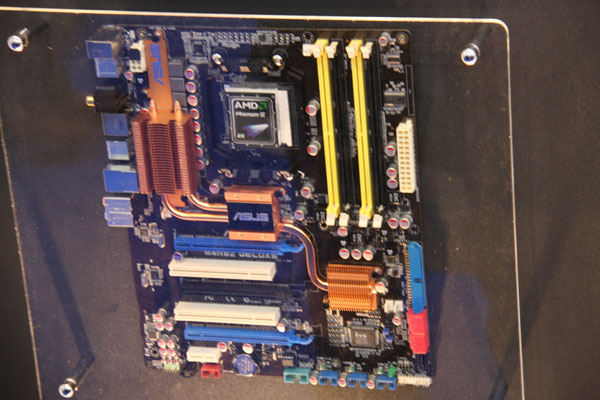 The M4N82 Deluxe was one of the few NVIDIA-based motherboards we saw during the entire Computex show.  It uses the NVIDIA nForce 980a SLI chipset and supports both AM3 and AM2 processors with DDR2-1300 memory.  It is also one of the few boards ready for 3-Way SLI.